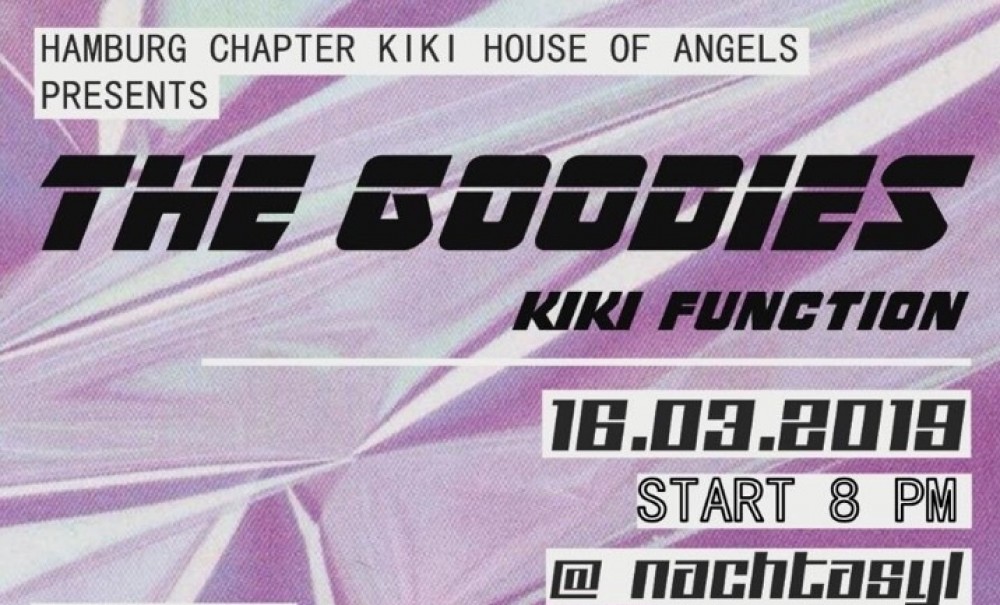 The Hamburg Chapter of The Kiki House of Angels takes you back to the 2000s with our THE GOODIES KIKI BALL. Our Kiki function is inspired by the early 2000s.
Categories: Runway / Best Dressed / Tag Team Baby Vogue / Face / Body / Olday vs. New Way / Vogue Femme / Sex Siren / Lip Sync / Vogue to Everything / Best Dressed Spectator + International Guests + Workshops + Session
Just as the House and Ballroom Culture itself, the Kiki Scene was born in NYC. What first started in the form of mock balls and made up houses to "kiki" with one another was later formed into an actual scene dedicated to and focused on black and Latinx LGBTQ youth. The intent was to educate and strengthen the younger community. Ballroom Culture became a medium to provide health outreach and create a safe haven to escape everyday life and challenges, as well as helping to master them. Over the years the kiki scene has grown way beyond that and has become very much like the main scene in many ways. However, the initial idea remains.
In the context of ballroom and voguing, a Kiki Function or Kiki Ball is as mentioned before more about the younger generation and about having fun, the competition level is not the first priority. If you enjoy fashion, dance, and creativity, this can be your space to express yourself freely and learn a thing or two on the way. For existing members of the community, it also gives them a chance to try out new categories they have never walked before or would not walk in the main scene.