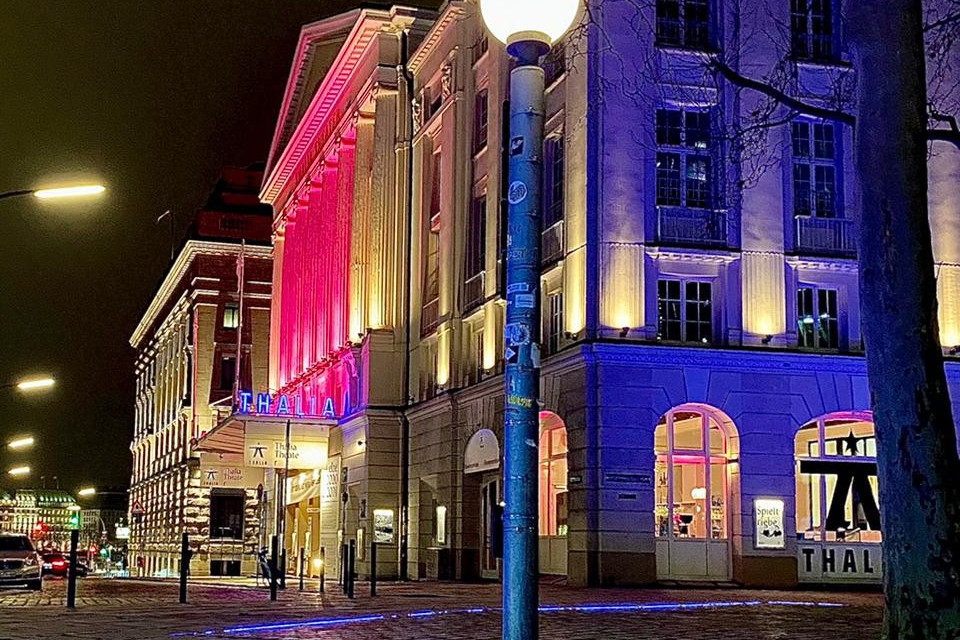 How to get here

Take the S-Bahn or tube U1, U2, U4 to Jungfernstieg or U3 to Mönckebergstraße

By foot it is 10min from Hauptbahnhof

Busses stop at Jungfernstieg and Gerhart-Hauptmann-Platz.

Your ticket is valid to take you to the show and home under HVV conditions.

The Adress is Alstertor 1, 20095 Hamburg / Parking is available at the multi-story car parks from Karstadt, Europa-Passage or in Raboisen Street. 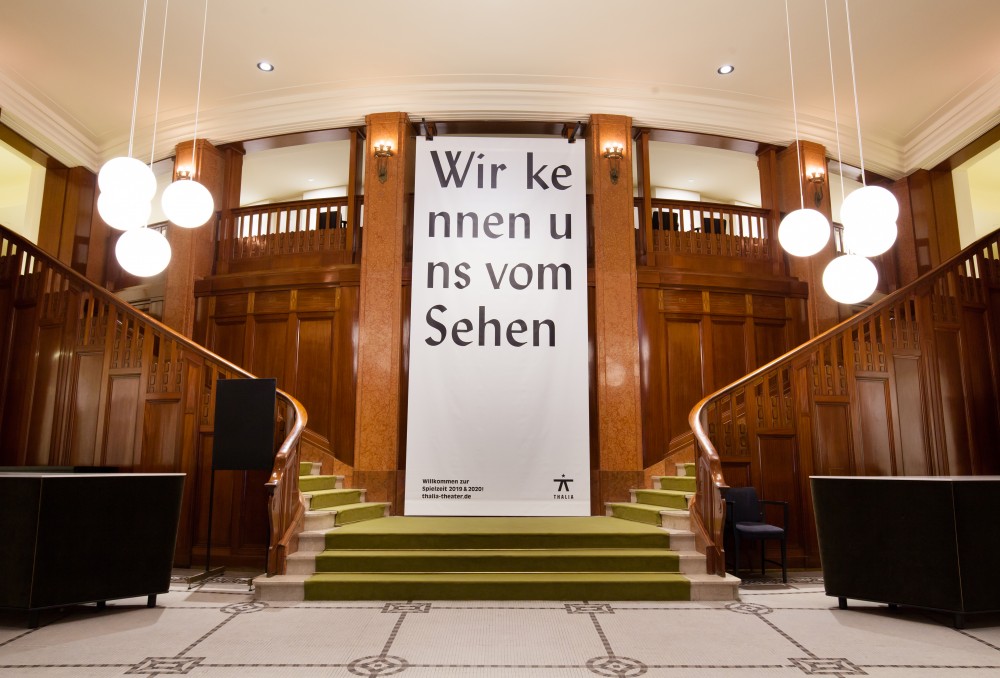 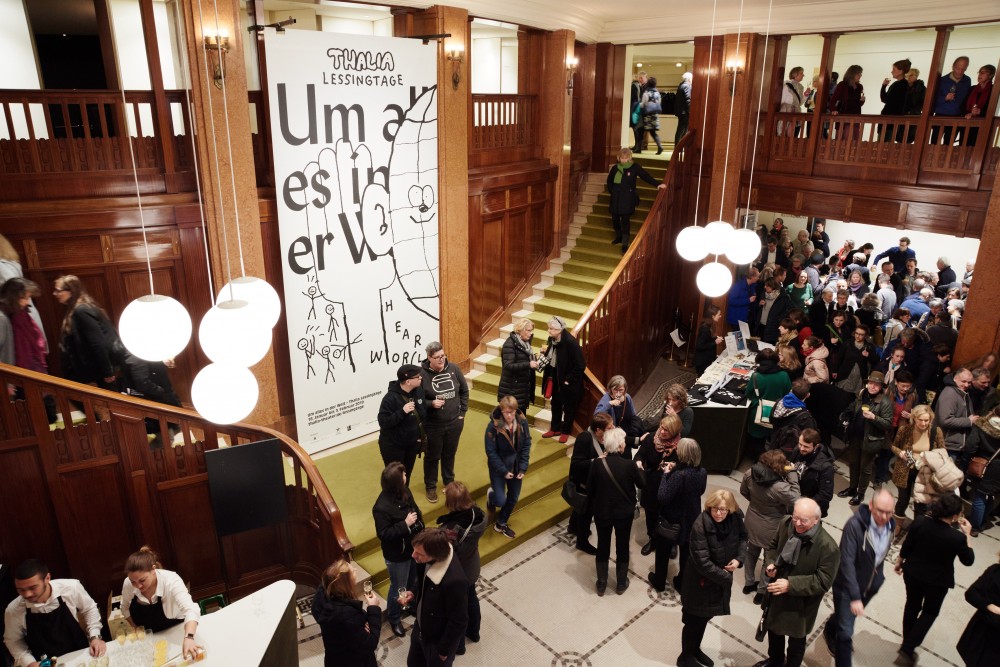 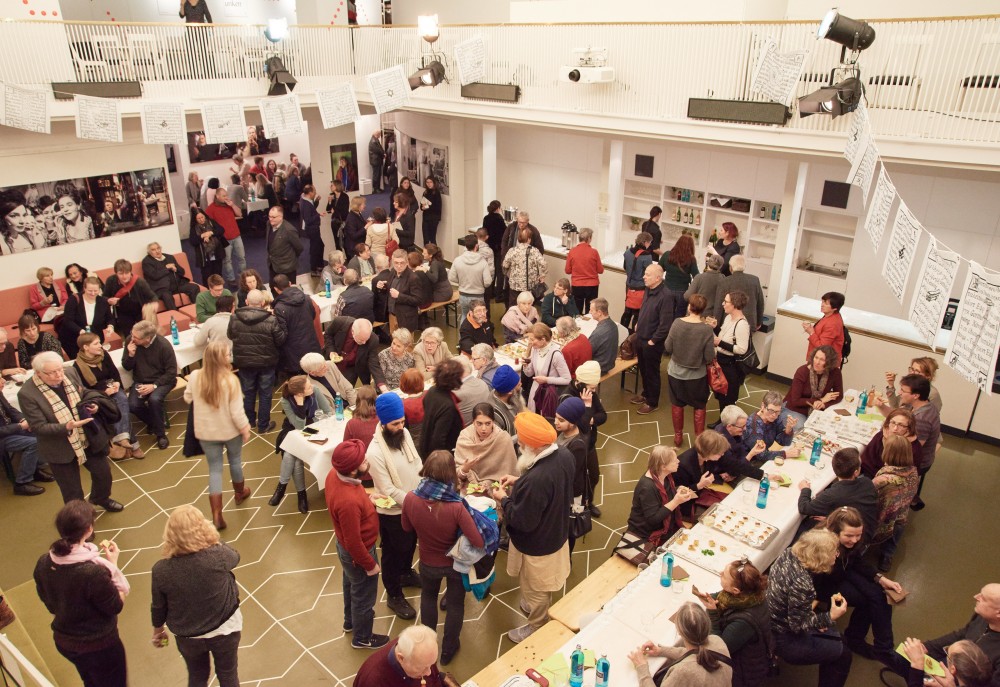 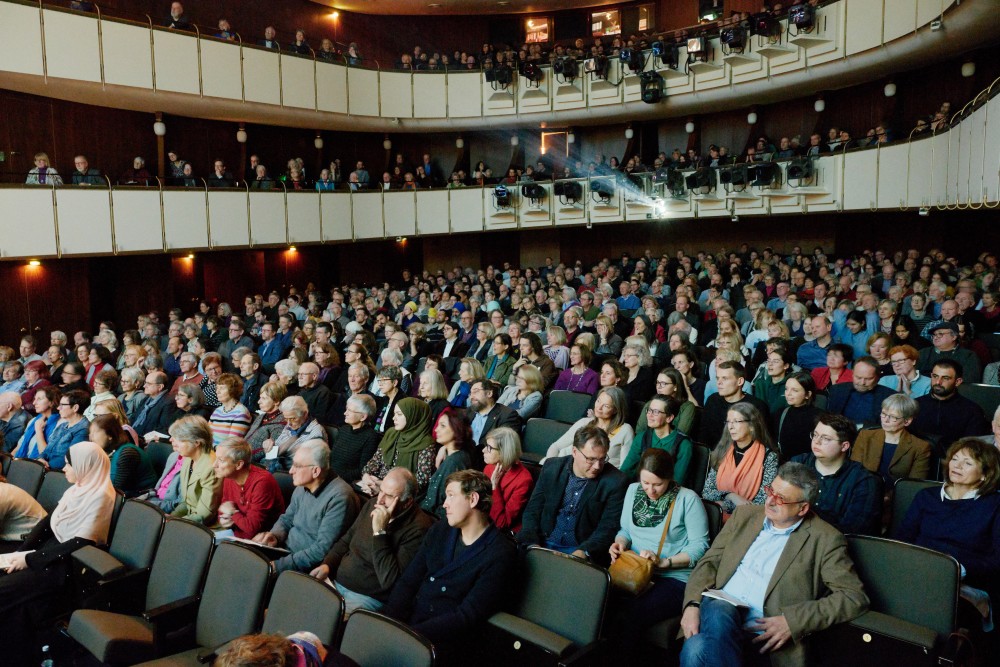 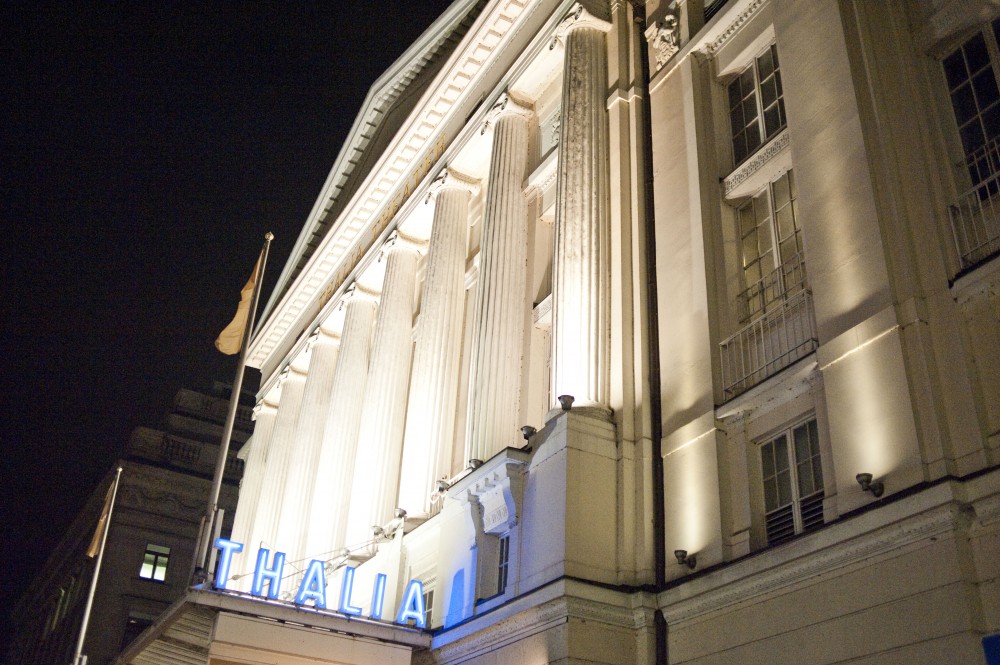 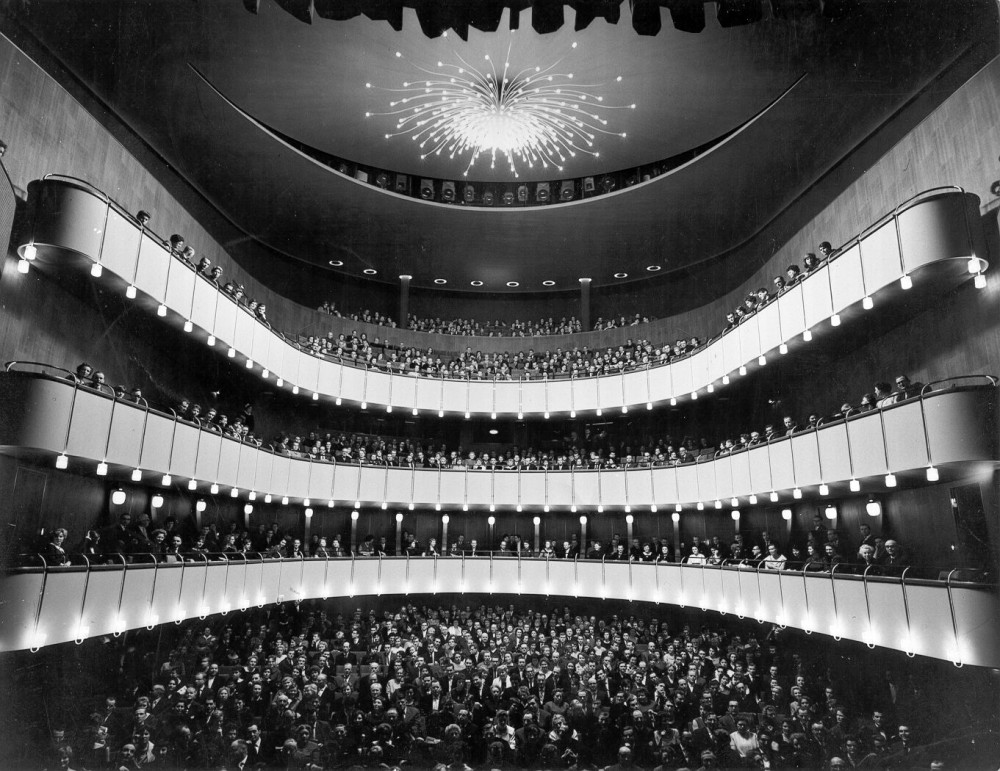 When Cheri Maurice was given a licence to open a theatre in the city of Hamburg in 1843, he was forbidden from staging any serious plays, in order to protect the city theatre on Dammtorstraße. So he named his theatre after the Greek muse of comedy and poetry, Thalia and officially opened the venue on 9th November 1843, directly opposite where it stands today.

Building on the hard work of Maurice and his successors, a bigger theatre was erected in 1912 on what is now Gerhart Hauptmann Platz, opened by Leopold Jessner. However the theatre was largely destroyed during the Second World War and was only restored at the end of the Fifties. It re-opened in December 1960.

Willy Maertens took over as Artistic Director in 1946, followed by Kurt Raeck from 1964 to 1969, and then Boy Gobert. Gobert wanted to promote contemporary director’s theatre, working with the likes of Peter Zadek, Hans Neuenfels and Jürgen Flimm. In 1972 he opened a studio space, the TiK – Thalia in the Kunsthalle (Art Gallery), as a second performance venue. From 1980 to 1985 the ensemble chose Peter Striebeck as Artistic Director, who handed the baton over to Jürgen Flimm.

If, up until then, Thalia’s public image had been somewhat bourgeois, Flimm led the theatre in a brand new, very modern direction, working with directors like Jürgen Gosch, Alexander Lang, Ruth Berghaus, Thomas Langhoff and George Tabori. Robert Wilson’s musicals (collaborations with Tom Waits and Lou Reed) are legendary and have toured the world. The theatre was frequently invited to the Berlin ‘Theatertreffen’ event and was voted Theatre of the Year. And in the process, Thalia became the most commercially successful spoken word theatre in Germany.

After Jürgen Flimm, Ulrich Khuon took over at the theatre and in his very first season he opened ‘Thalia Gaußstraße’. He looked for directors who put a strong stamp on their work (Andreas Kriegenburg, Stephan Kimmig, Michael Thalheimer, Armin Petras) and focussed on staging world premieres. The ‘Autorentheatertage’ Festival was introduced to promote upcoming writers and the Körber Studio Young Directors event, a collaboration with the Körber Foundation, was launched to create a platform for young directors. The theatre still received many invitations to the Theatertreffen and was selected as Theatre of the Year. Its commercial success continued.

Summer 2009 saw Joachim Lux appointed as Thalia’s new Artistic Director. From his very first season he was able to attract top class directors to the theatre: Luk Perceval as director in residence, as well as Nicolas Stemann, Jan Bosse and Dimiter Gotscheff to name but a few. Lux is a strong advocate for promoting understanding between cultures, classes and religions, themes that are also the cornerstone of multicultural festival ‘For the World – Lessingtage’. This has been taking place at Thalia between the end of January and the start of February since 2010, inspired by Lessing’s progressive ideas, with renowned international guest plays coming to perform. Furthermore the topics and material covered on the programme reflect a tendency to focus more intensively on the ‘world’ and less on introspective psychology. Numerous invitations to take productions abroad – from places including Russia, China, Bogotá and many European countries – as well as countless awards for actors, productions, directors and set designers reflect the continued excellence of Thalia and its staff.

The old Thalia theatre building was designed by architects Franz Georg Stammann and Auguste de Meuron and built in 1843 opposite the current venue. Under the management of director Leopold Jessner the bigger new building (designed by architects Werner Lundt and Georg Kallmorgen) held 1300 seats and was opened on the site of the horse market in 1912, which today is Gerhart Hauptmann Platz. The building was largely destroyed during the Second World War, restored towards the end of the 1950s and re-opened in December 1960.

Thalia is one of three Hamburg state theatres, a spoken word theatre with a regular ensemble that performs to great acclaim. The main stage sits approximately 1000 people and the repertoire comprises of around 20 productions, that change on a daily basis, or are performed in blocks. Each season we stage nine or so new premieres on the main stage at Alstertor.

Next at Thalia Theater, Alstertor
07 Oct