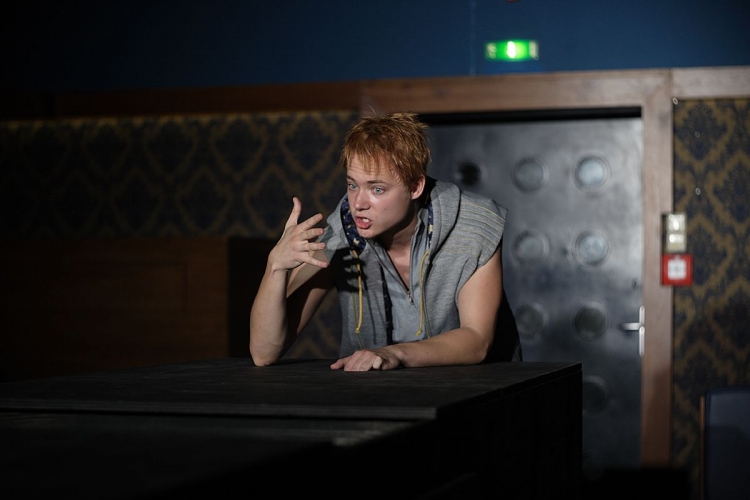 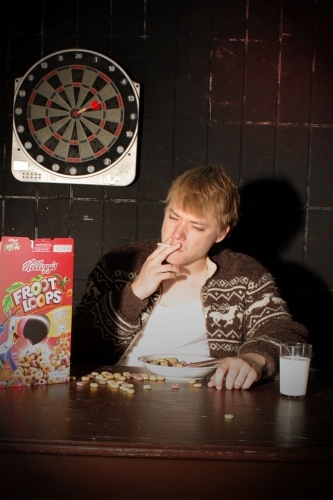 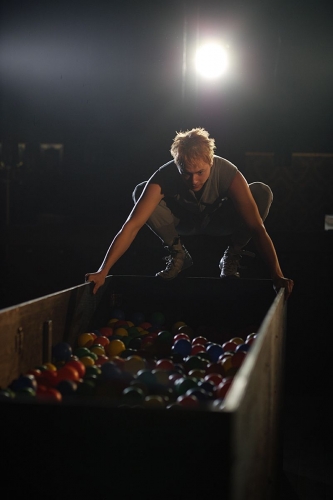 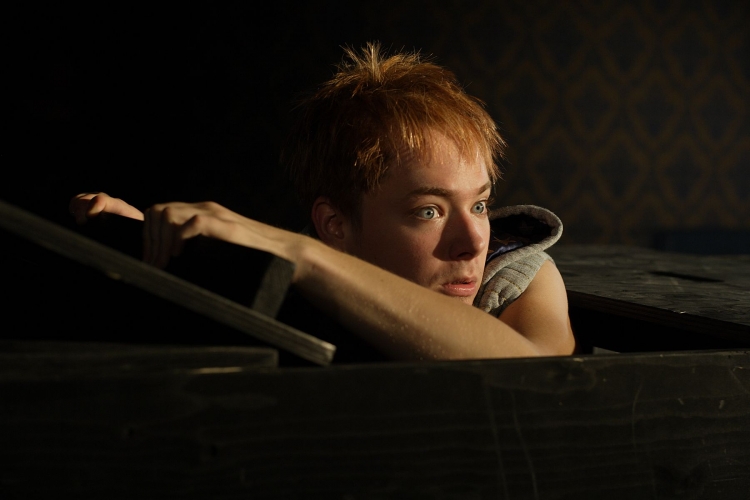 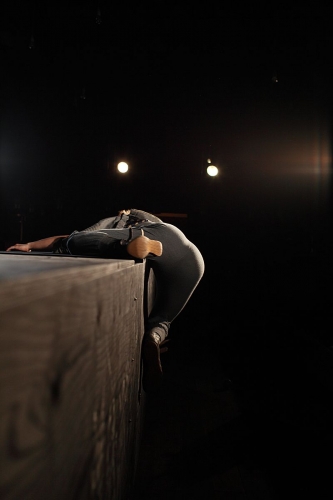 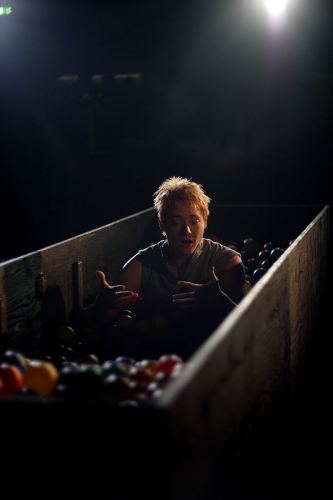 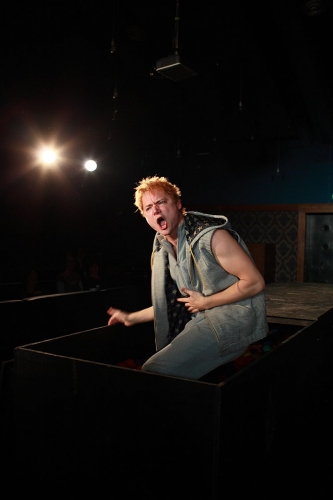 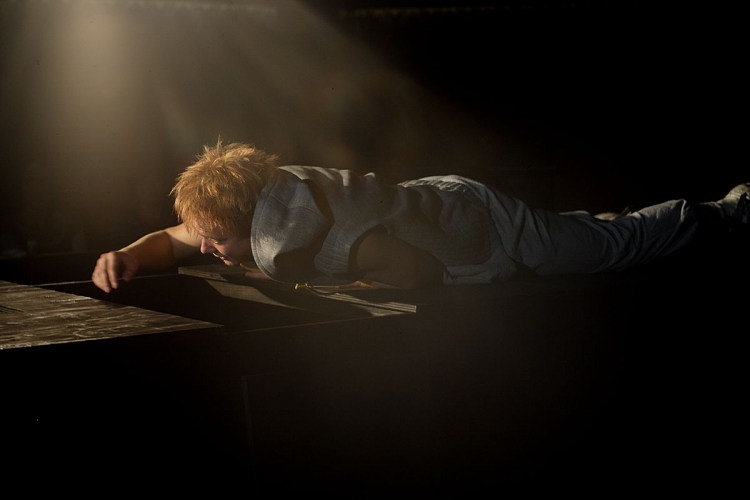 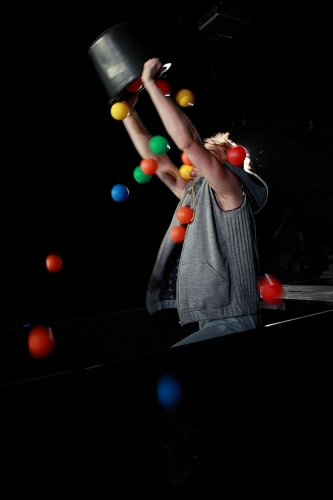 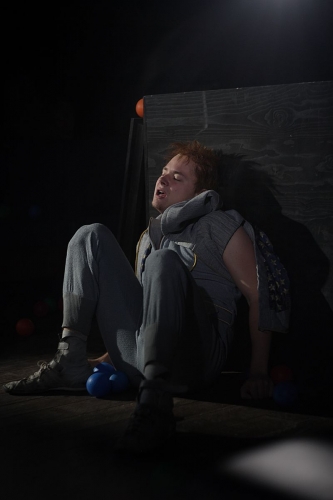 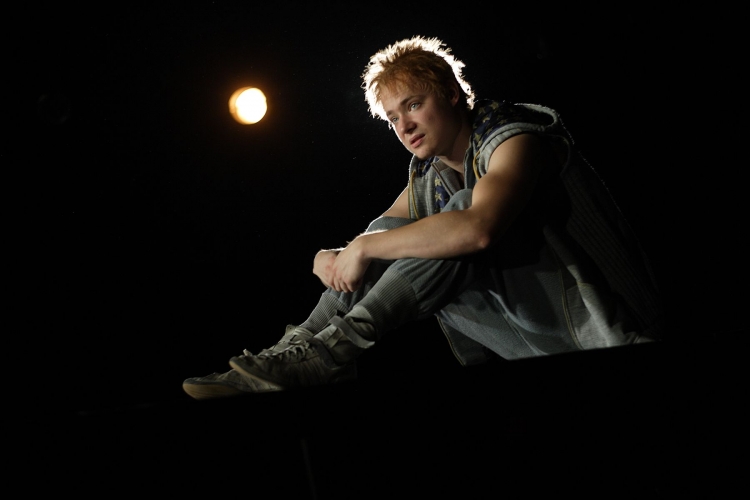 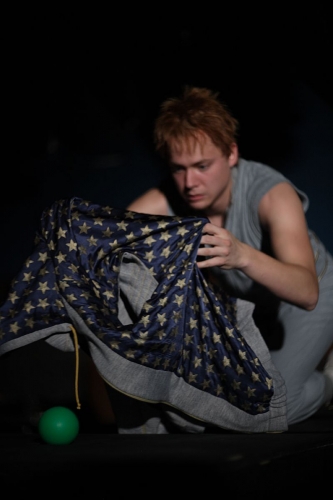 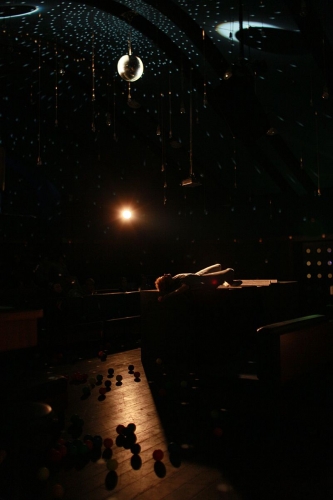 The life of a 24-year old man takes an unintentional turn towards normality after he gets a girl pregnant at a party: two children, a terraced house in the suburbs, a nine-to-five office job. The young father cannot cope with the pressure to conform and he panics: One Friday he throws his computer out of the window and quits his job. But instead confessing to his wife that he has failed as the provider for his small family, he gets plastered with his friends. Alcohol: the cause and solution of all problems? He sets off on an inebriated trip through the weekend, over the course of which he gets involved with a woman, hospitalises a man after a fight and by the end still finds himself back in his terraced house, standing by his children sleeping in their beds. The question remains: How did I get here?

‘Rum & Vodka’ describes the adolescence of a young man, who cut short his time for growing up. The narrator must surrender not only to this responsibility but also to the pressure to conform, instigated by his environment. How easy is it to lead a middle-class life, in accordance with these expectations? How overbearing is it, to contrast his realisation of his responsibility with others?