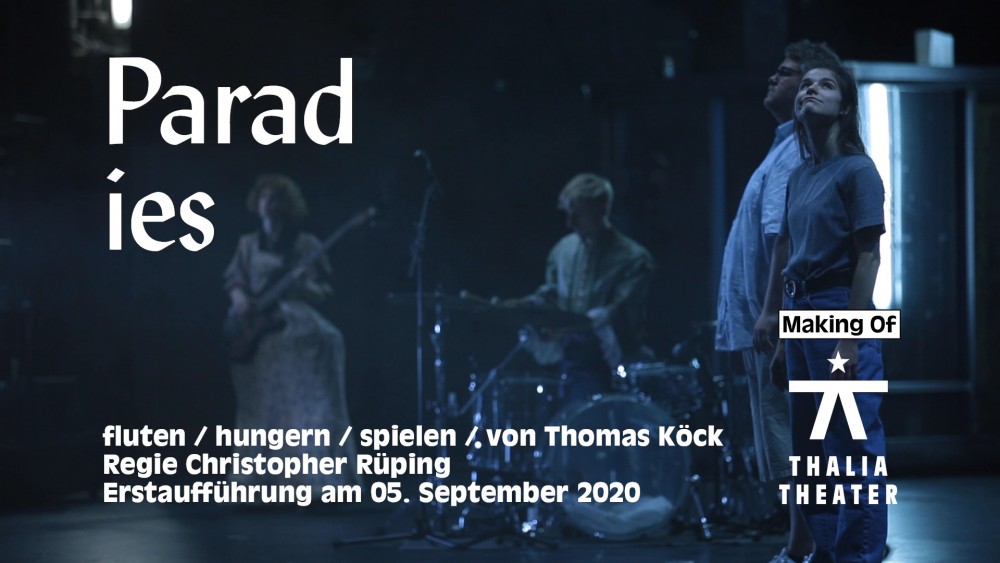 Chat live here during the showing of the Stream (Friday26th)

A high speed train races through Europe at a relentless pace. Images whizz past the window: exploitation and self-exploitation in an era of capitalism. Thomas Köck collects and collages scenes of crises, misjudgements, experiences of failure and paranoia, which define everyday life. The way in which a virus can corrode everything and make us question it all: two children wearing face masks and protective clothing stand outside the door of their father’s hospital room. He set himself on fire in the basement. They don't dare go in. In China, a man and a woman are on their way to the border to enter Italy as illegal immigrants, where they find the same working conditions they had at home: ‘Made in Italy’. A war reporter is stuck in a luxury hotel in the desert. The Amazon rubber boom of the 19th century impacts the fate of a dancer today. She practices the capitalist logic of self-optimisation in a crazy way. A war reporter is stranded in a luxury hotel in the desert. A man leaves his flat and travels out of the city to the margins of society, where he was brought up. A conductor says: "We took a wrong turn, decades or centuries ago, I don't know how long we've been driving around in circles here."

With "Paradise", Christopher Rüping stages a condensed version of Thomas Köck's complete "Klimatrilogie": "The text is pervaded by images, by historical and contemporary realities, by real people and places."

In German with Englisch subtitles

„“Paradise” was staged by Christopher Rüping, one of Germany’s most exciting young directors, who has a flair for high-octane productions that muscularly fuse together clever stagecraft, propulsive live music and fearless acting. In “Paradise,” Rüping combines these elements into gripping theater that pulsates with energy and purpose. Photographs and projected text add a documentary-like feel to the production, while Peter Baur’s set provides fluent transitions between episodes.“ - A.J. Goldmann, New York Times, 01.10.2020

„The four members of the cast (joined onstage by four musicians) form a tight unit. Maike Knirsch gives a standout performance as a photojournalist trapped in the hotel in Baghdad. But even the characters in “Paradise” who are free to roam as they please are at the mercy of forces beyond their control.“ - A.J. Goldmann, New York Times, 01.10.2020 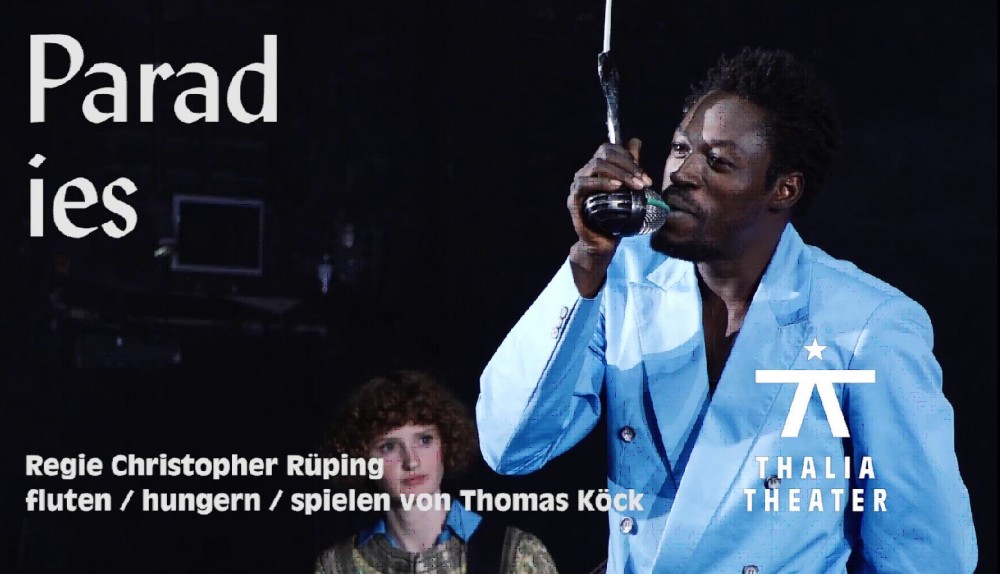 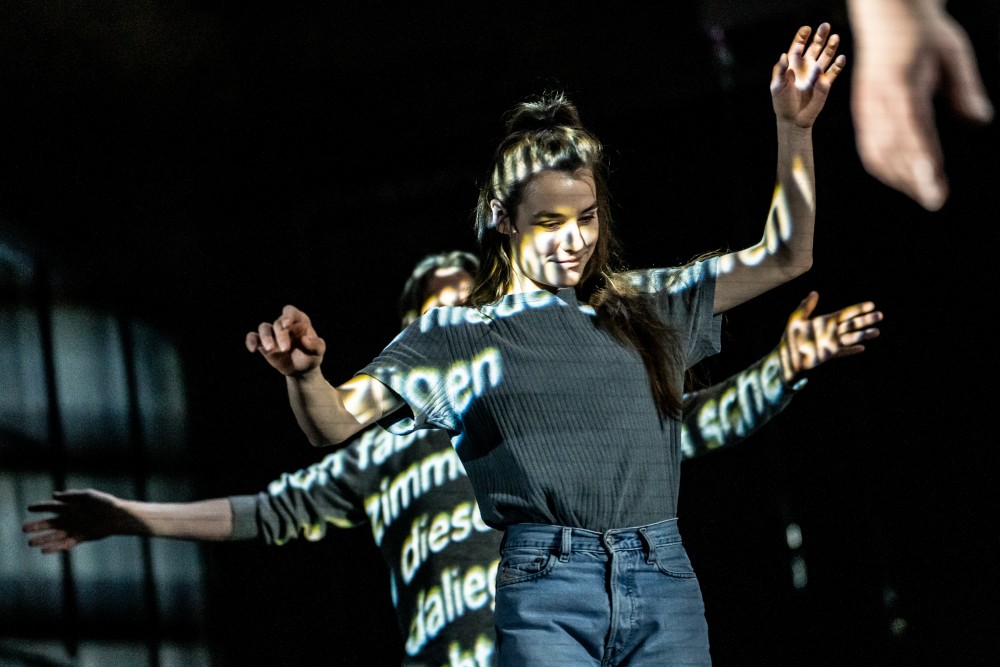 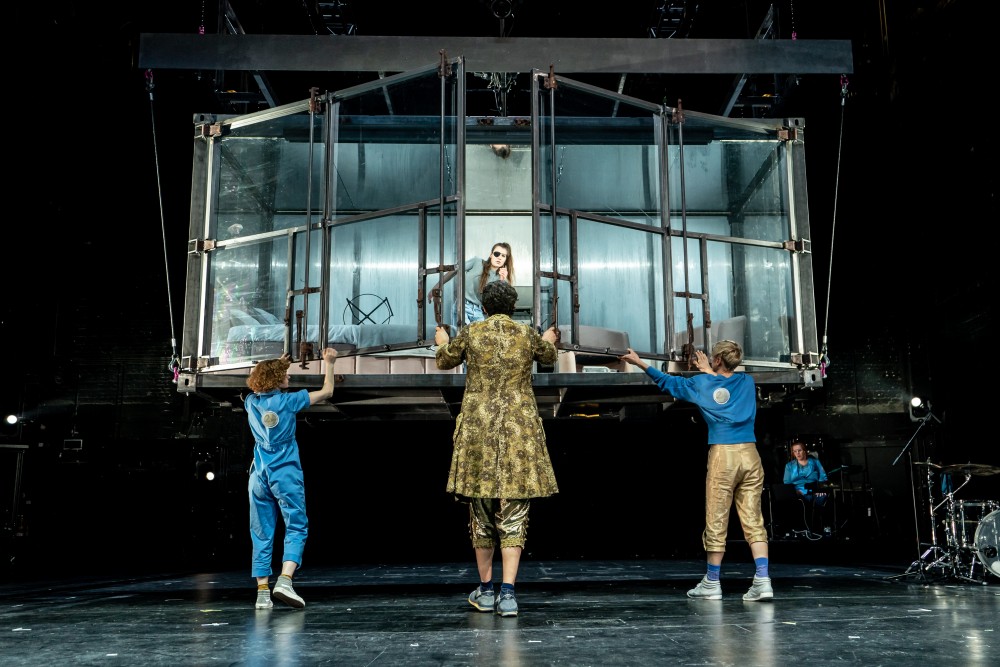 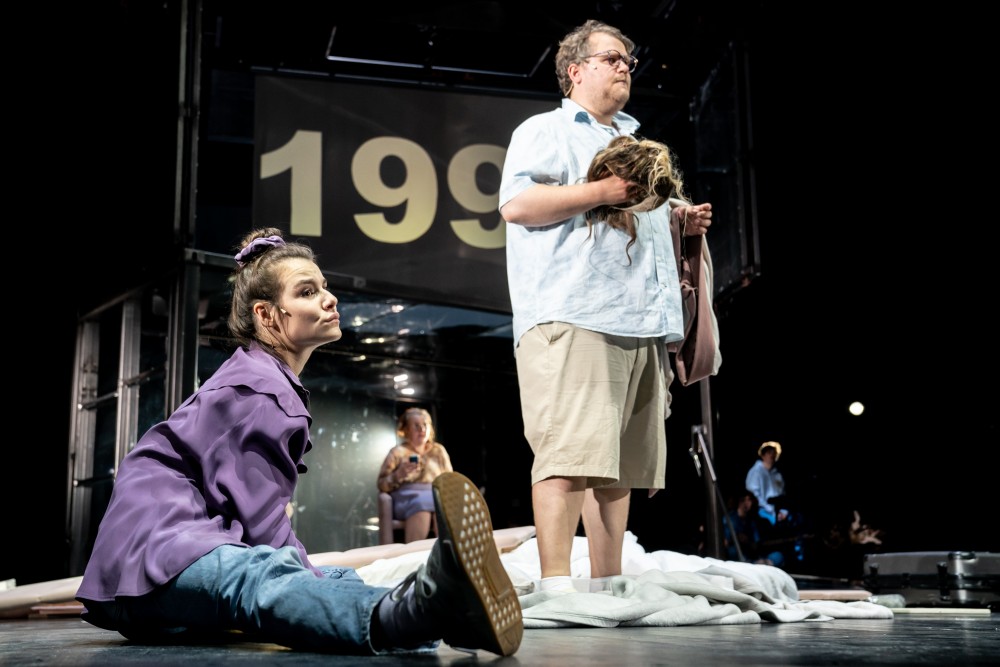 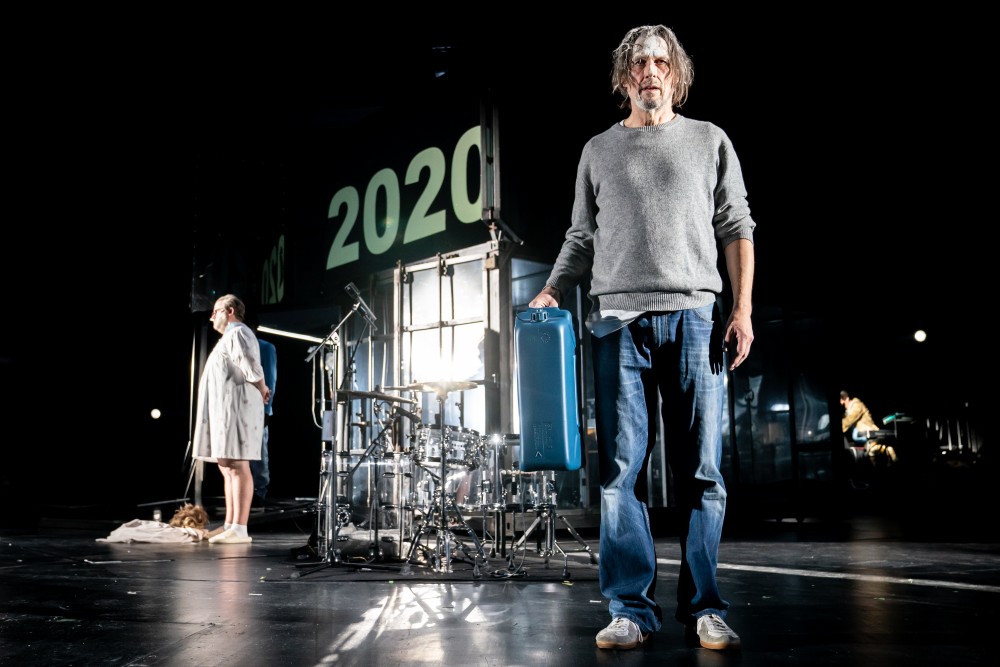 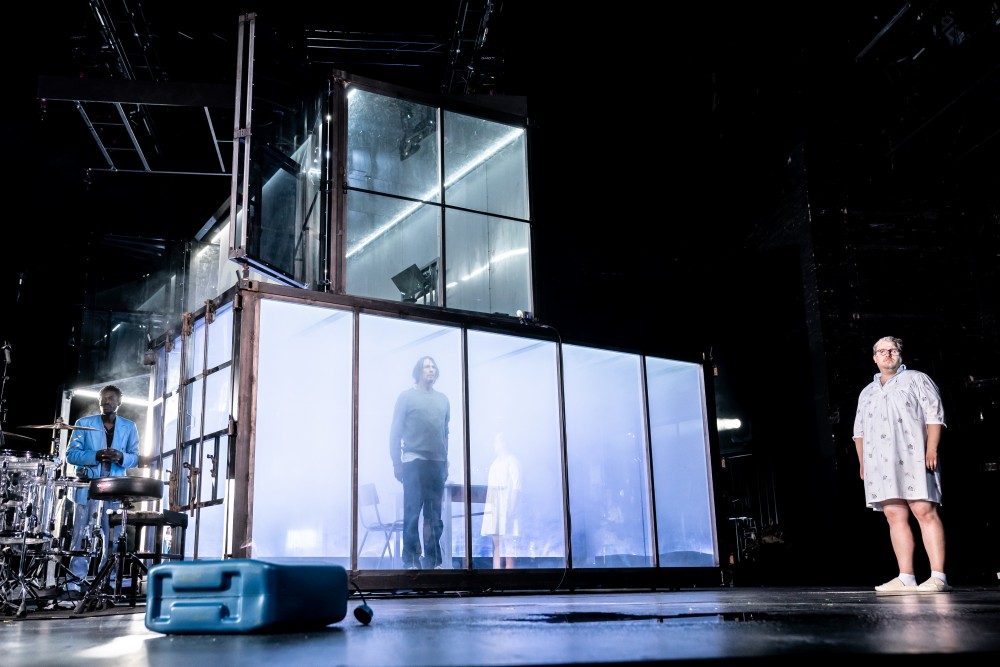 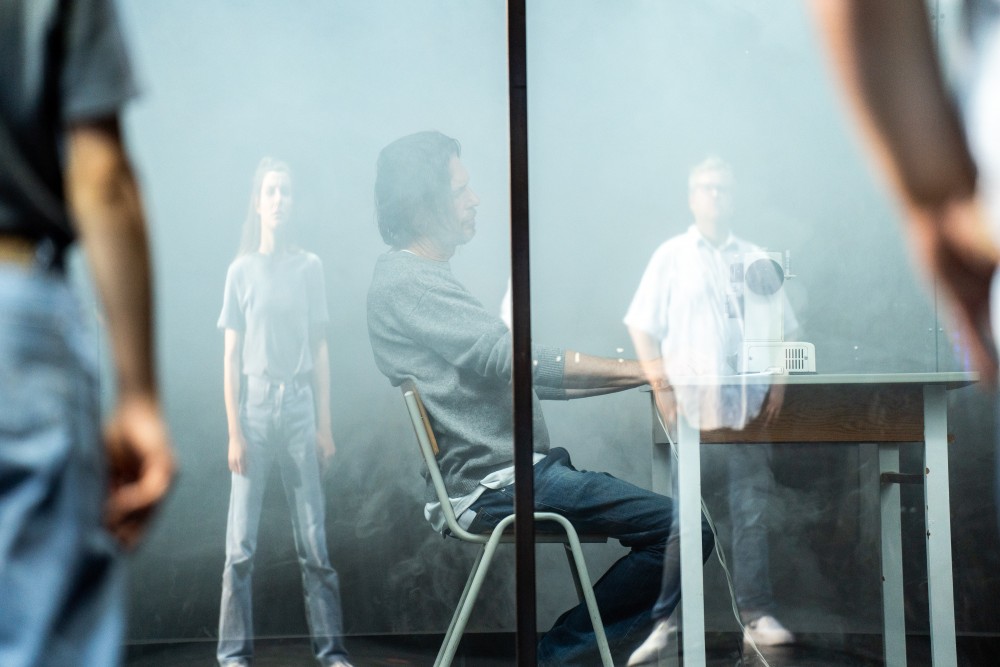 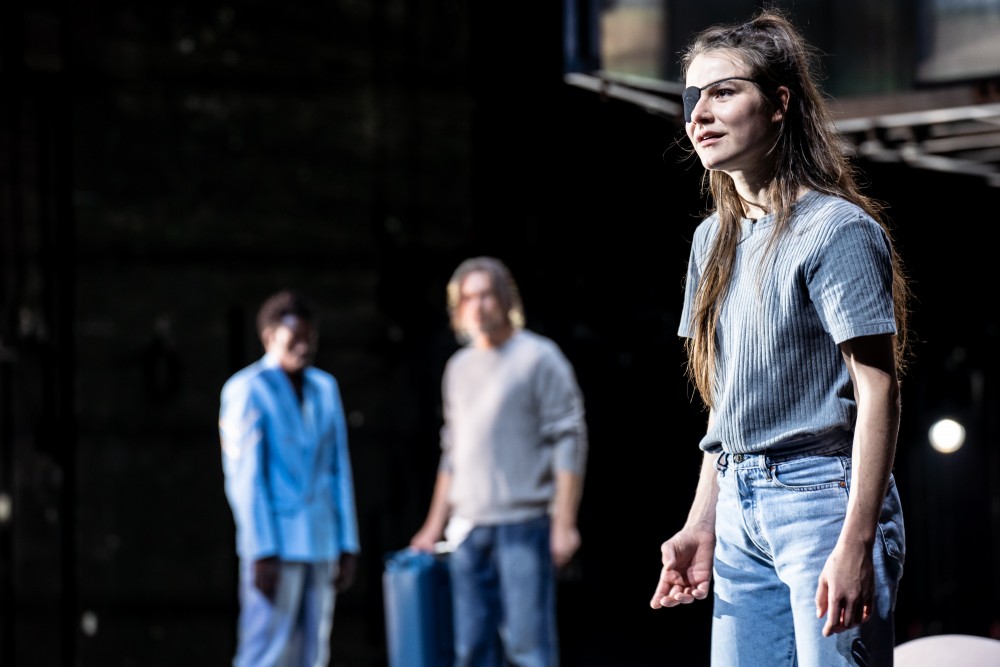 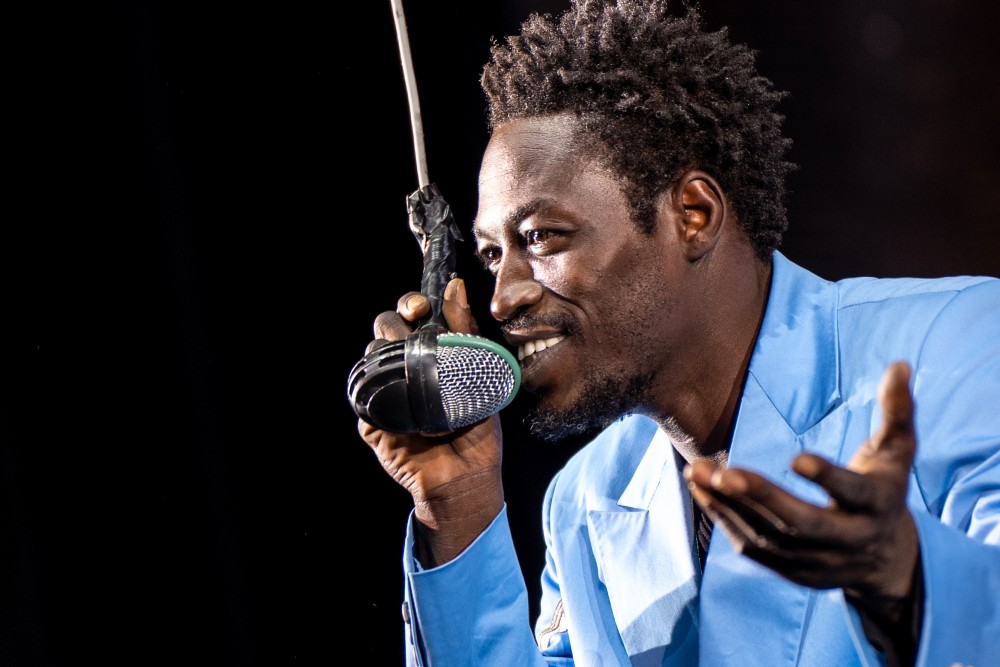 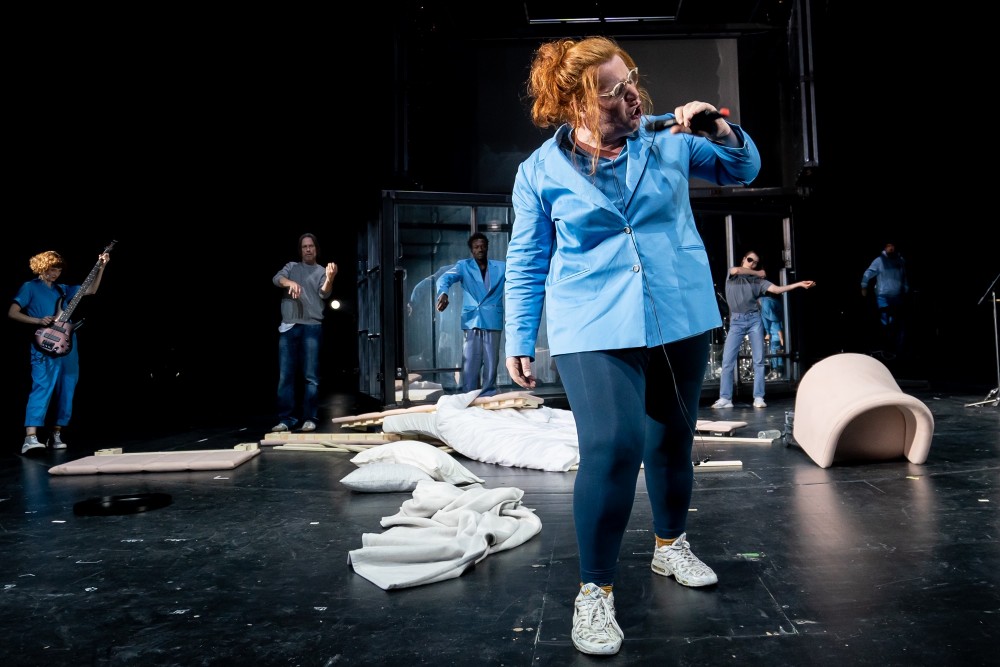