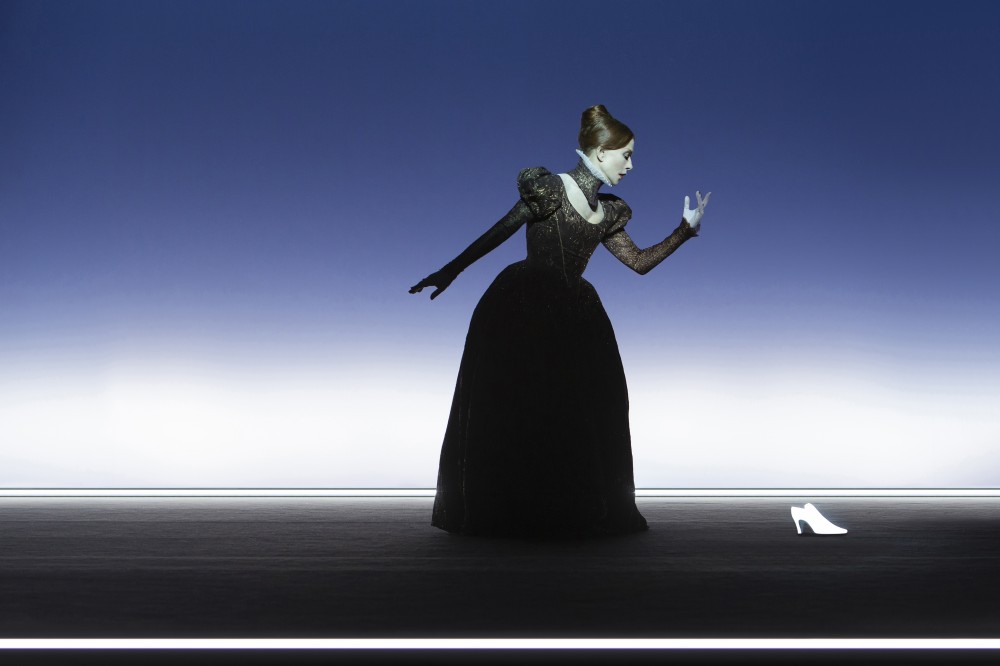 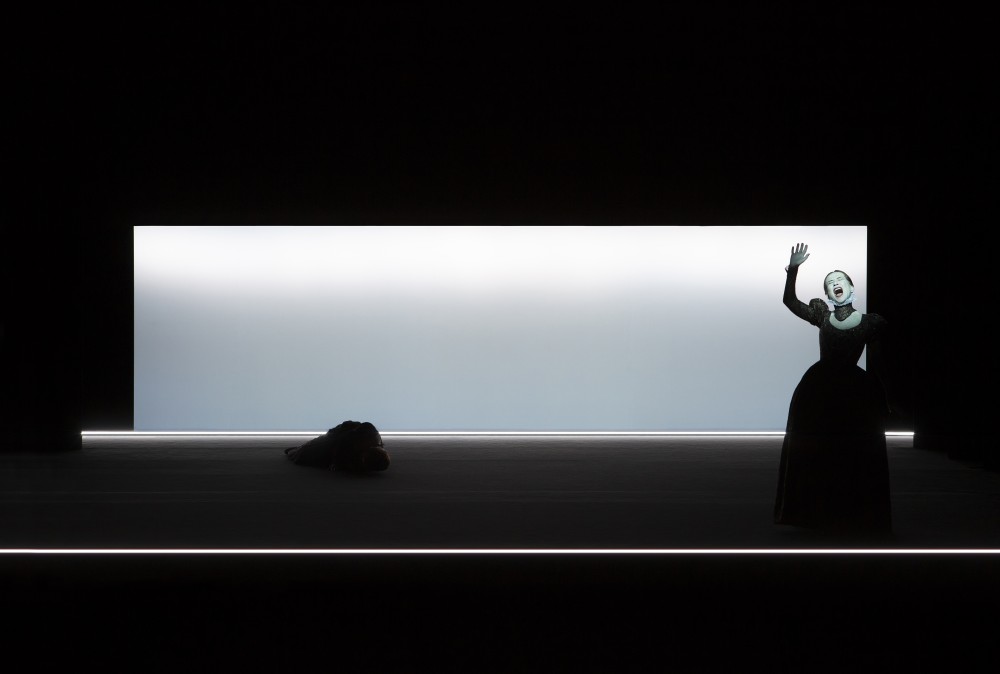 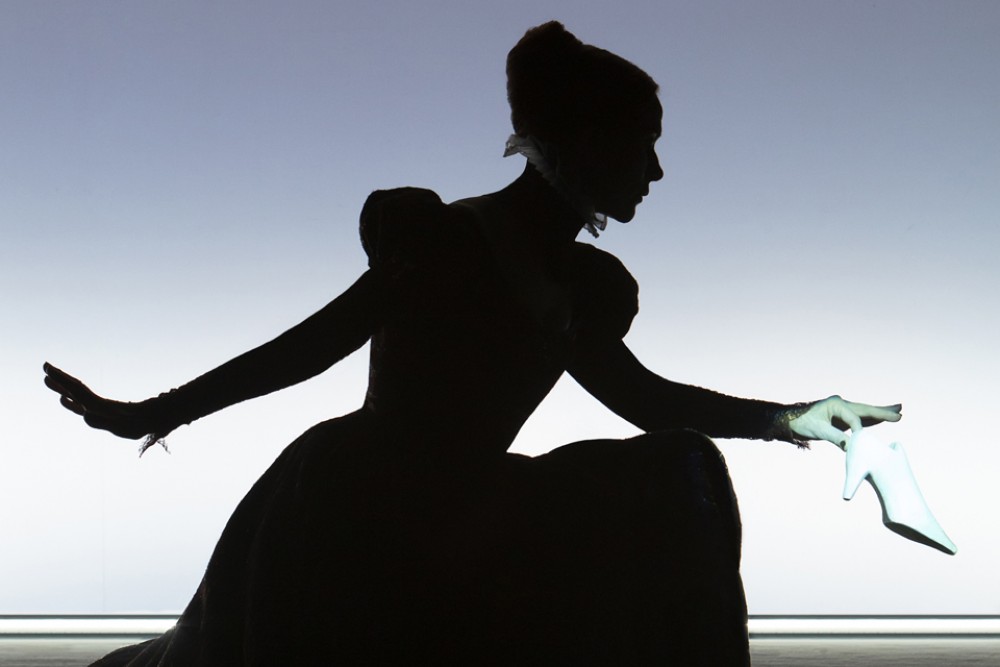 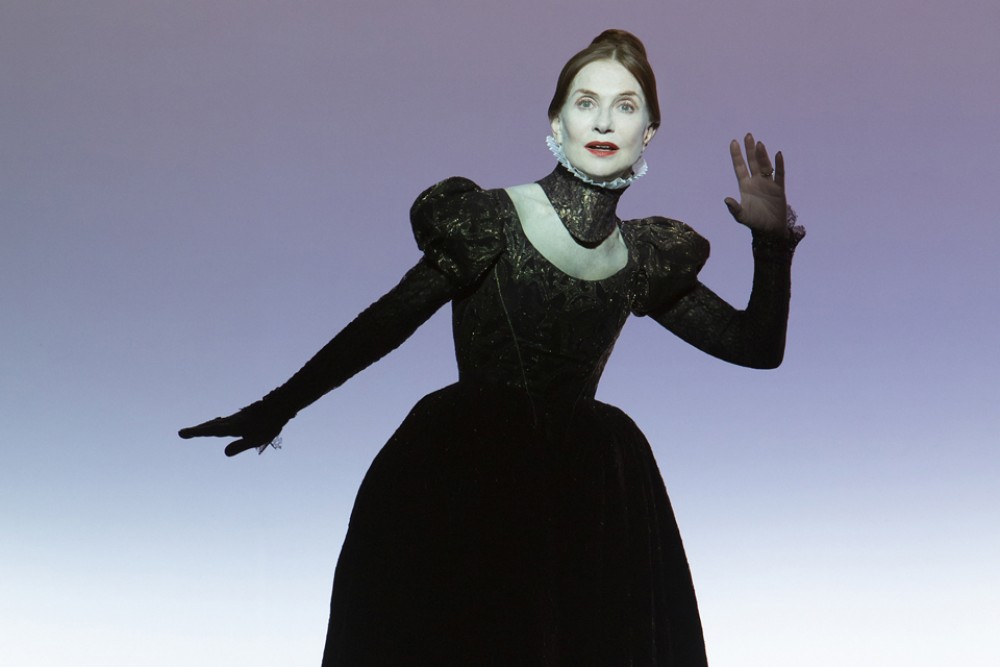 Following the legendary success of ‘The Black Rider’, ‘Alice’ and ‘Time Rocker’ in the 1990s, theatre visionary Robert Wilson is finally back at Thalia with ‘Mary Said What She Said’, featuring Oscar-nominated superstar actress Isabelle Huppert in a spellbinding solo performance.

From the pen of Wilson’s long-time writer Darryl Pinckney, who previously wrote the monologue ‘Orlando’ in 1993 for the Wilson/Huppert dream team, comes this new treatment of well-known historical material on Mary Stuart, Queen of France and Scotland. A story of love, power, betrayal – and of an irrepressible desire for freedom, performed by one of the most charismatic actresses of our time. It is an engaging portrait of a strong, extraordinary personality, a woman who fought passionately for her version of history, right up to the moments before her execution.

„Mary talks. And talks and talks. And while she talks, as if she’s trying to escape her fate, her whole world passes away. Bob Wilson premieres the solo from Scottish Queen Mary Stuart at the Pariser Théâtre de la Ville with Isabelle Huppert, like a battle of language against the world’s noise.“ Eberhard Spreng, Deutschlandradio Kultur, Fazit, 22.05.2019

A Note on "Mary Said What She Said"
by Darryl Pinckney

Mary Stuart, born in 1542, became Queen of Scotland when she was six days old.