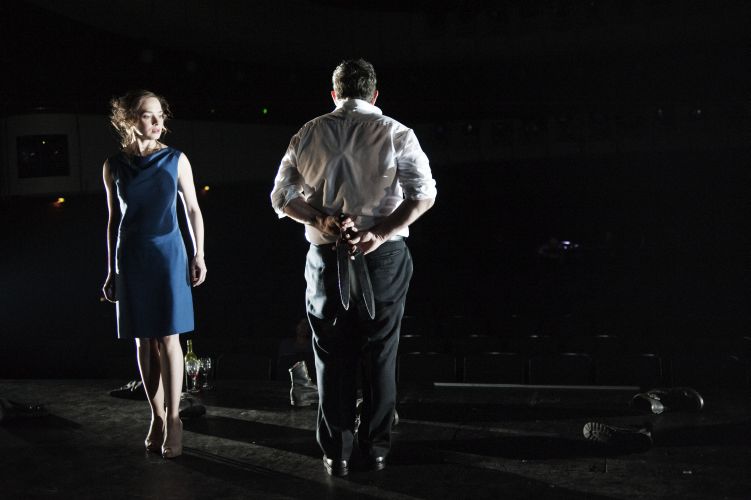 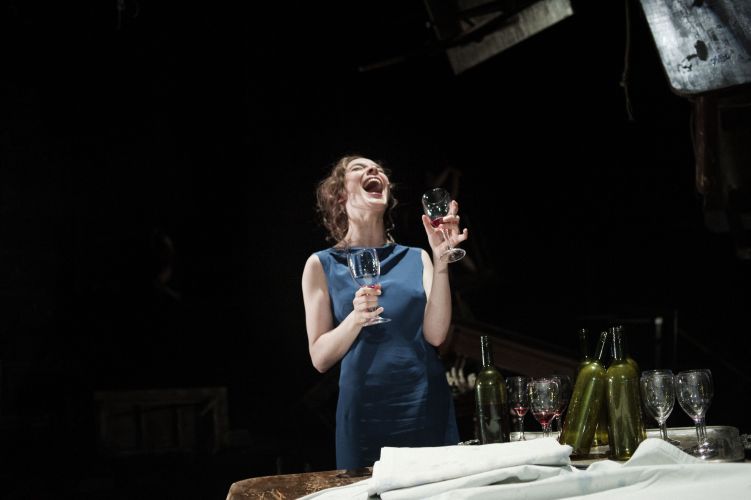 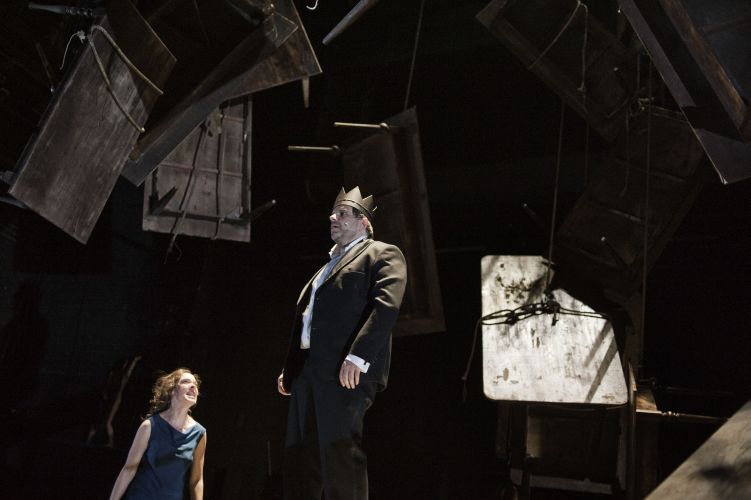 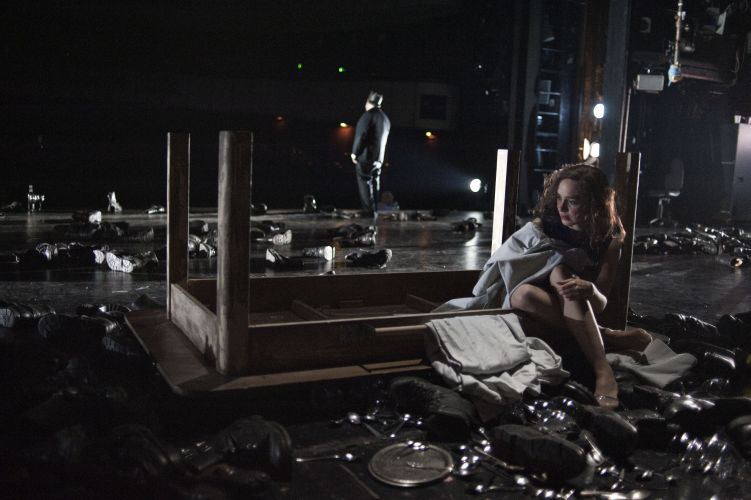 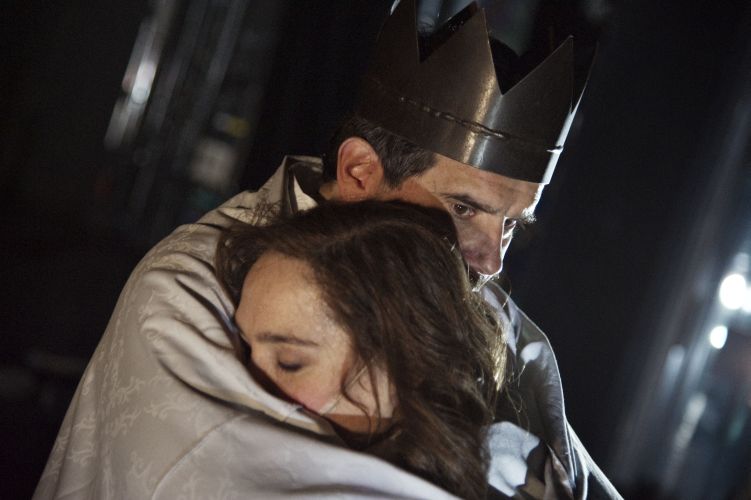 “In Macbeth and Lady Mcbeth I have seen uncountable married couples who are dealing with fear. Fear is for me the essential theme in “Macbeth”. - Luk Perceval

Macbeth returns from the wars as a general; killing was his business. His wife, Lady Macbeth, has lost a child, their marriage without issue. The couple cannot resist the voices of the witches: Macbeth will be king – but at what price? Driven by the instinct to survive, Macbeth sees only one escape from his fear: to make it all the way to the top. He kills King Duncan in his sleep –thereby choosing his own death. For this murder is but the first of many compulsive killings and as pretenders to their assumed throne, the couple encounter their demons. Both their paths lead inexorably to self-destruction and only in the face of death does Macbeth realize the futility of his struggle.

A co-production with the Ruhrtriennale