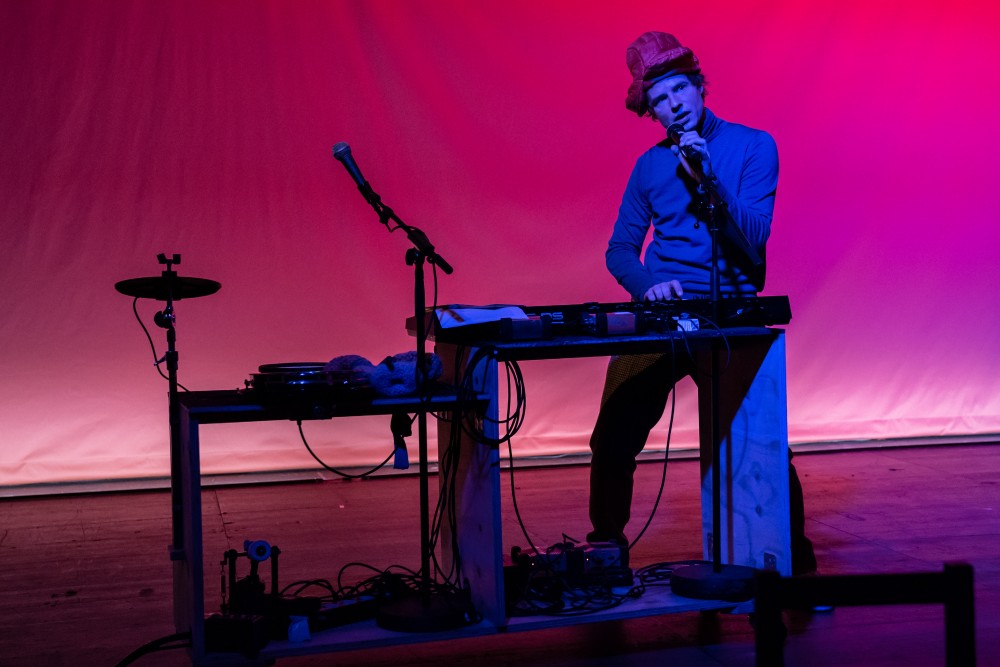 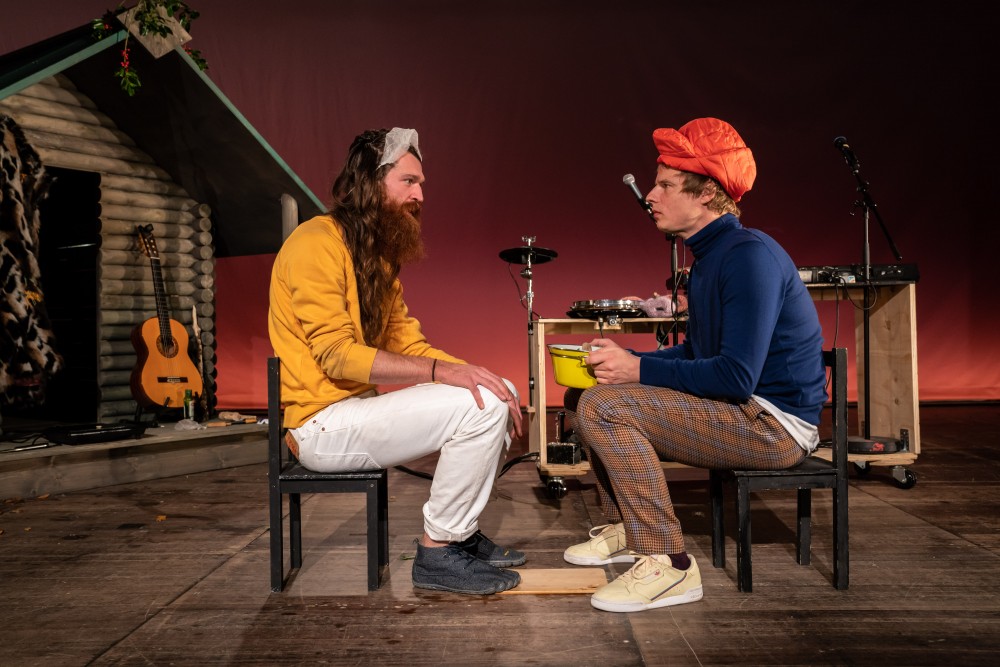 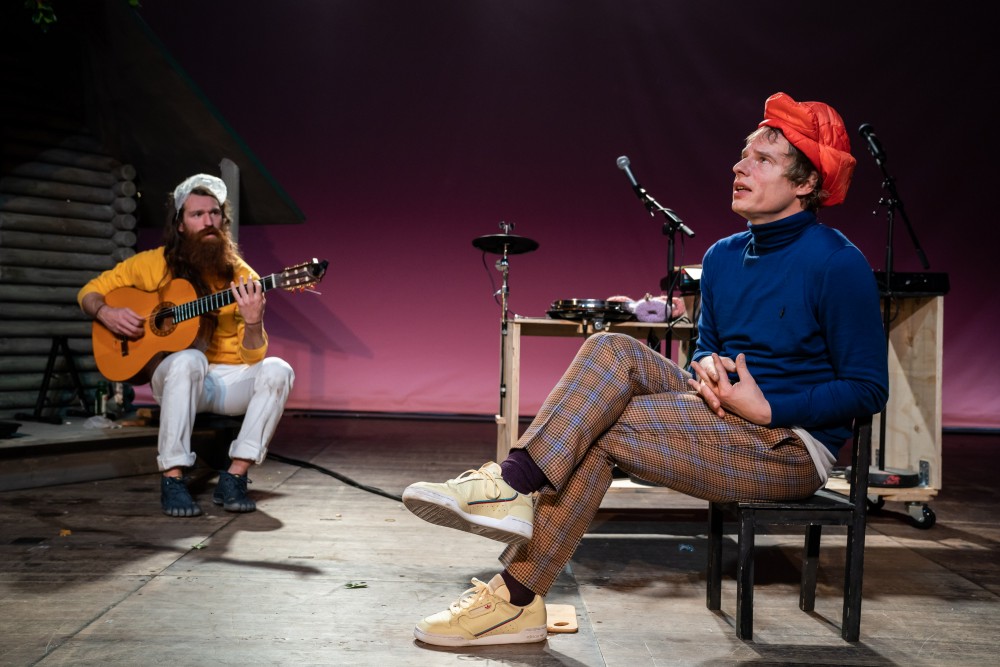 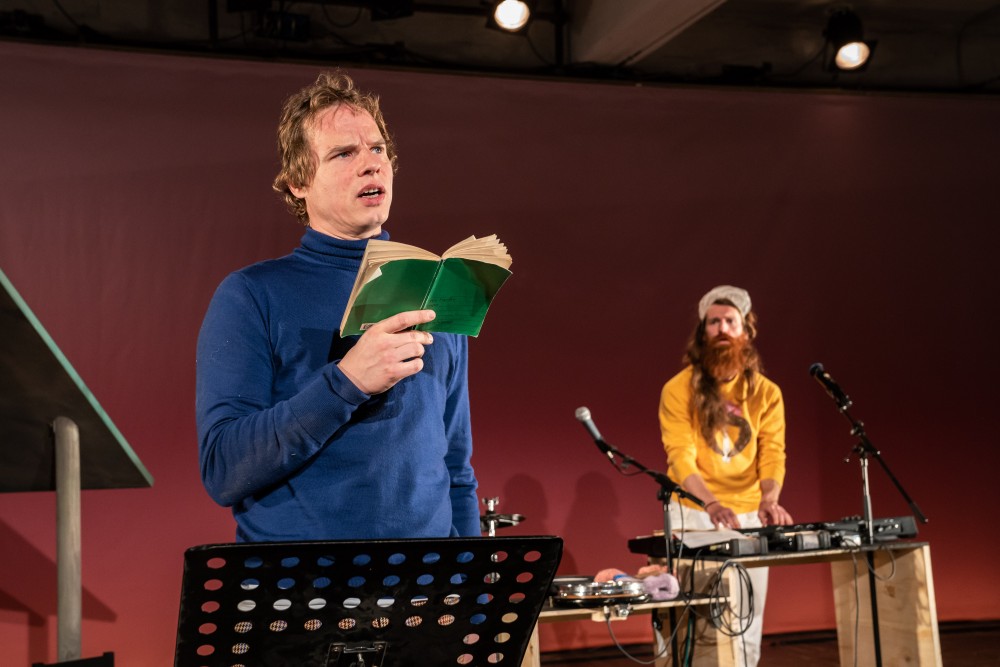 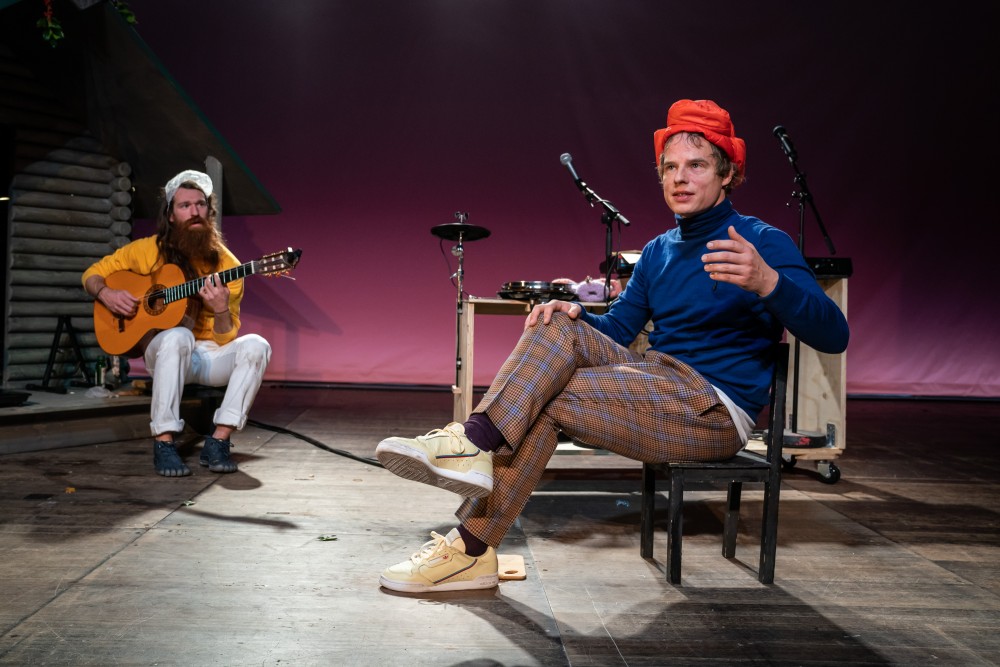 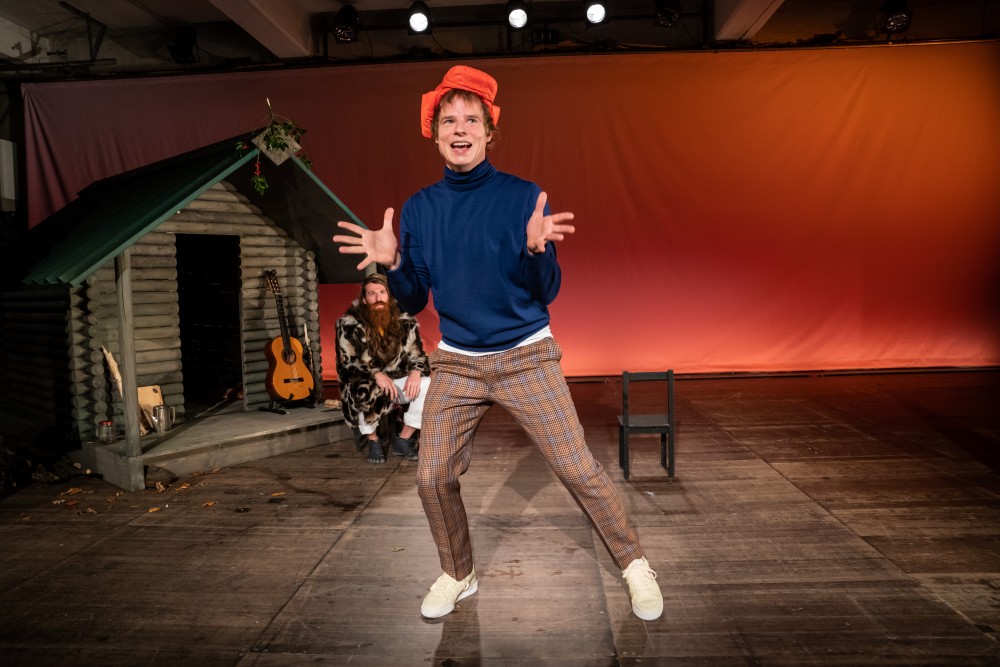 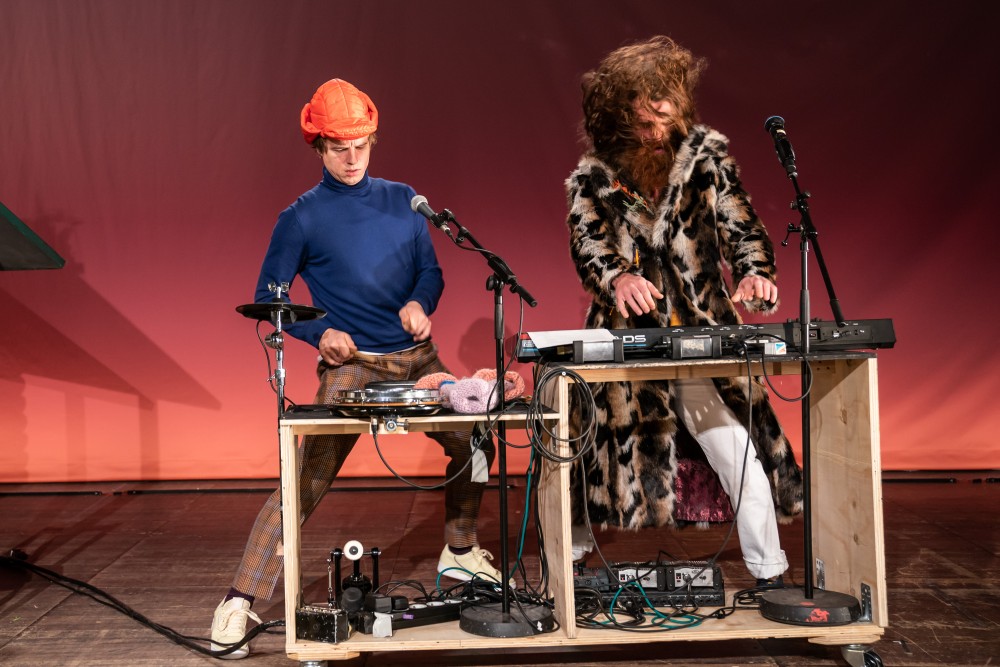 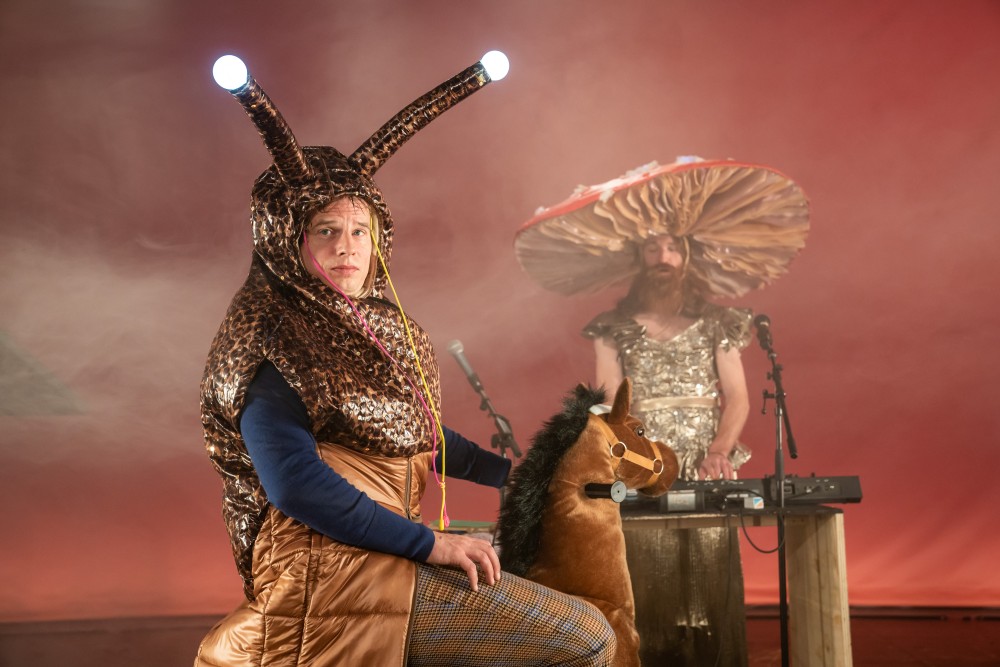 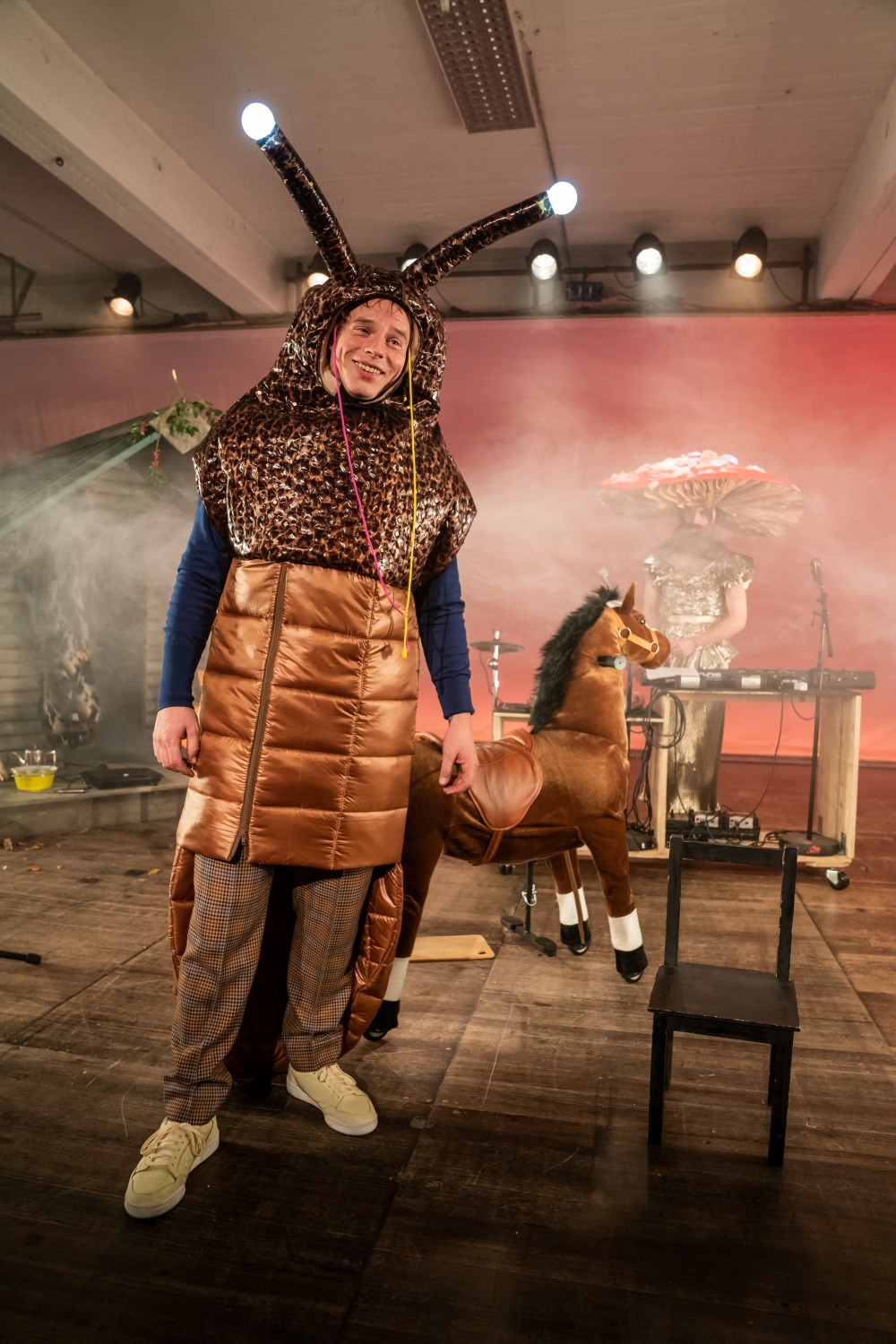 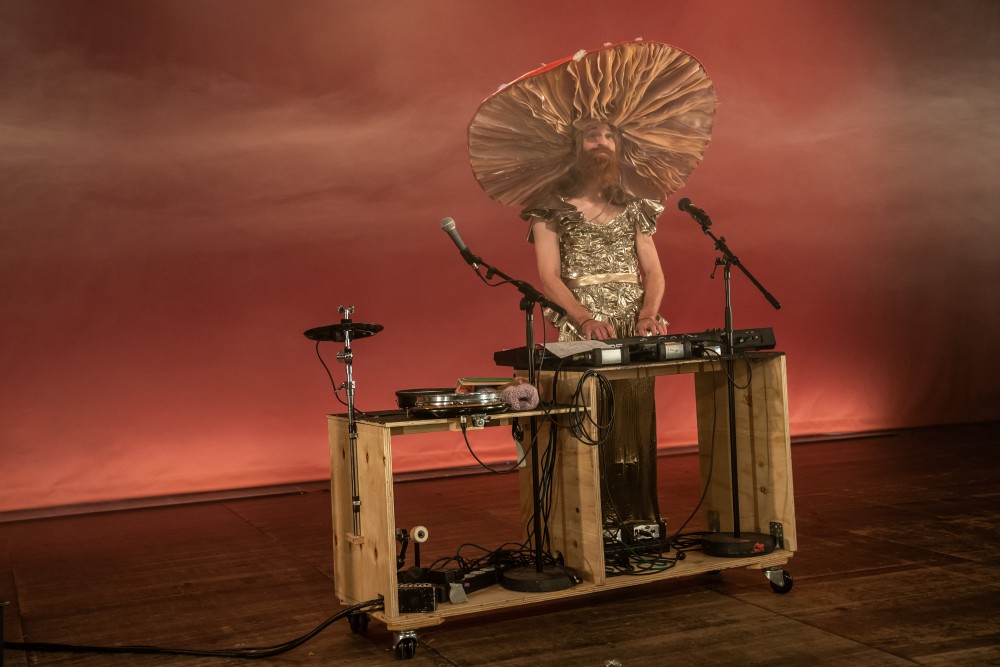 ‘This play doesn’t show HOW IT REALLY IS or HOW IT REALLY WAS with Kaspar Hauser. It shows, what IS POSSIBLE for somebody. It shows how someone can be made to talk through talking.
The play could also be called ‘speech torture.’ Peter Handke

It is 1968. Two years before, Peter Handke snubbed bourgeois theatregoers with ‘Offending the Audience’ his first ‘spoken piece in beat rhythm,’ and became an overnight sensation, a young pop star on the literary scene. It is the time of the student movement. The time of revolts against convention and codes – Kaspar steps onto the stage. On fresh, wobbly legs, a being – half clown, half child – this descendent of Kaspar Hauser tries to take his first steps into society. He is yet to learn any language, any traditions, anything about civilisation. His vocabulary comprises just one single puzzling sentence: “I would like to be something like another once was.”. The misfit repeats this over and over again. And tries it out in lots of different variations. Kaspar is the antisocial being in the midst of our society. A human without fellow humans. Untamed, unusual and easy to manipulate. Anonymous invisible speakers, the so-called prompters, interfere. They drill Kaspar with words and sentences.
Following ‘Storm Still’ and ‘The Hour We Knew Nothing of Each Other’, ‘Kaspar’ is the third Handke play to be performed at Thalia.
Director Leonie Böhm will stage Handke’s ‘classic’. She was invited to the 2017 Radikal Jung Festival with her Thalia production of ‘Nathan the Wise’.