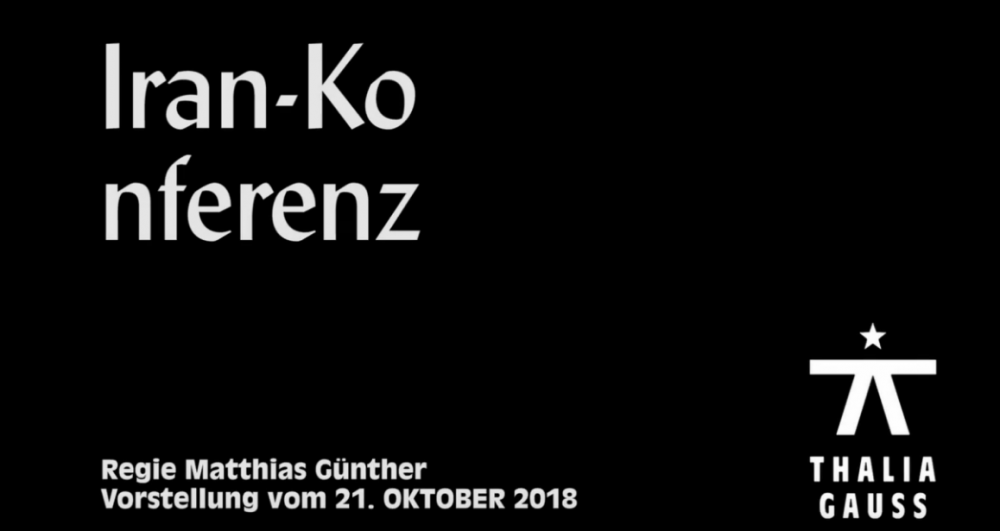 On 15th February 2017 Copenhagen University hosted a public conference for ‘Iran questions’. Scholars from different faculties, writers, journalists and well-known personalities from cultural life talk about two competing world views, which the conference leader tries to describe as ‘religious traditionalism’ and ‘humanist rationalism’. The incompatibility of these positions is obvious from the very first speaker. The themes aren’t maturity and criticism, rather self-awareness, dedication and giving yourself to God. There’s resistance.

How can you accept an authority that has decided on atomic bombs, wars, torture, the death penalty, floggings and American Presidents. The answer: It is God who writes human fate, accompanied by the music of tears. Some conference participants lose their cool. But it wouldn’t be Vyrypaev if the conference were just a conference. The piece, ‘Iran Conference’, kitted out with lecterns and microphones, creates a space for West-East discussion, which extends into a mythical past. It puts Vyrypaev’s recurring questions about truth and individual freedoms in a new light.

Ivan Vyrypaev, born in 1974, is one of the most important Russian dramatists of his generation. Most recently, his piece ‘The Drunks’ could be seen at Thalia. 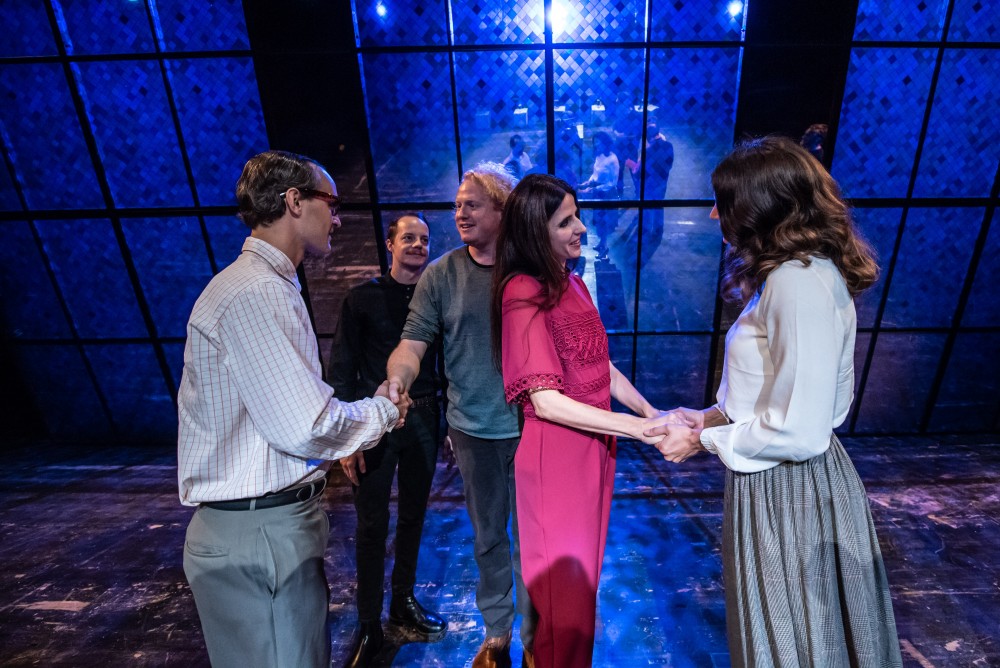 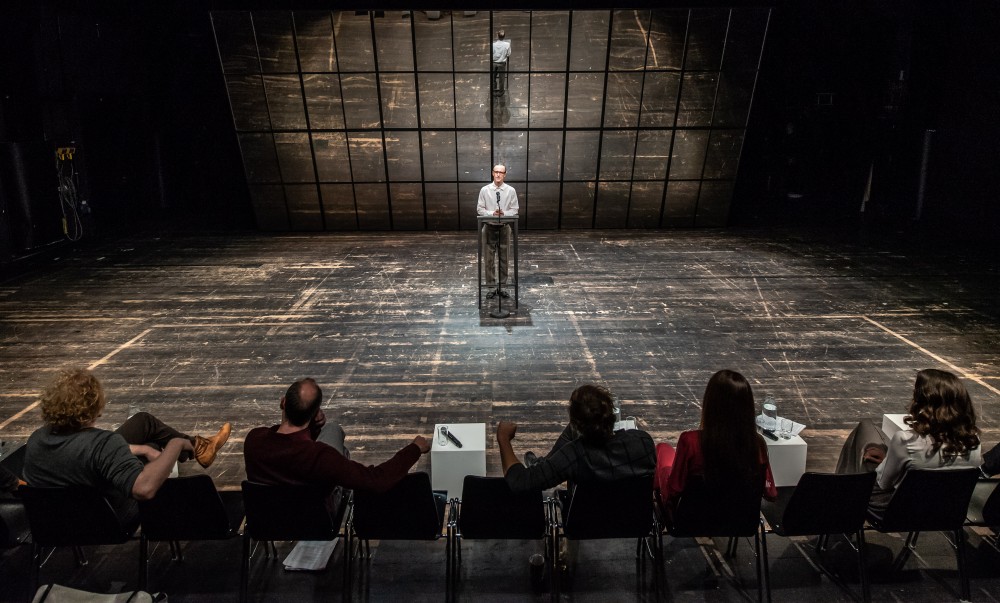 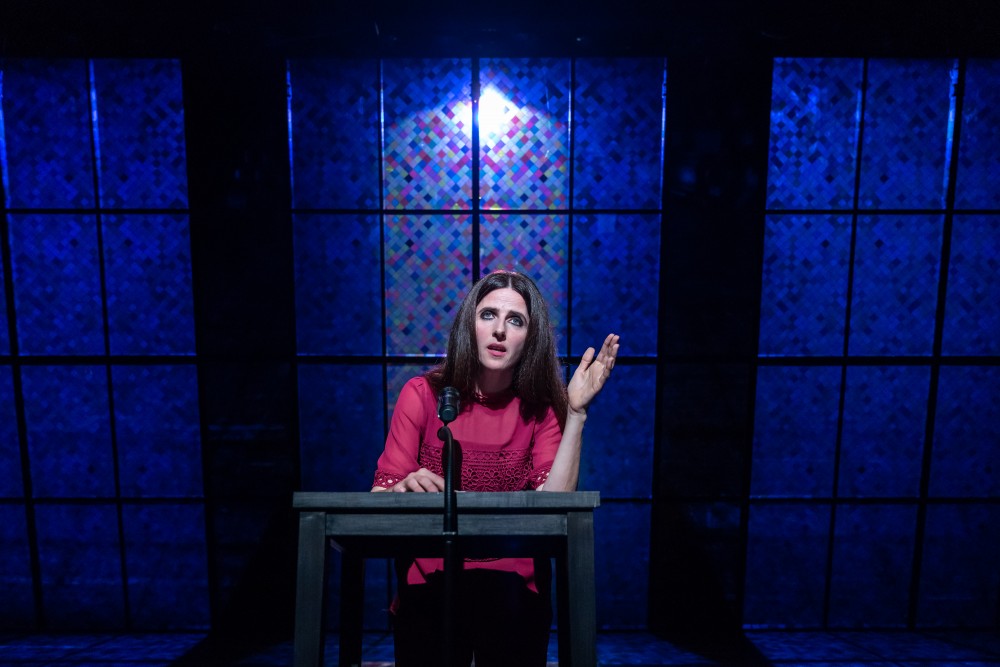 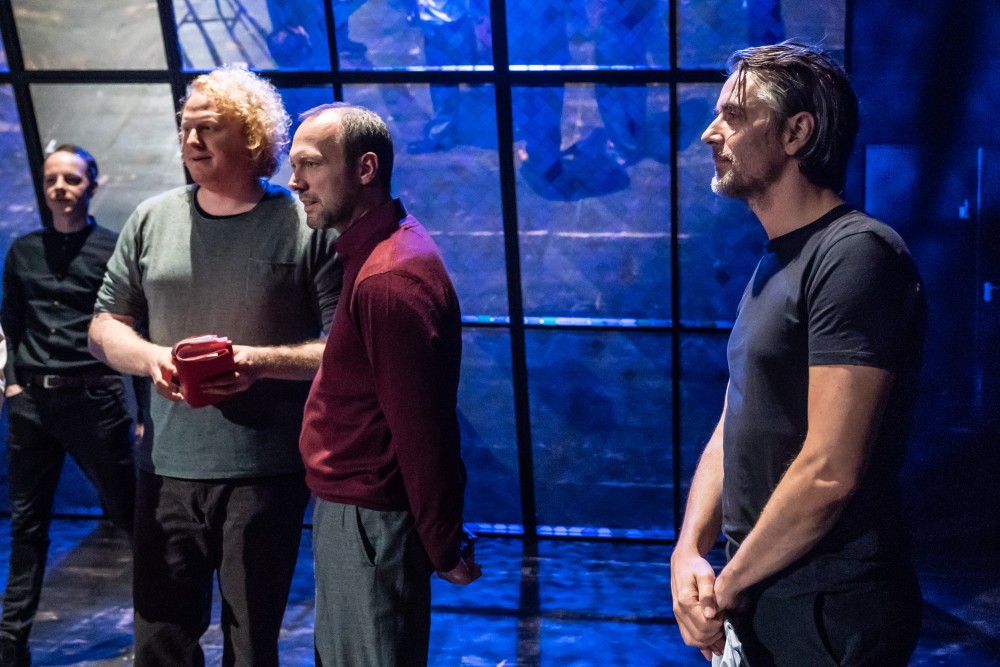 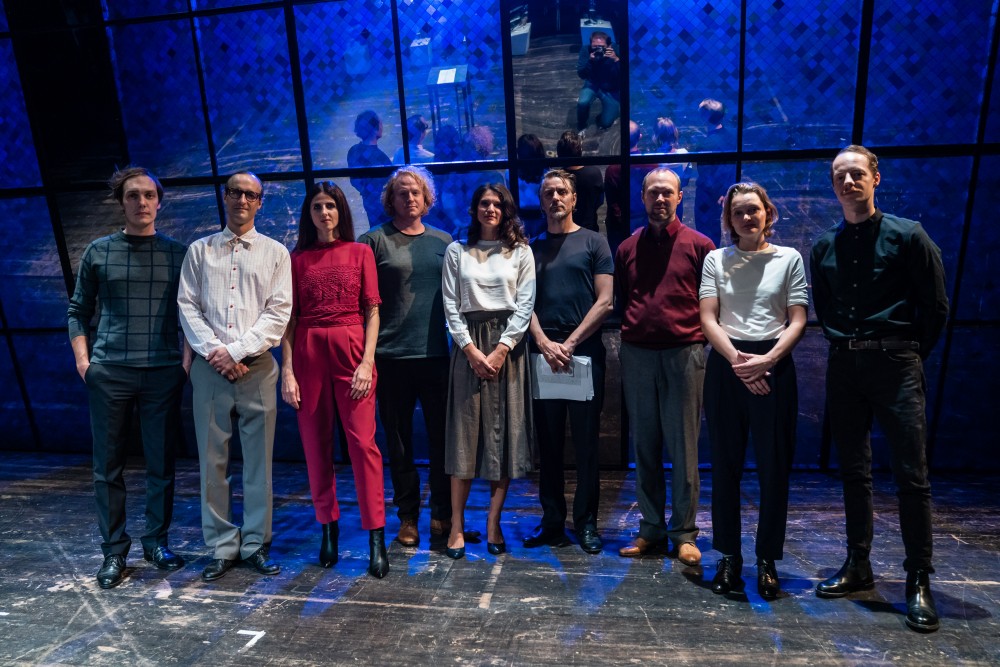 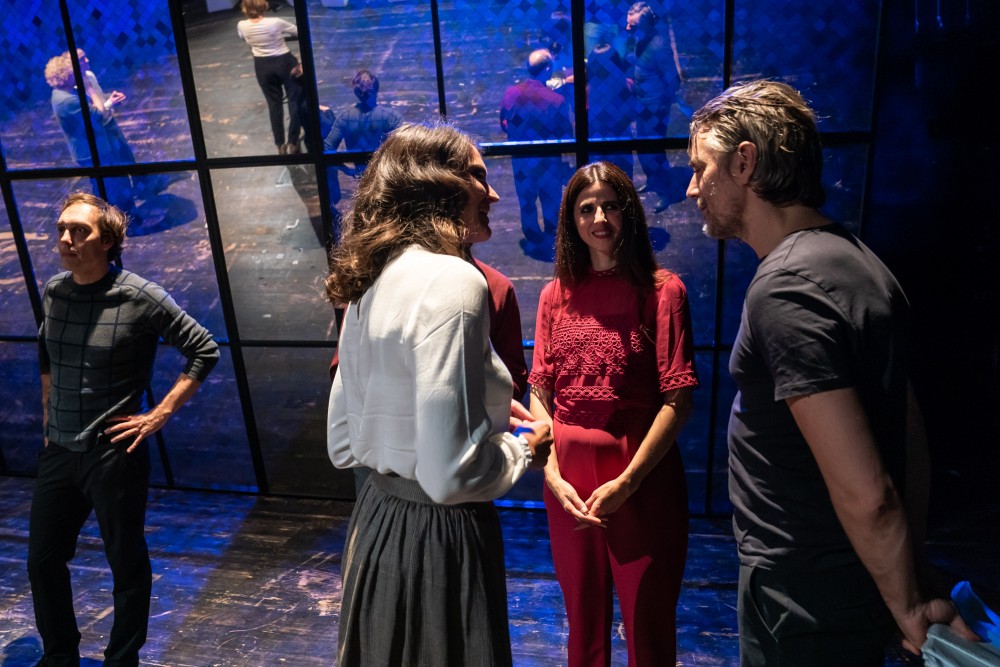