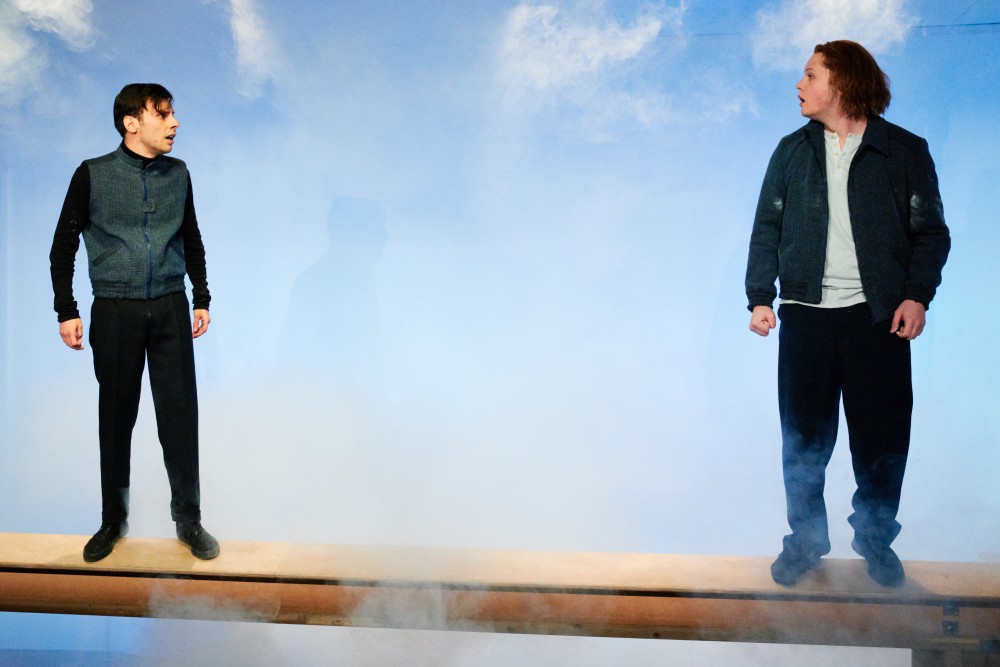 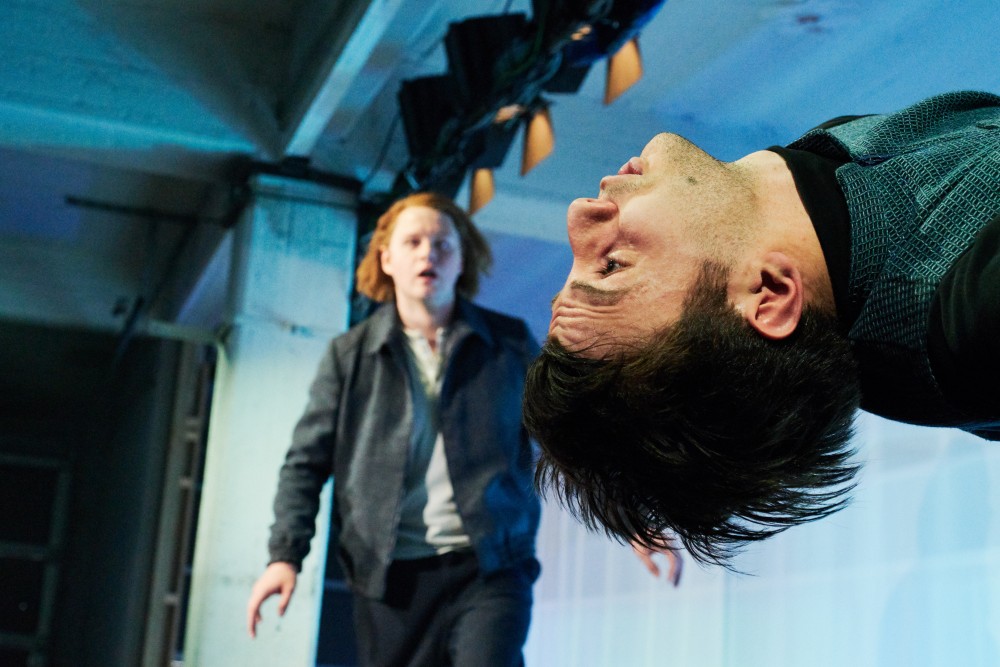 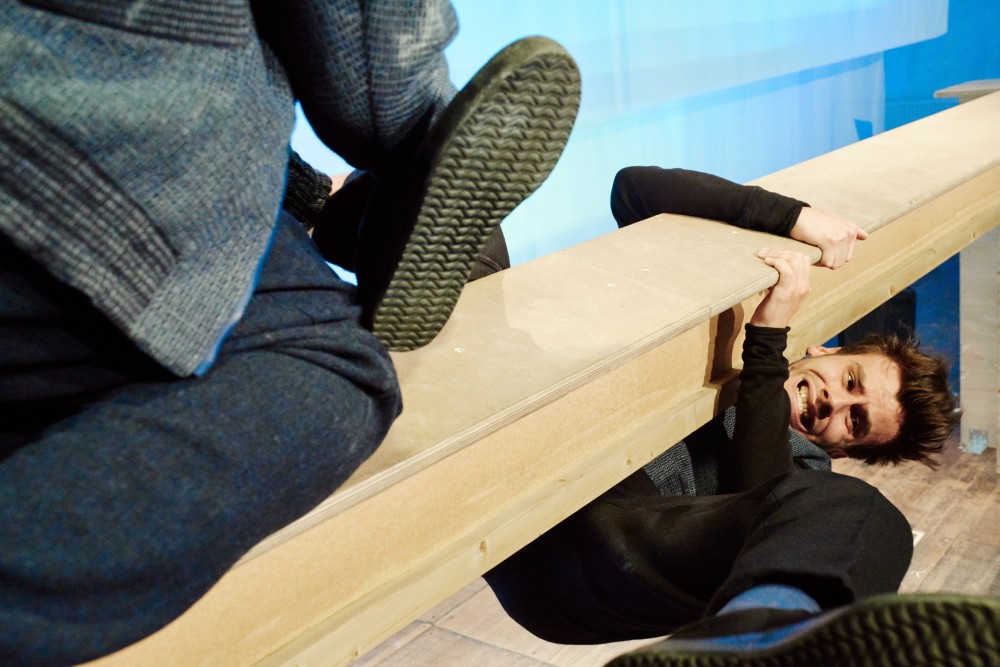 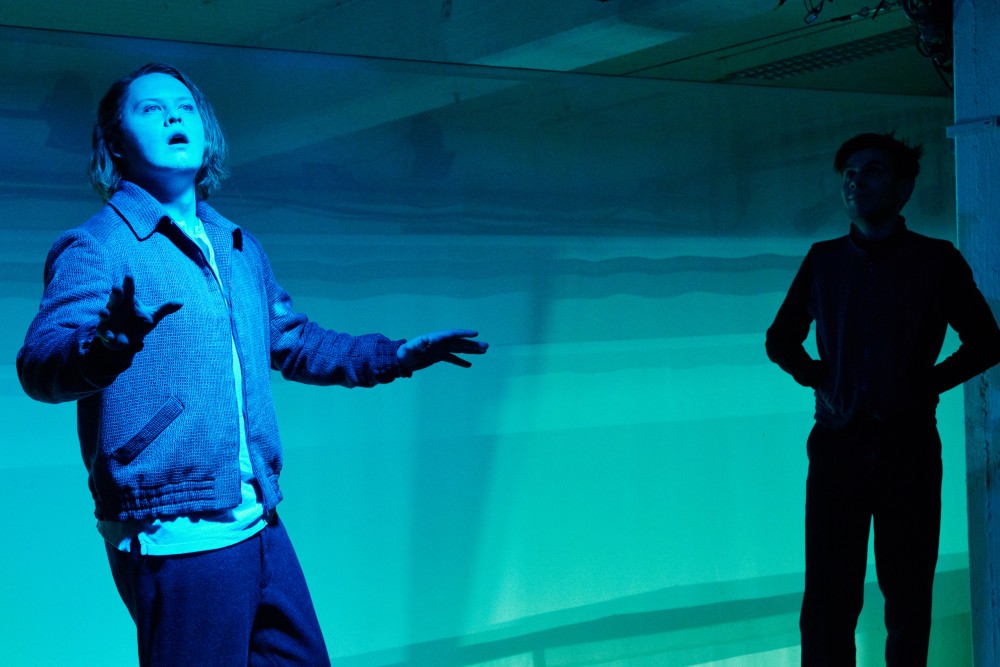 Don’t look down. You have to instil that in your mind: Only look at the people behind the windows and imagine you are standing on the same floor.
Up at dizzying heights, Isaac and Benjamin are hanging in the air, secured only by a rope, with 13 floors plunging down beneath them. Not the best place for Isaac to bump into someone from his past, who he actually didn’t want to see again: be it coincidence, fate or a planned encounter, his former friend Benjamin is now hanging next to him in front of the windows of a skyscraper. And – equipped only with cleaning utensils, carrots and a knife – he wants to get to the bottom of what happened in their past. Their story, shaped by war and violence, can no longer be repressed and brings cruel truths to light. But then an accident takes place that throws them both back into the present day and will possibly threaten their future in Europe.
In 2010 Maya Arad Yasur won ‘Diamond Stars’ for her play Suspended, the first prize at the ITI (International Theatre Institute) and UNESCO playwright competition. In 2014 she was given the Habima Award for Young Artists and in 2018 she received the Berlin Theatertreffen Stückemarkt Prize for ‘Amsterdam’. The Israeli dramatist’s productions have been performed at a diverse range of theatres in Israel, Germany, Austria, Norway and the USA.