In the Re
public o
f Happiness 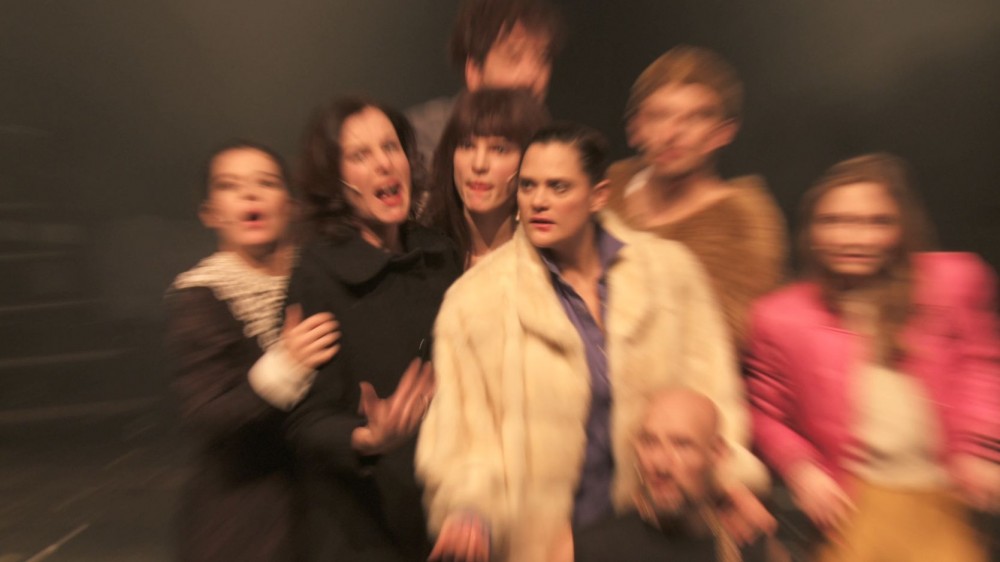 Family gatherings. Everyone hates everyone else. Suddenly uncle Bob bursts onto the scene, in which the two teenage girls, one of whom is pregnant, are learning to tolerate each other again. Before Bob can begin his dream life with his dream partner Madeleine, he must first set the record straight with his family.

British dramatist Martin Crimp structures his inventory of the modern world as a literary triptych, as ‘entertainment in 3 acts’. The familiar image completely disintegrates. Associative dialogues and musical inserts form the second tableau, a medial jaded and engineered world, in which the now unrelated characters indulge in their dubious freedom, the greatest possible joy between shopping and therapy. But only two of them achieve the ultimate utopian objective, entering the Republic of Happiness, and thus the third act of the evening.

Following her successful season opening with ‘Räuberhände’, young director Anne Lenk is coming to Thalia in Gaußstraße for the second time. She establishes ‘In the Republic of Happiness’ somewhere between a well-made-play with a museal atmosphere and chaos, between a revue and a wistful awakening, at the end of which the hushed uncle Bob finally drones: ‘Hum hum hum/the Happy Song.’ 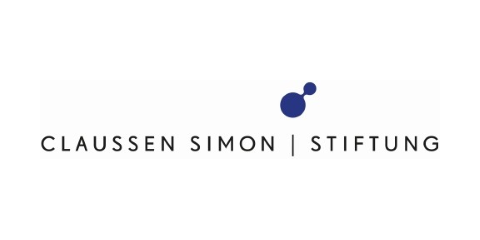 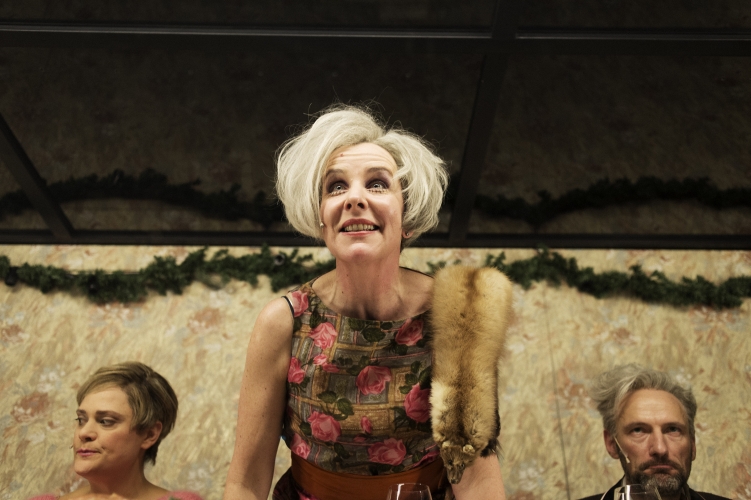 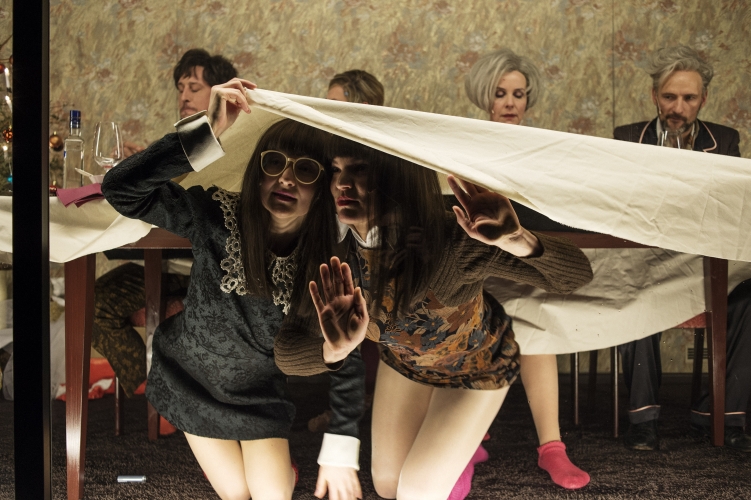 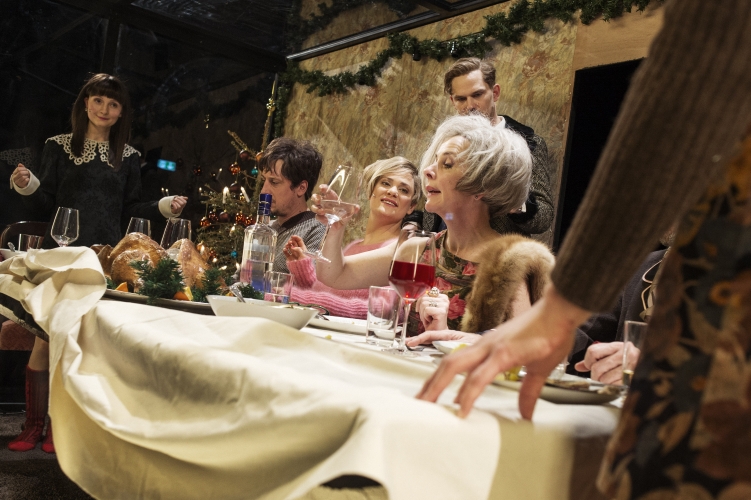 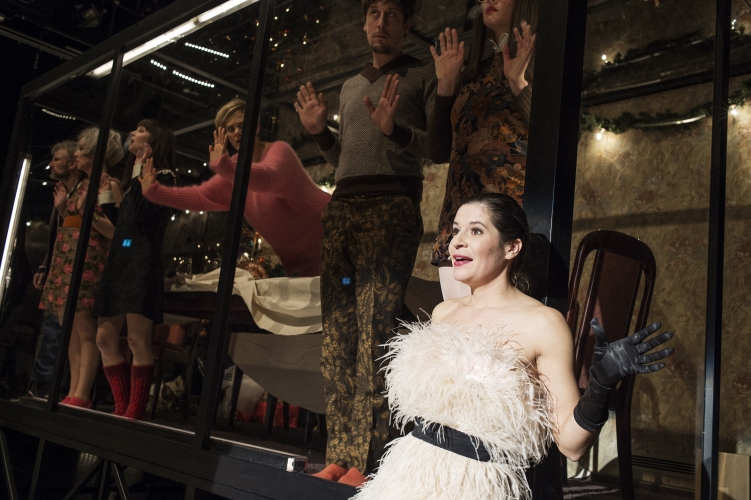 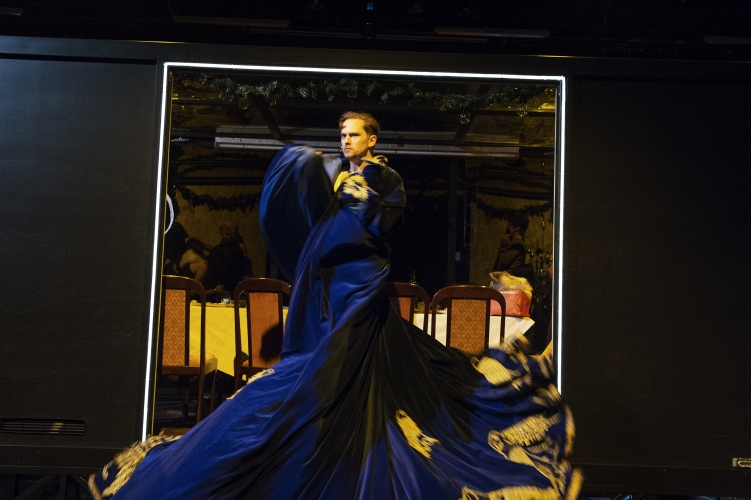 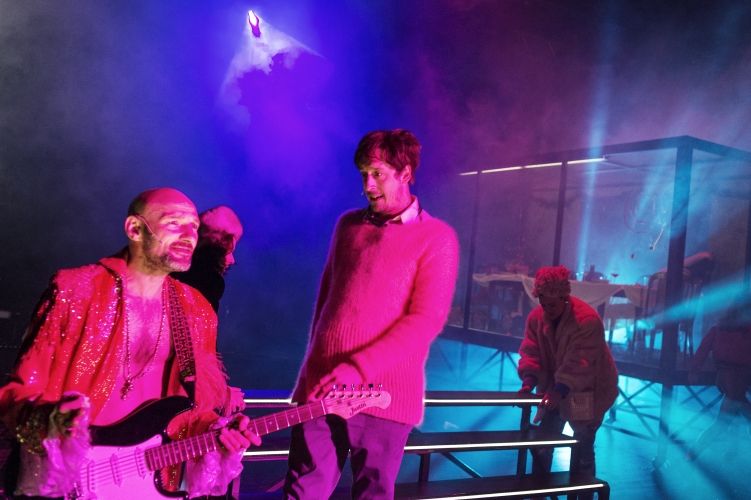 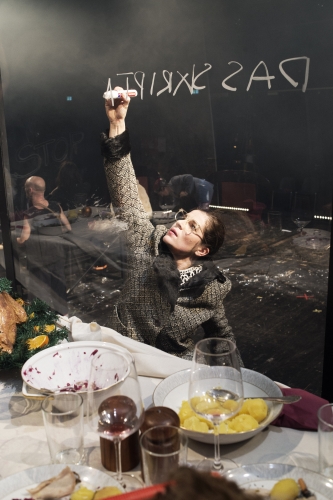 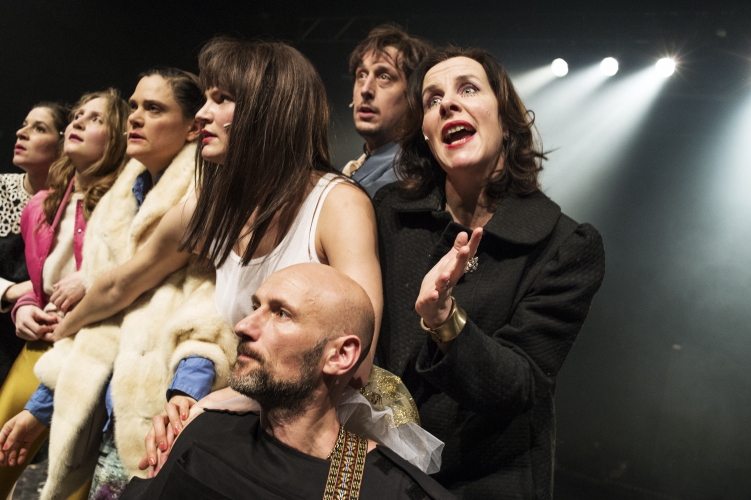 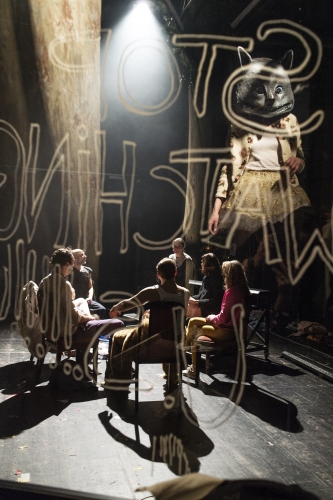 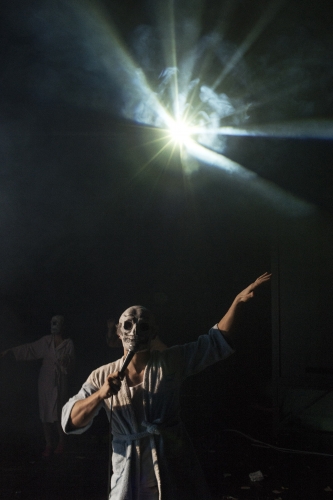 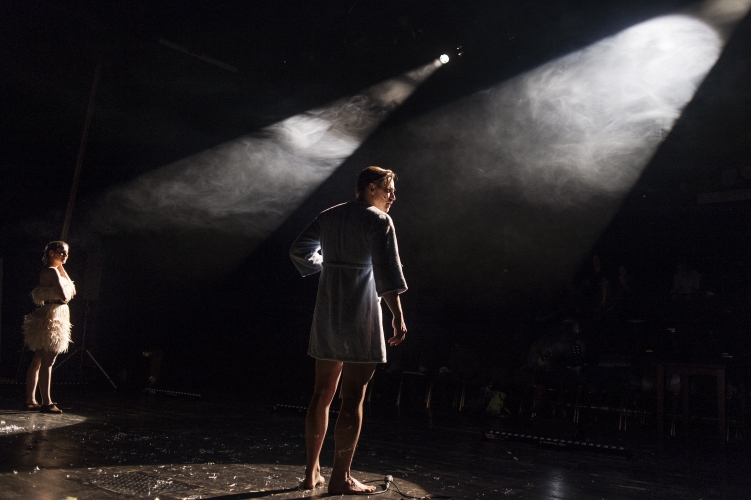 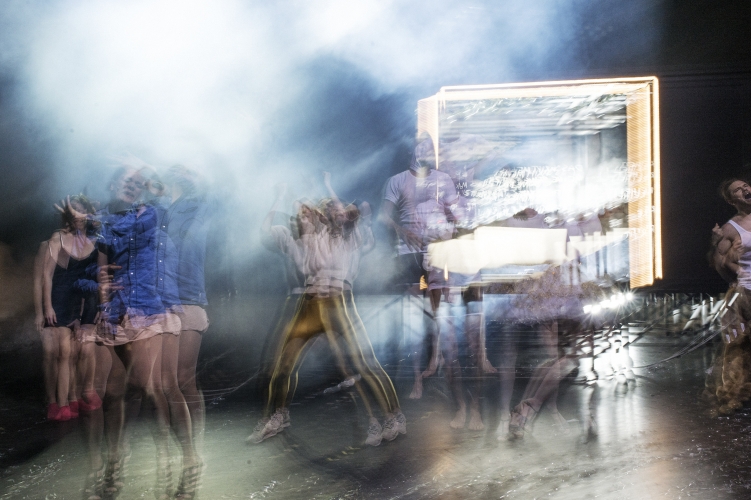