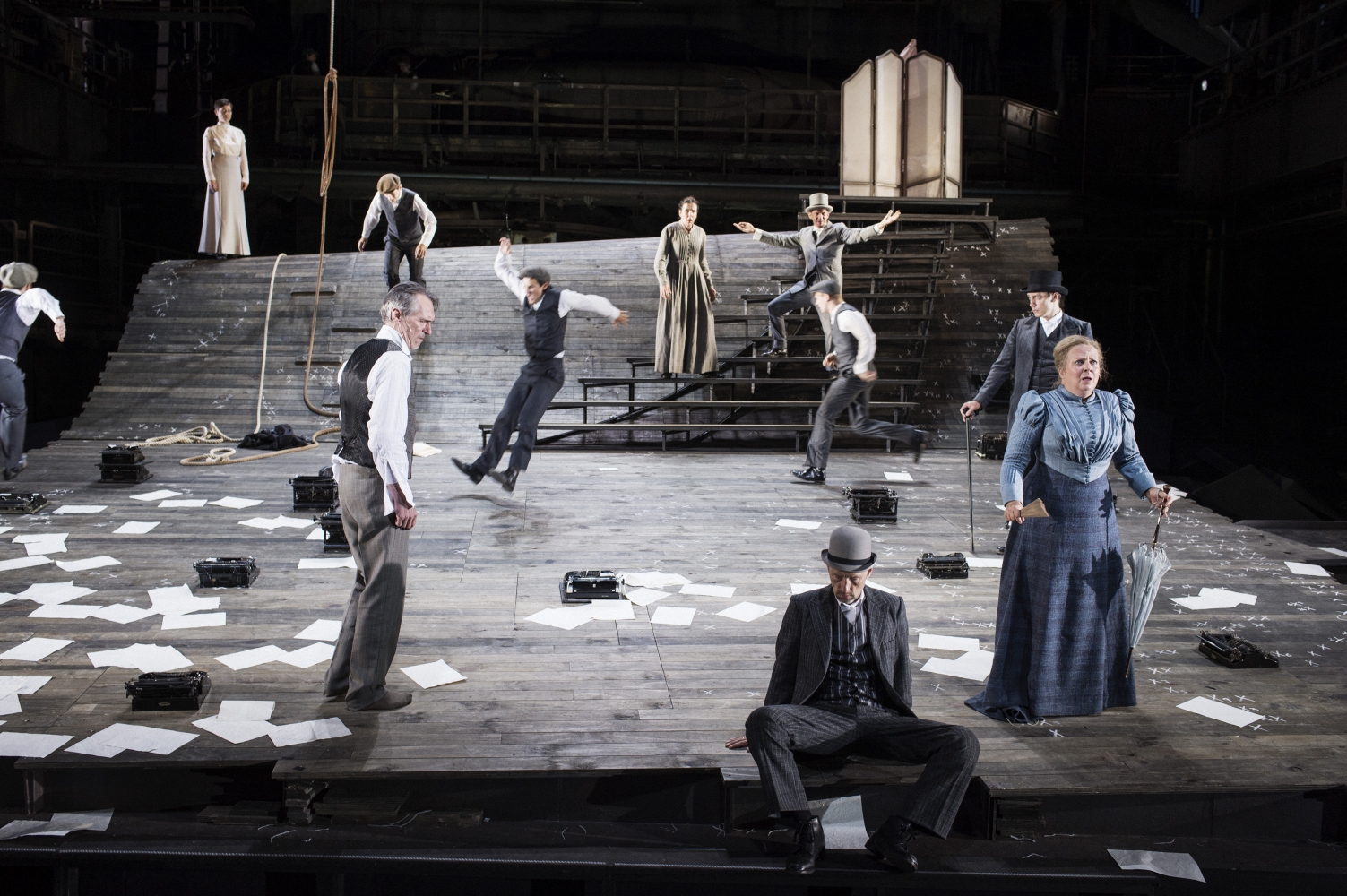 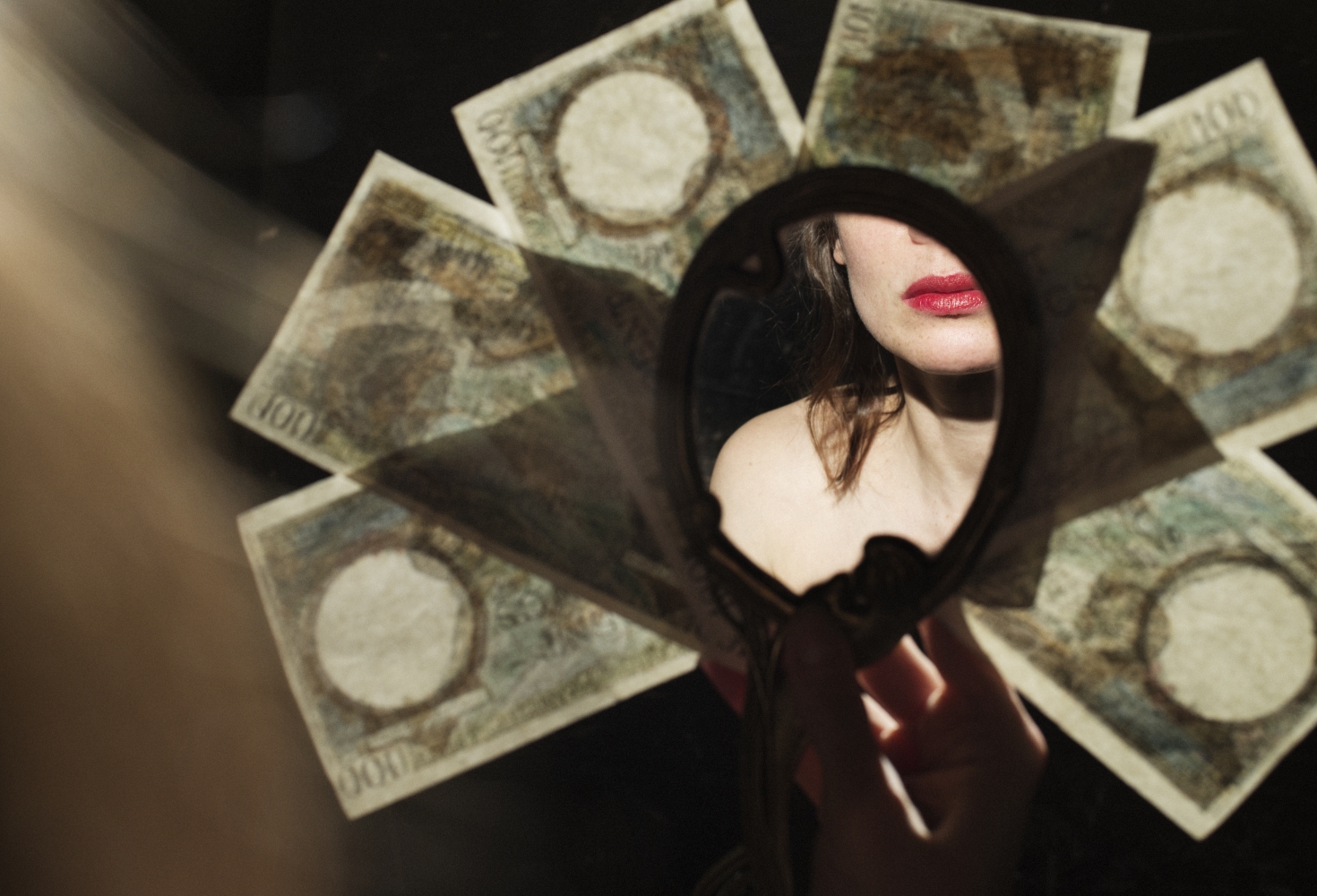 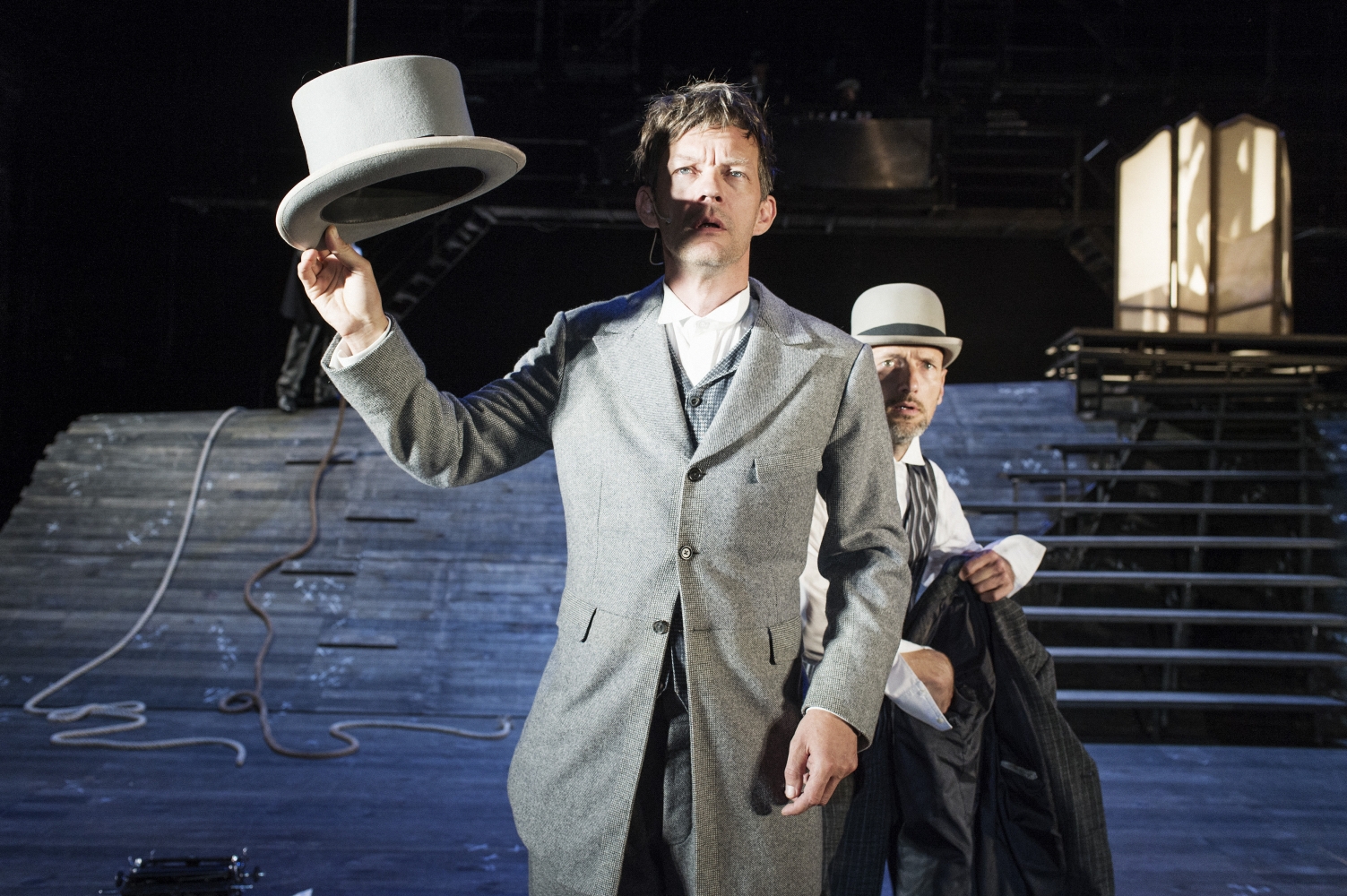 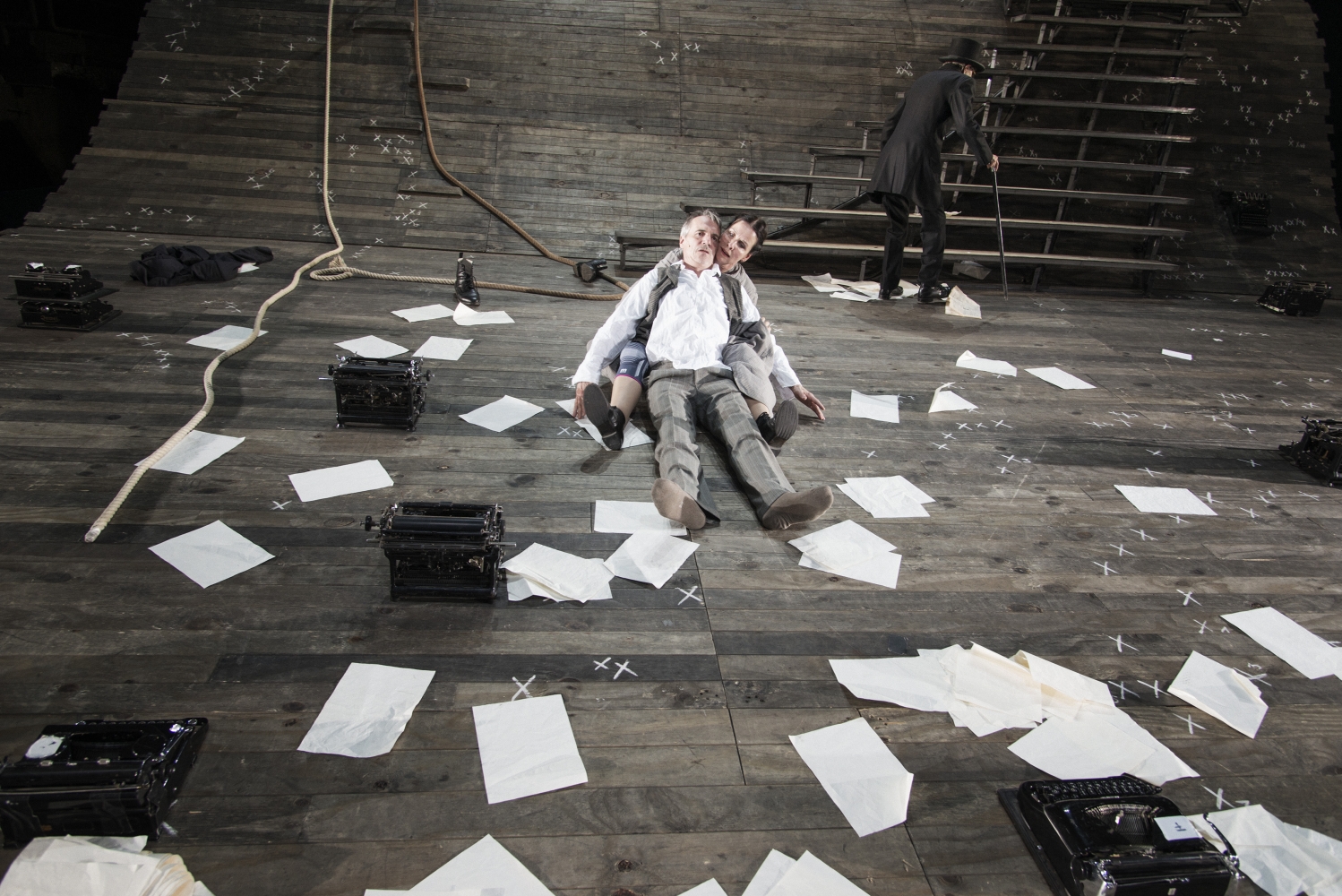 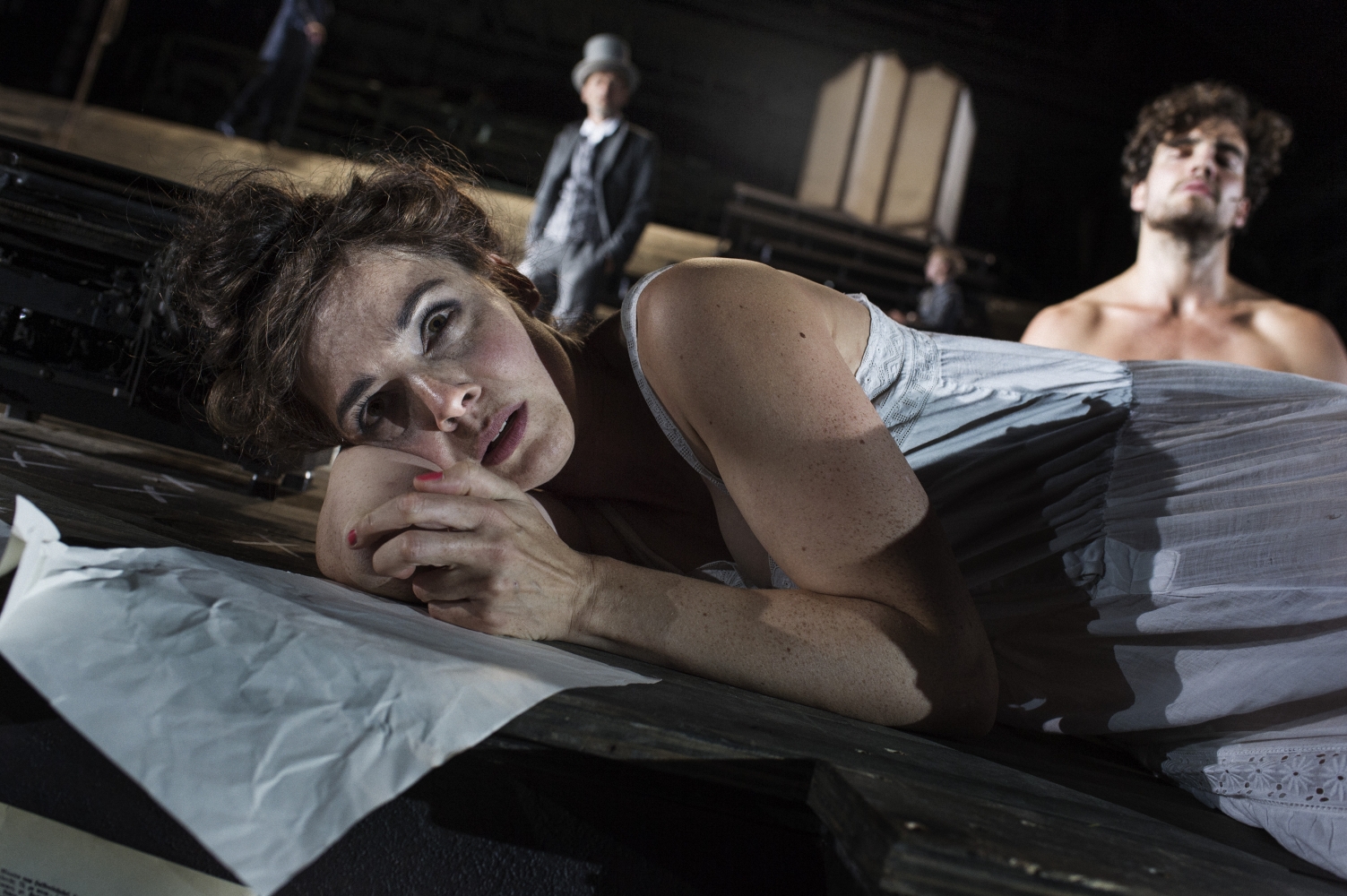 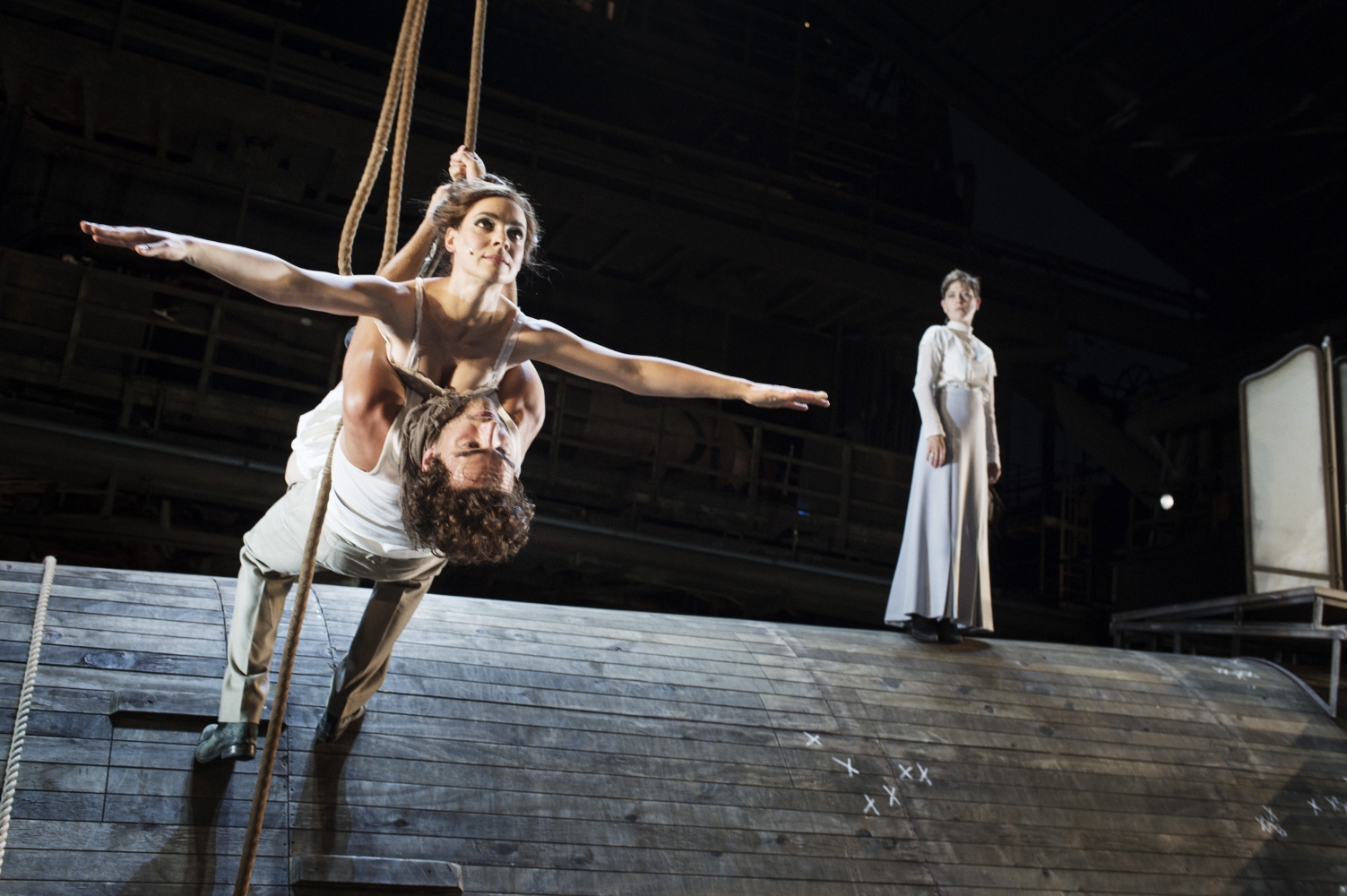 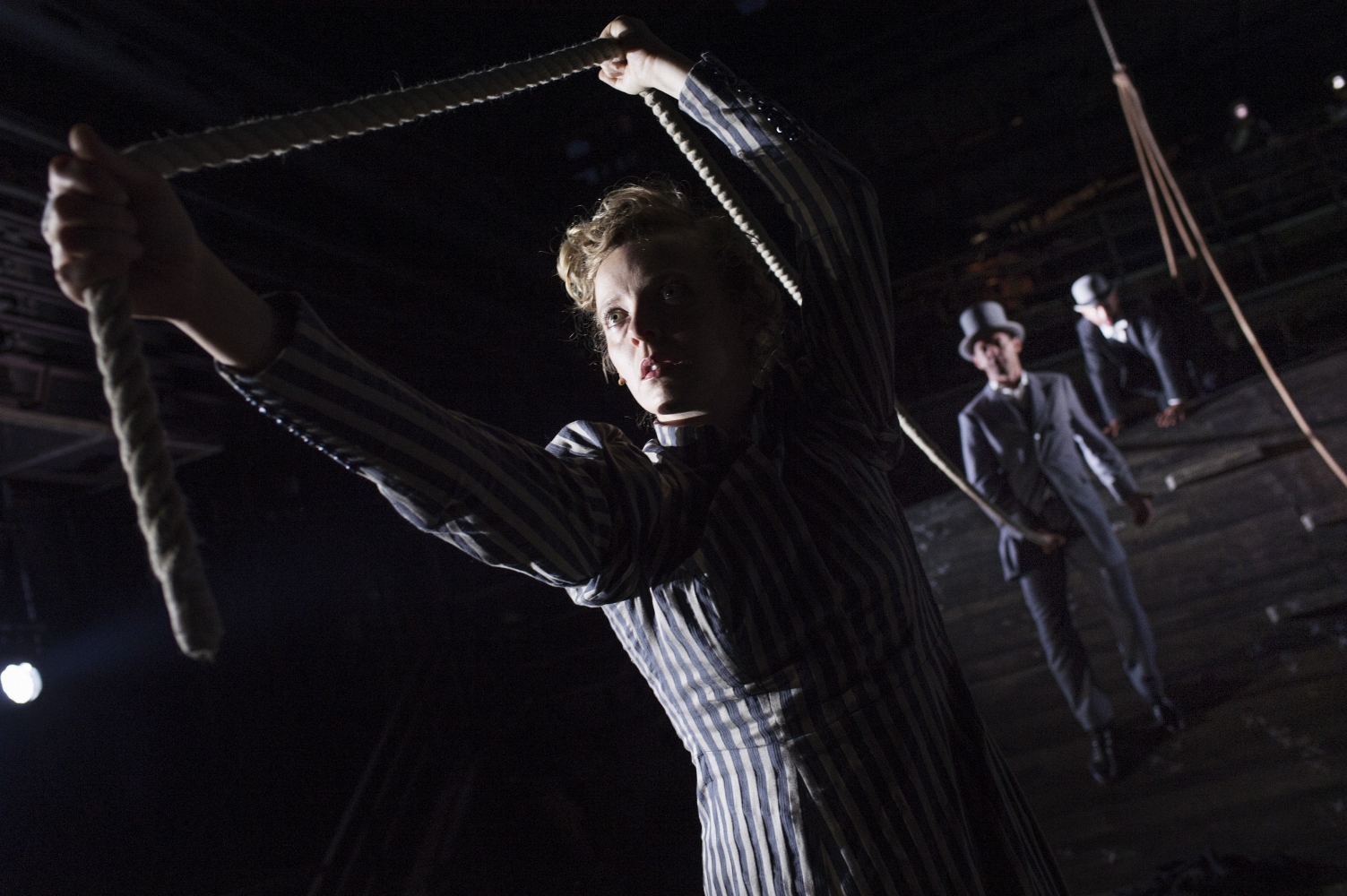 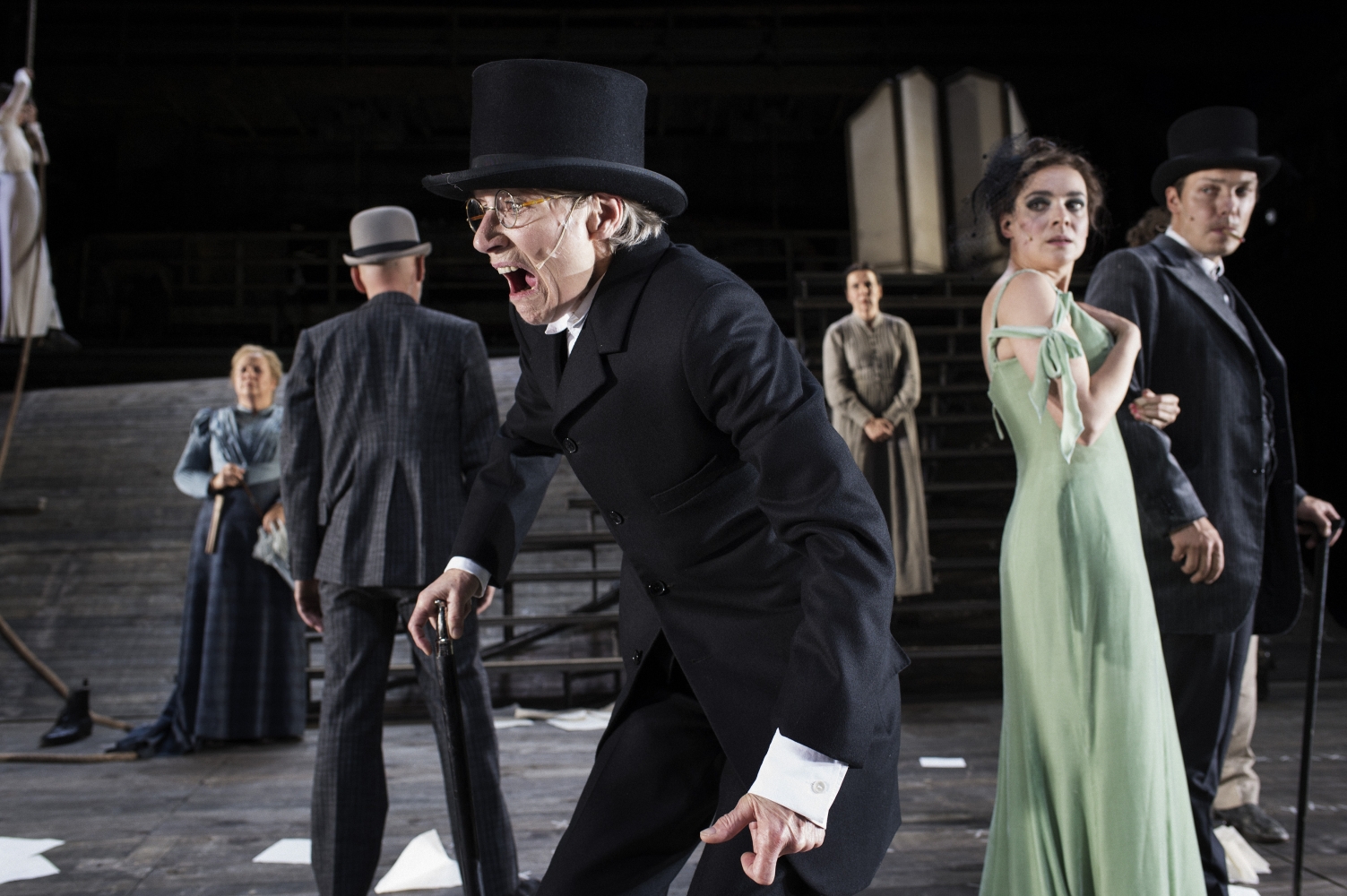 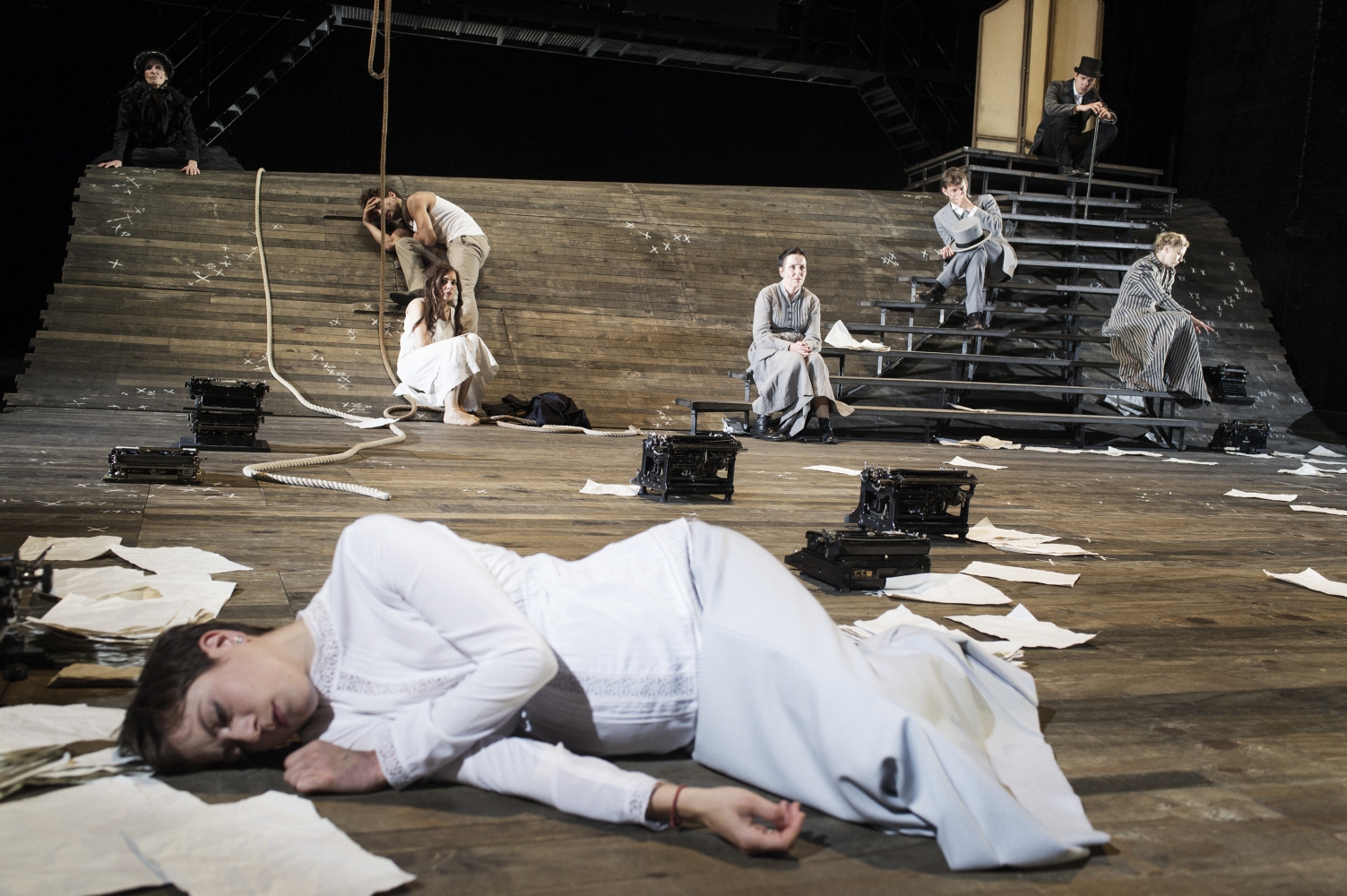 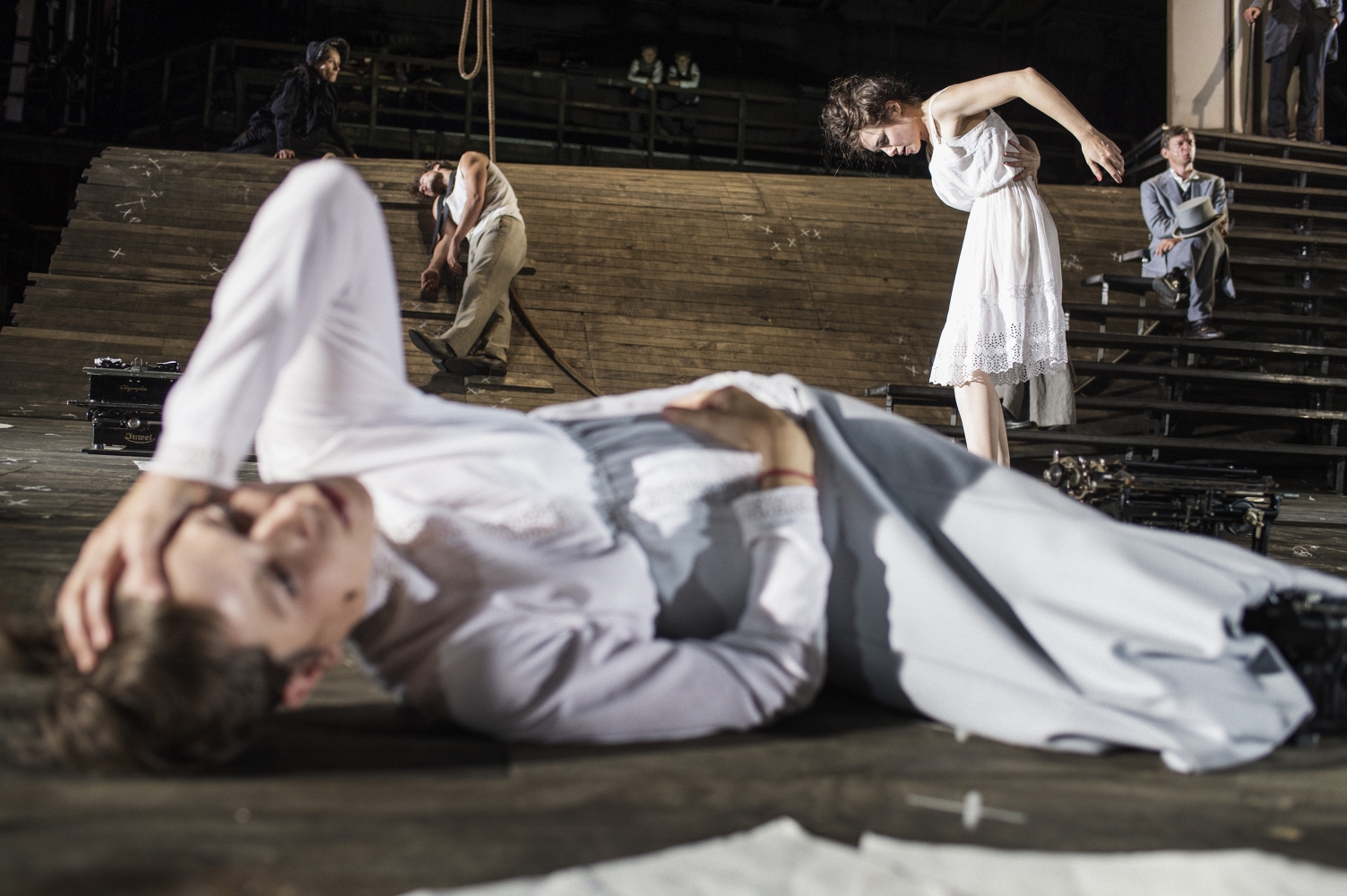 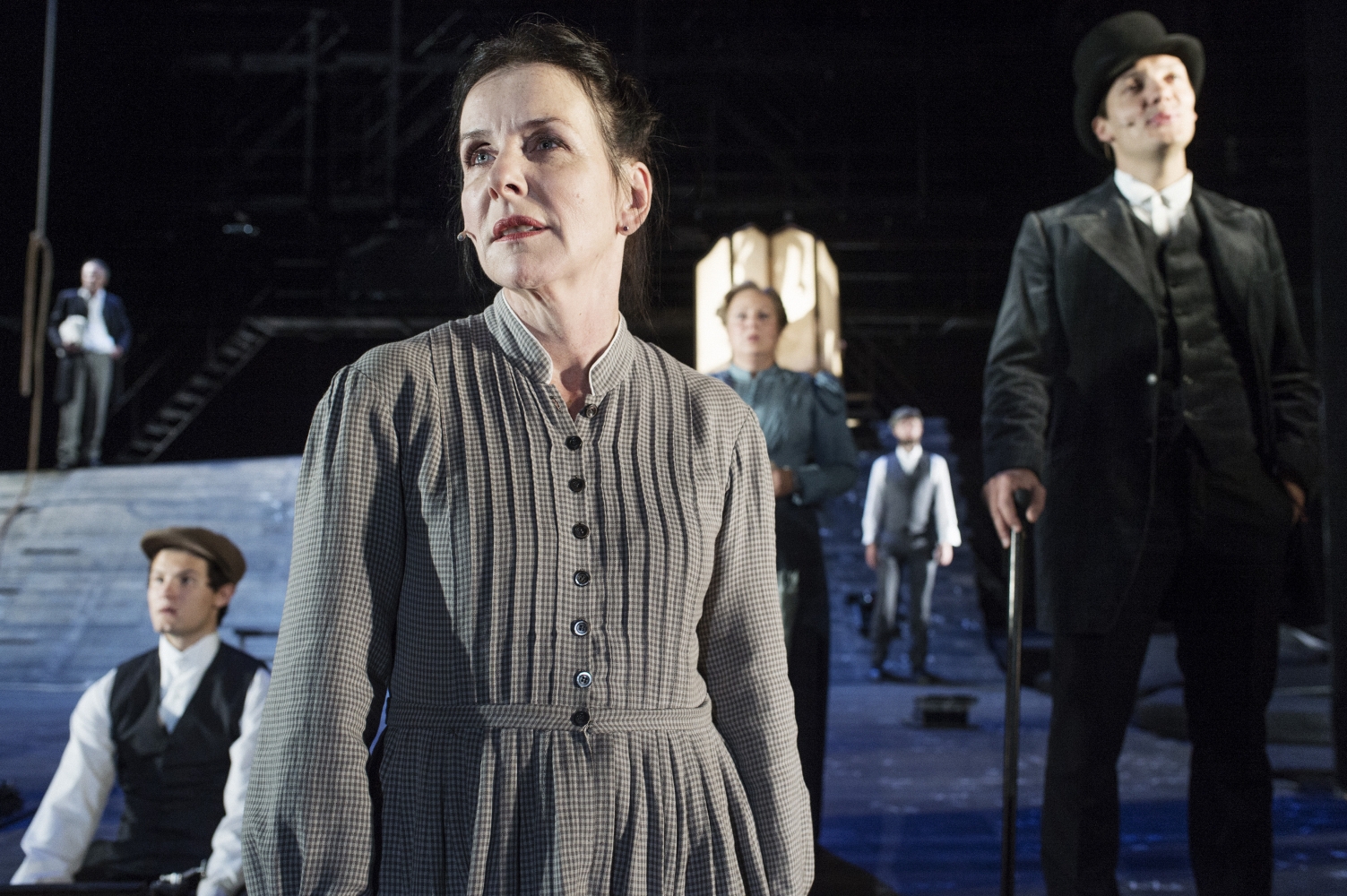 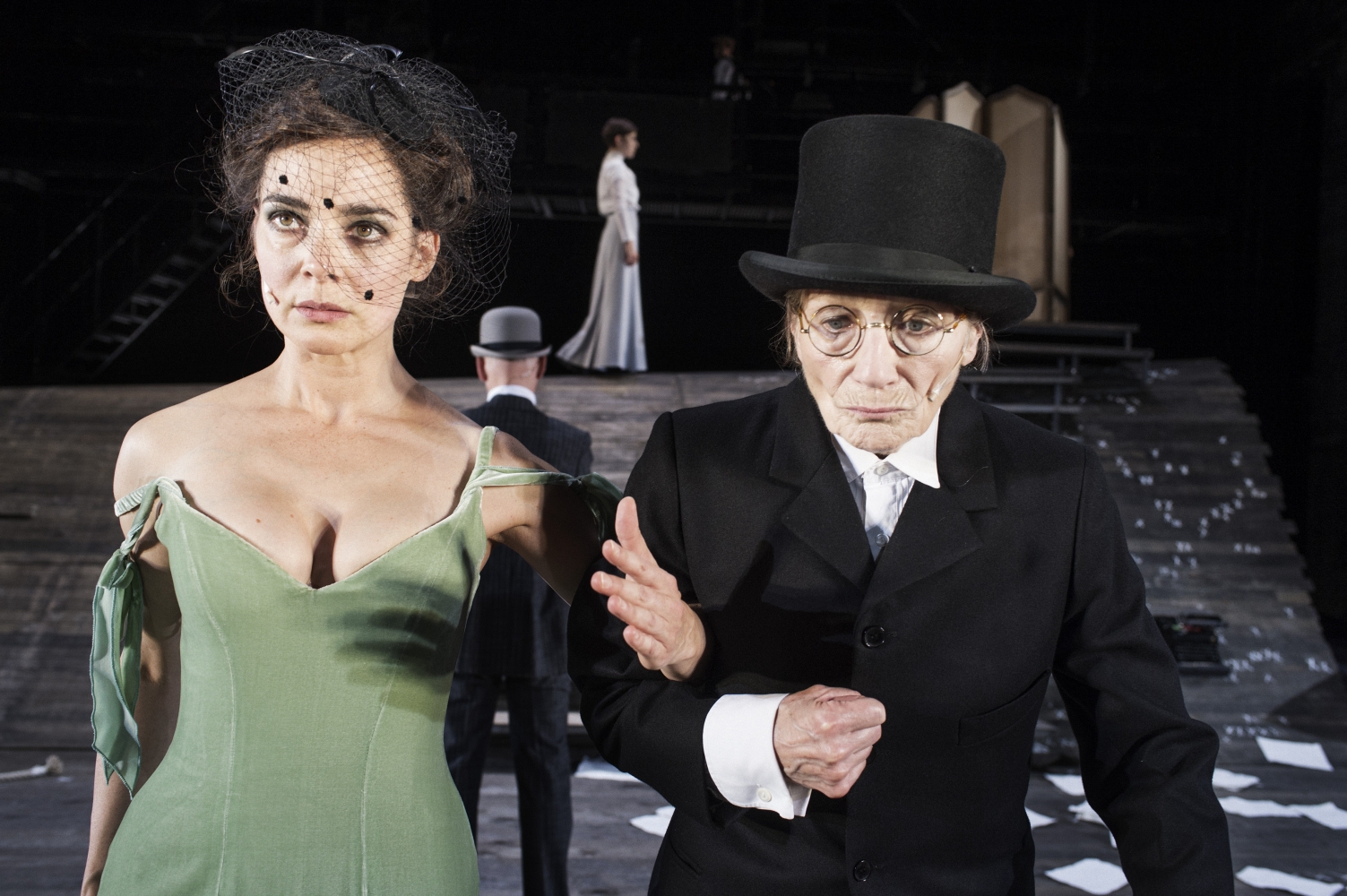 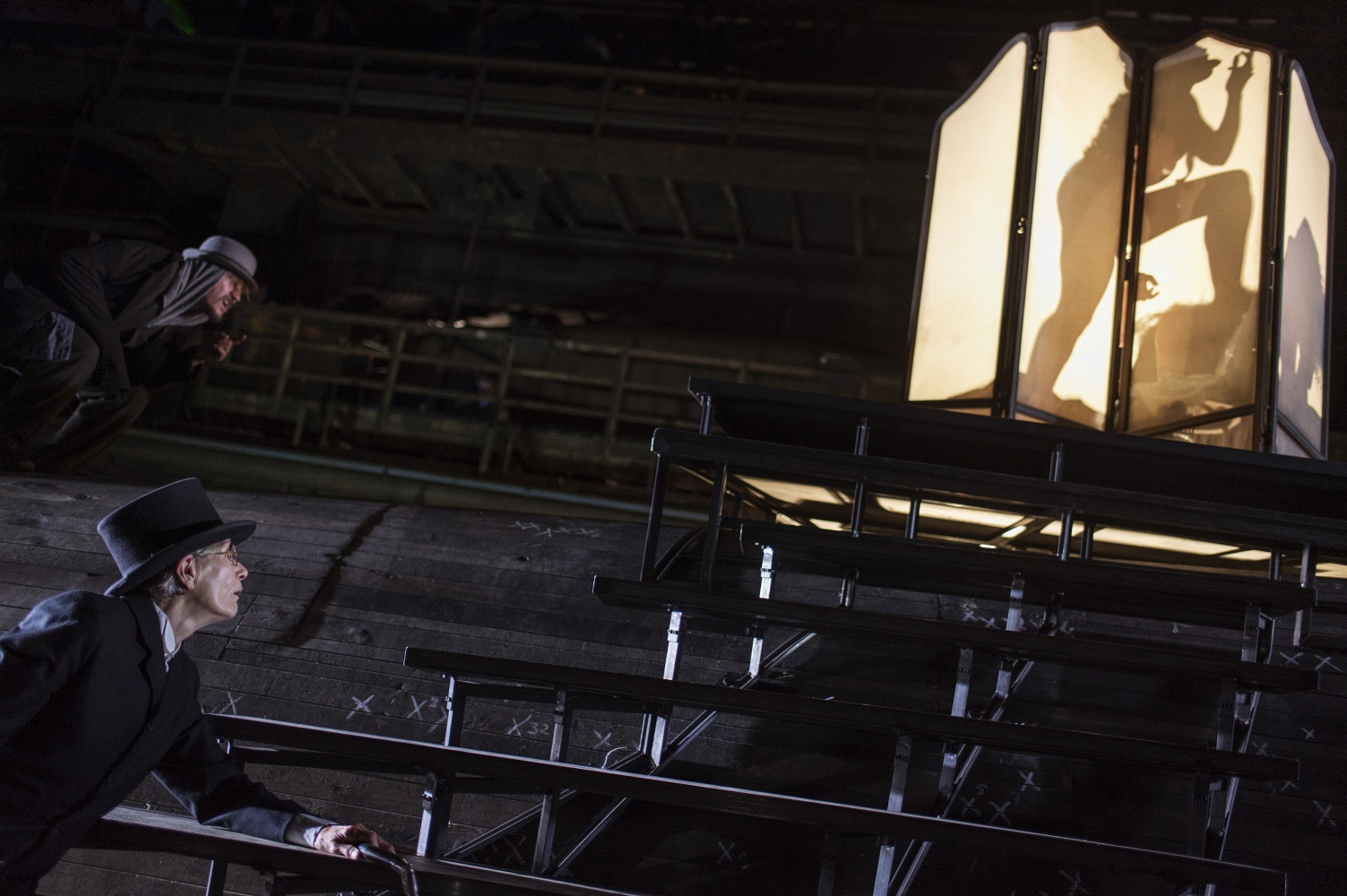 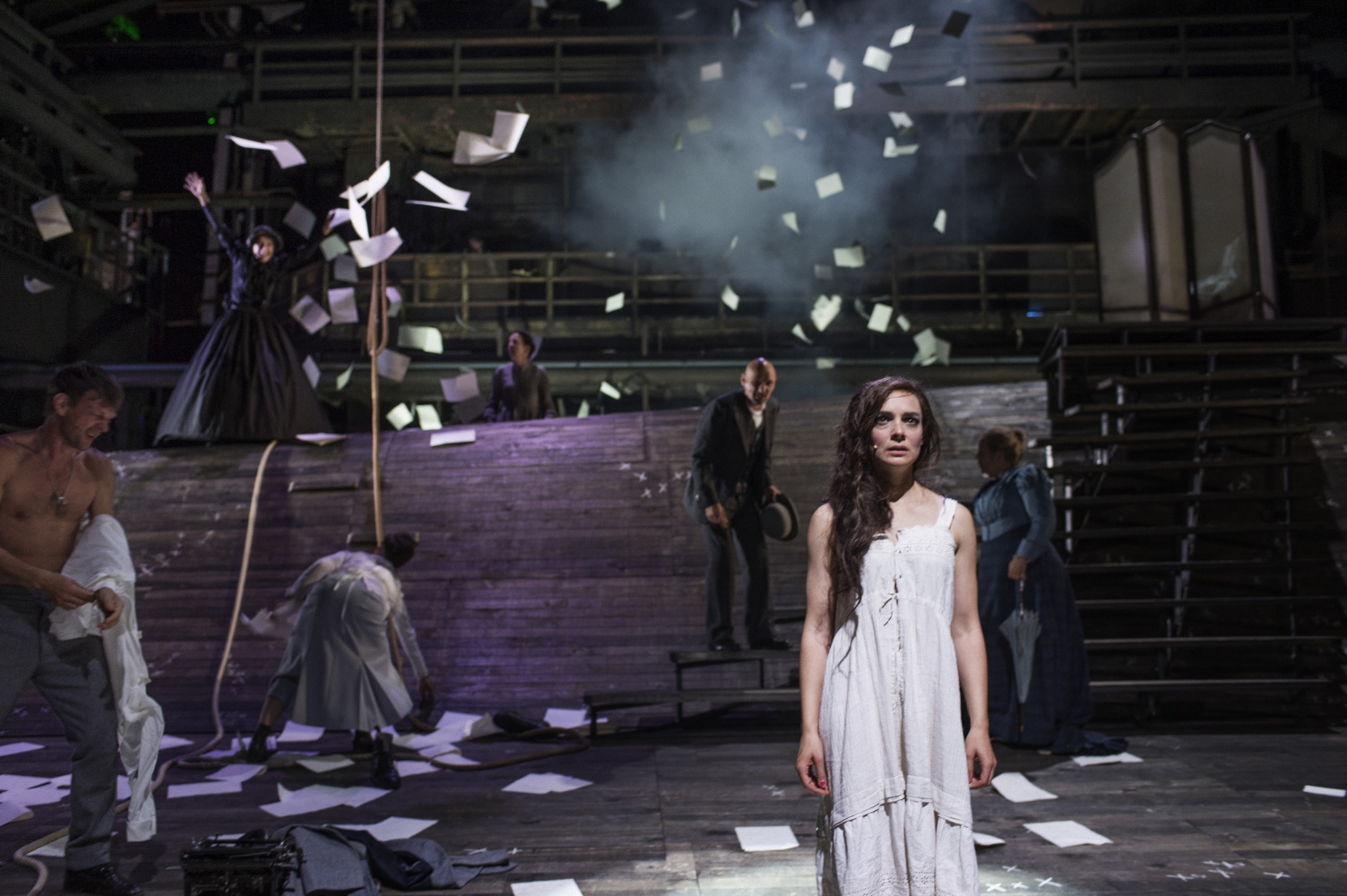 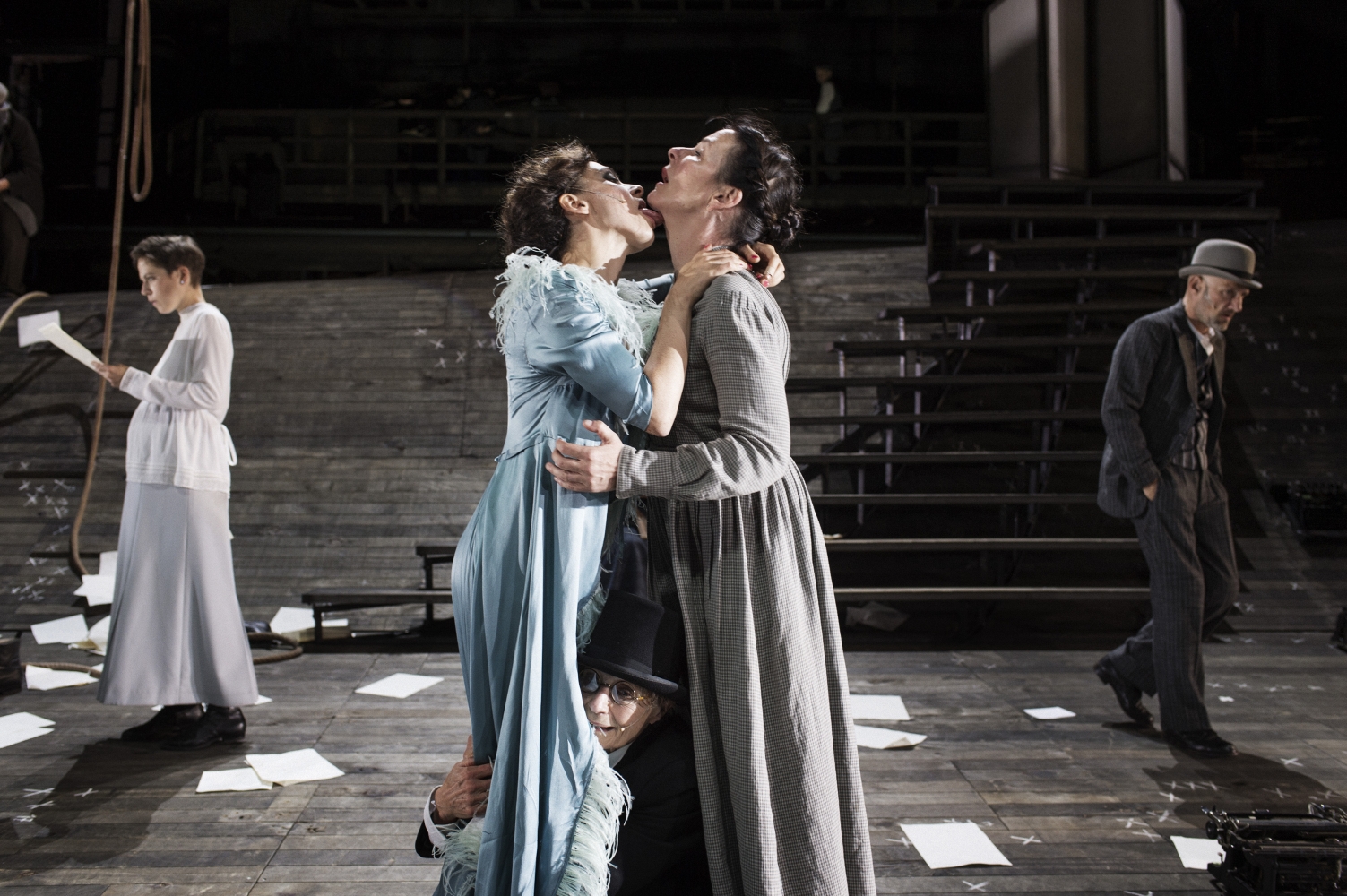 A variety theatre in Paris. Everybody is waiting for Nana to perform. Nana is the daughter of washerwoman Gervaise, who we met in the first part of this trilogy, ‘Love’ and who fell victim to poverty and alcohol. Saccard is also in the audience, waiting on this new star in the hedonistic sky. He has already heard a lot about the new girl, who has been sparkling across the streets and stages of the big city. As a speculator, Saccard has already founded a big company, which he hopes will navigate him across the whole Mediterranean and help him conquer the Orient. Syria is to be the springboard for his operation and he dreams of multiplying his capital in miraculous ways. He is on the hunt for money to make this happen – a lot of money.

‘Money’ sees director Luk Perceval continue his ‘My Family’ trilogy, based on the novels of the great French Naturalist, Émile Zola. Once again he deals with the theme of addiction, but this time it’s not the desire for alcohol and love that drives people, rather their greed for security and money – and the exciting idea of exponentially increasing their means, the beginning of capitalism. Zola provides the template for this evening of theatre, with his novels, ‘Nana’, ‘The Ladies’ Paradise’ and ‘Money’, which serve as contemporary witnesses, precisely describing the naive enthusiasm with which the first big department stores, stock exchanges and speculations were run and received. Blinded by their vision for endless expansion, his characters fly into the sun with waxy wings. Next season will follow up with ‘Hunger’, the final part of the trilogy, which you will be able to watch in a marathon sitting from 2017.

Co-production with the Ruhrtriennale