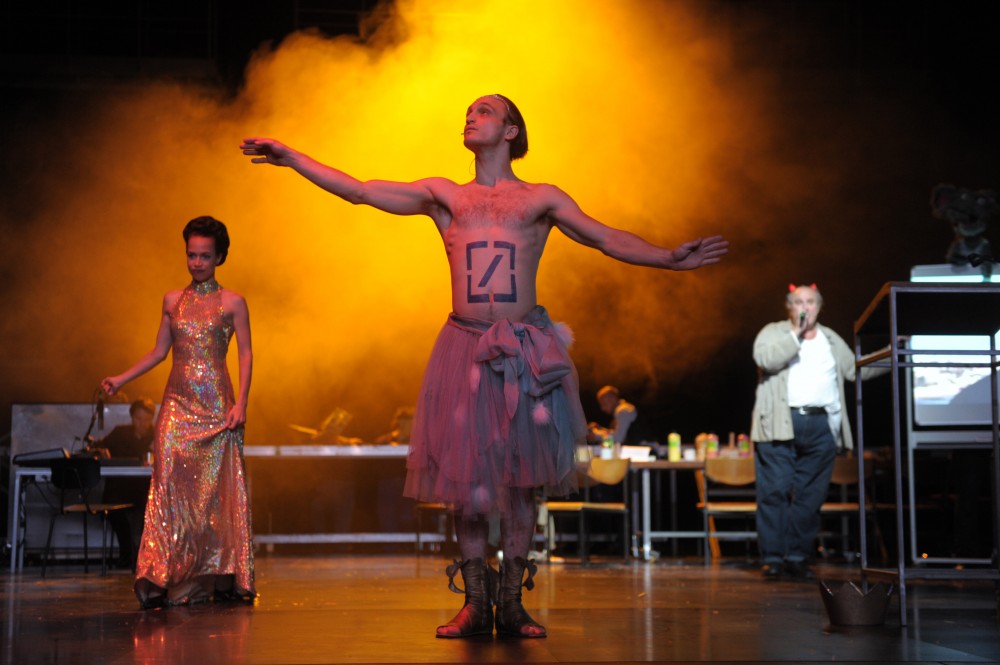 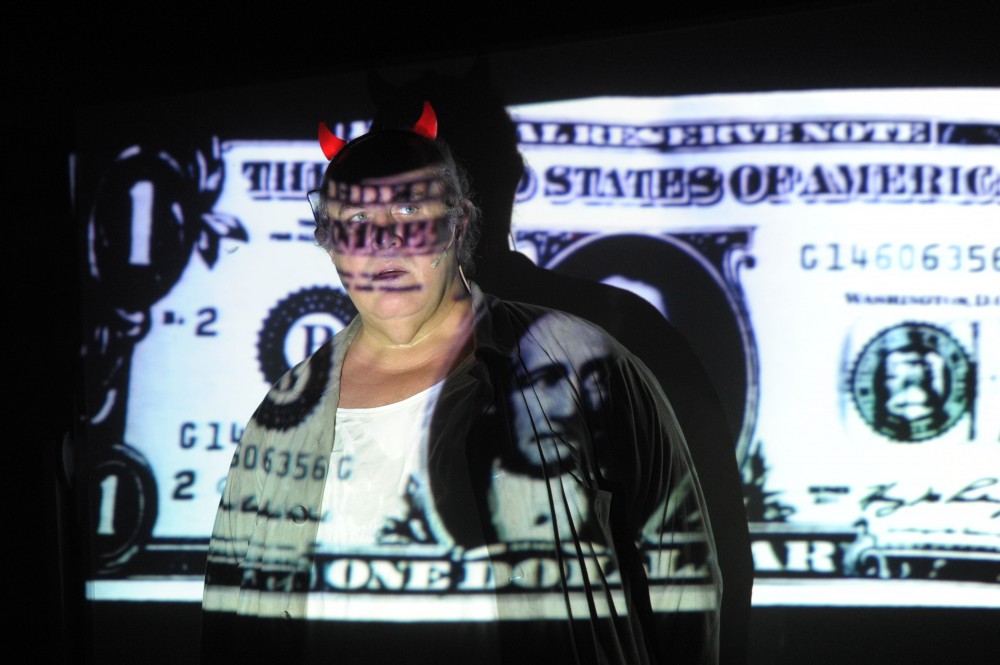 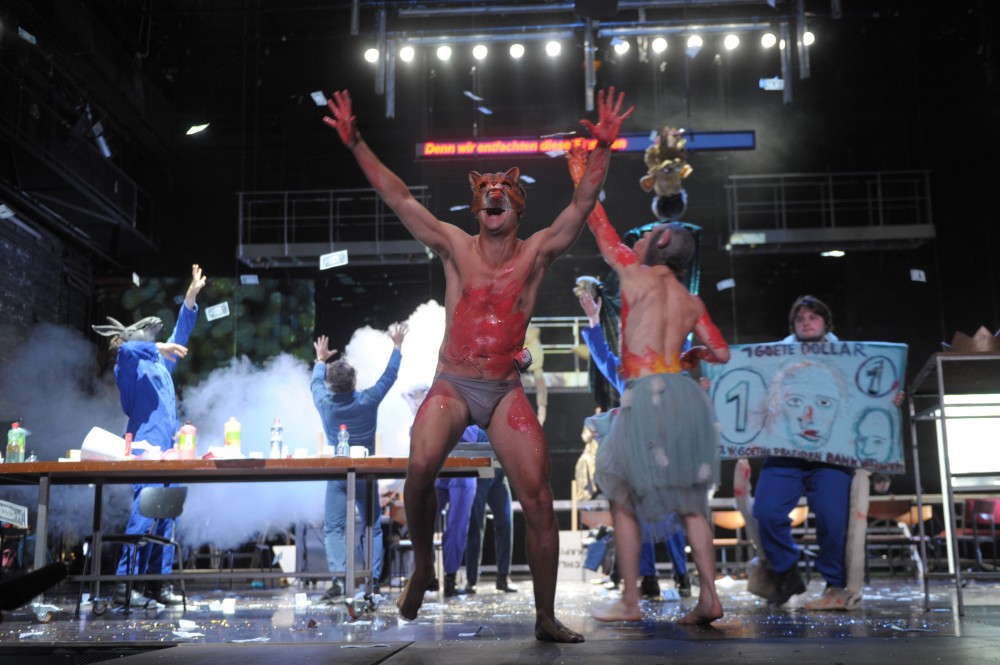 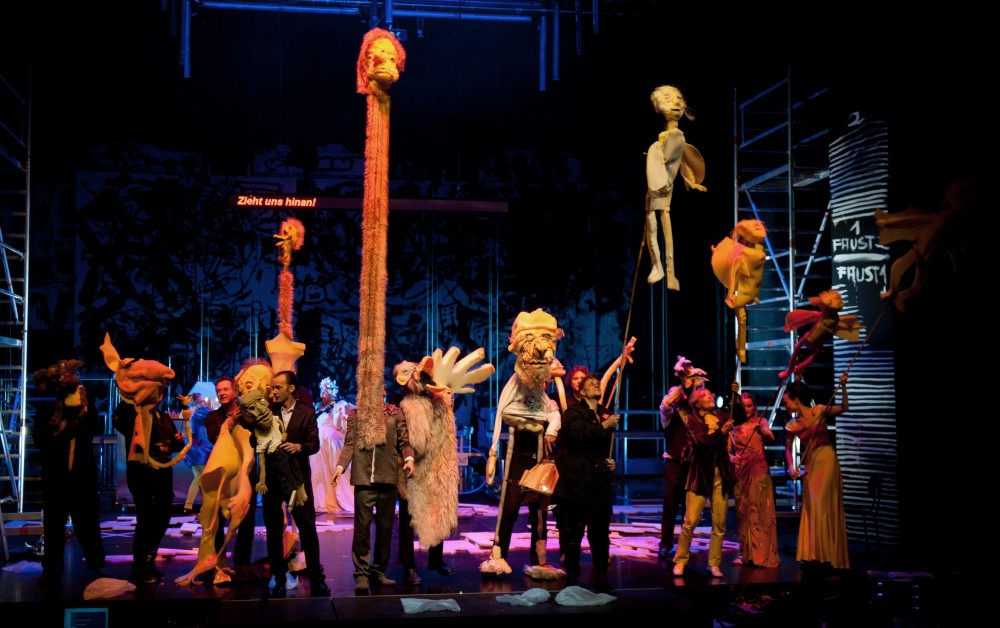 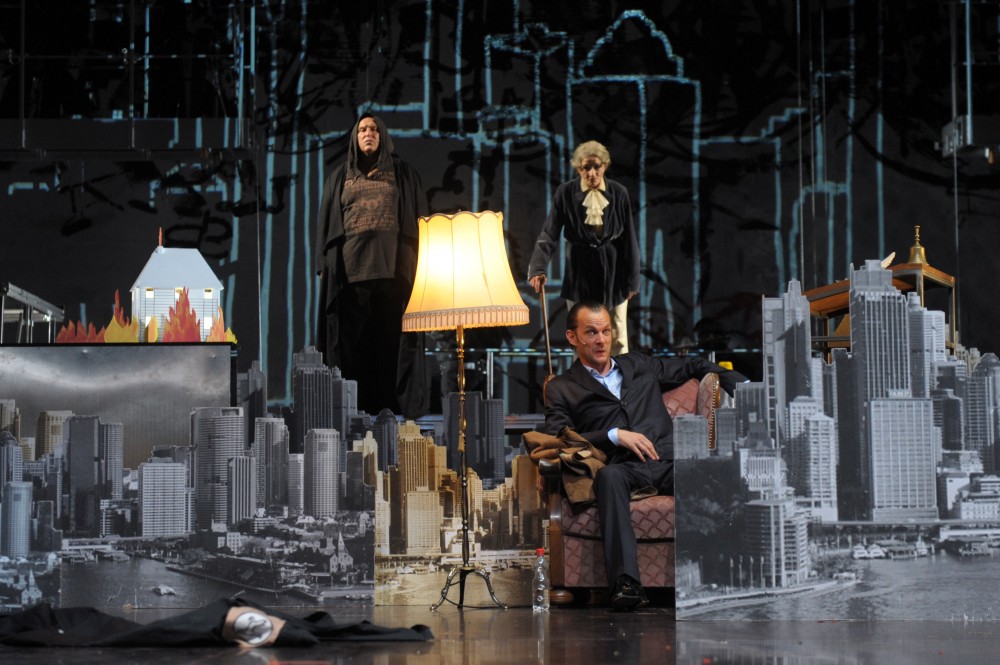 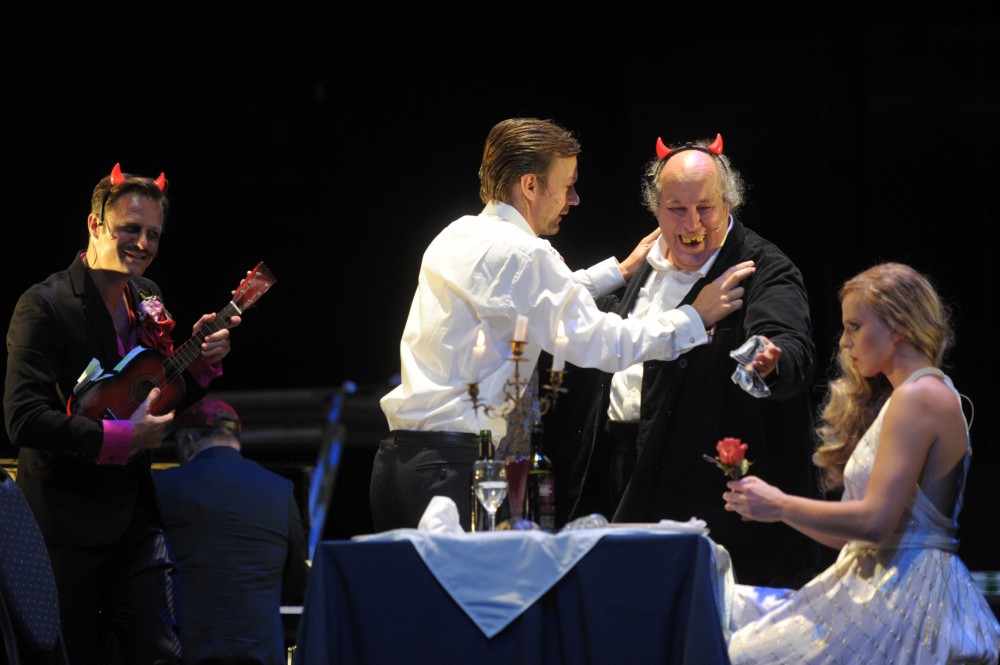 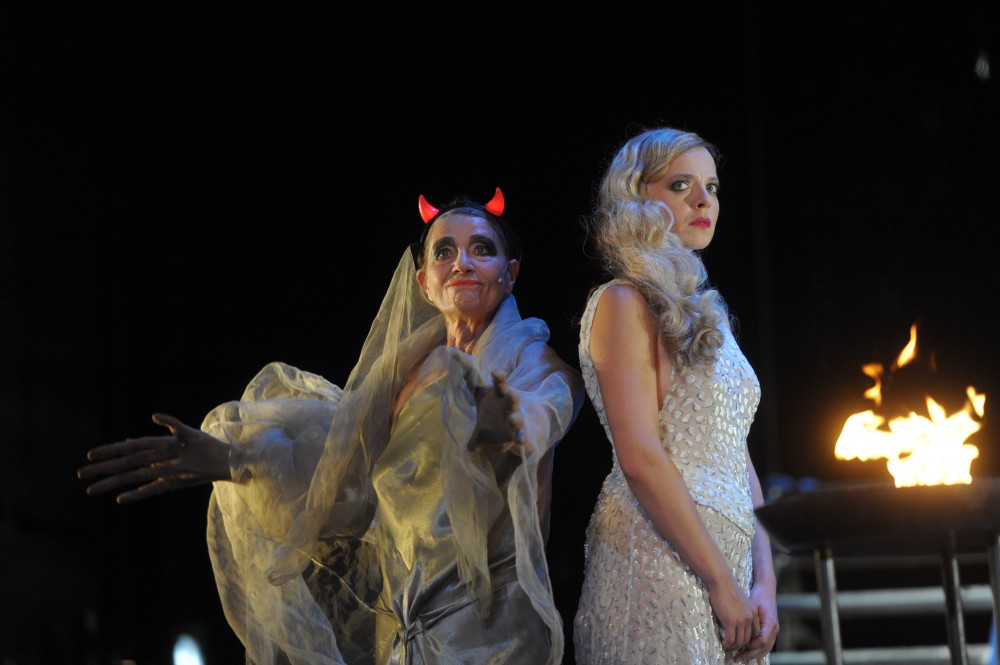 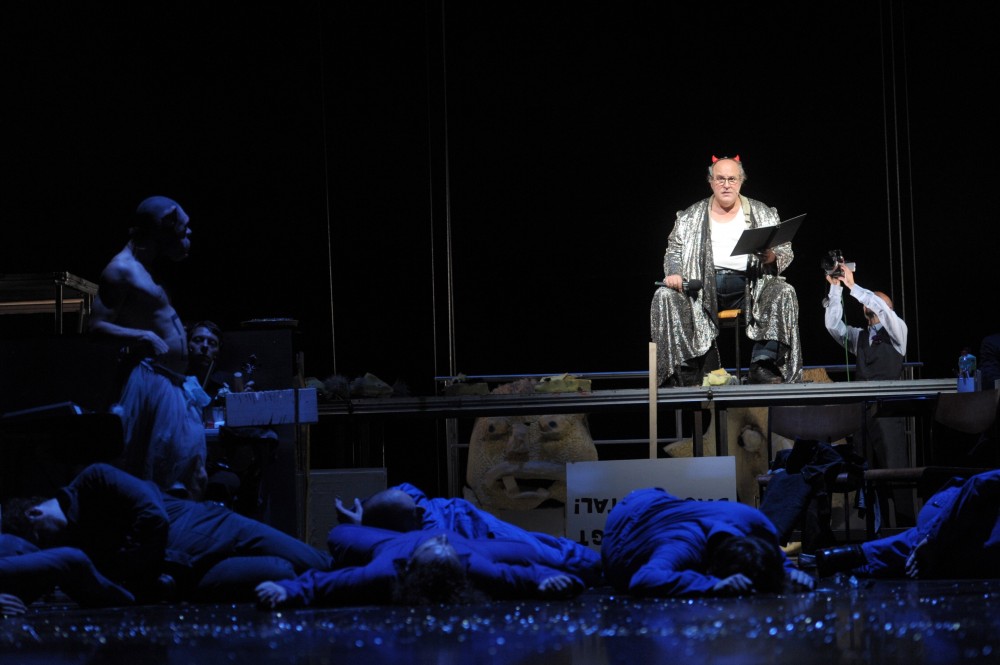 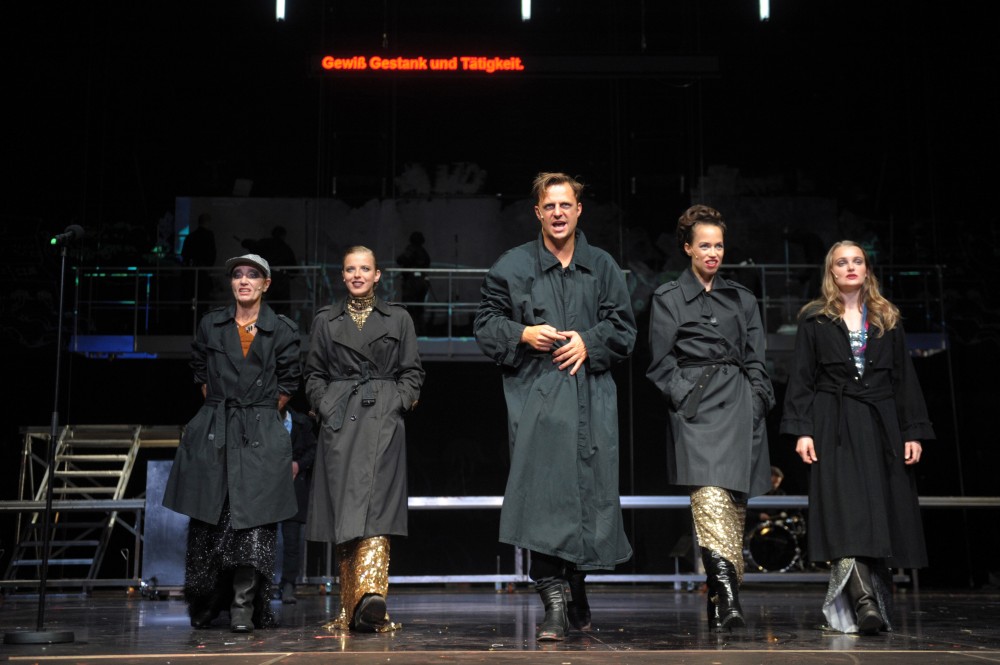 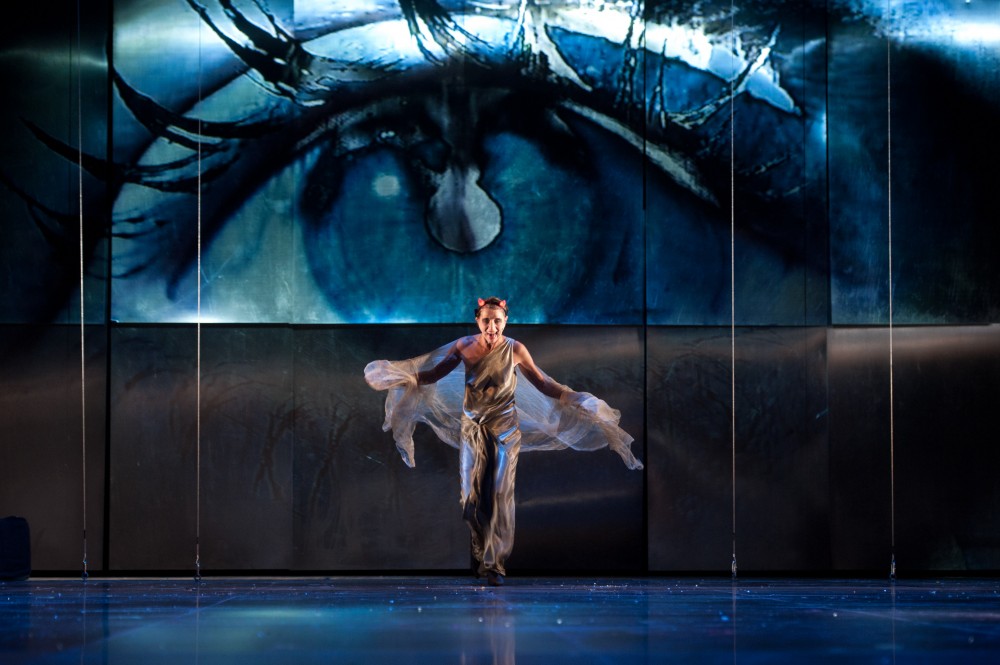 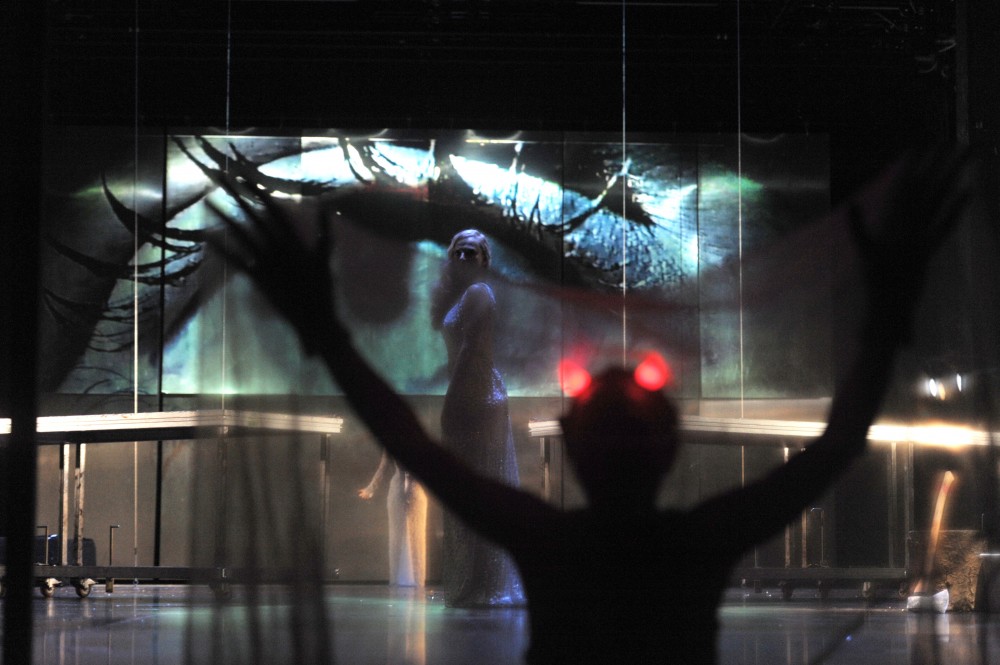 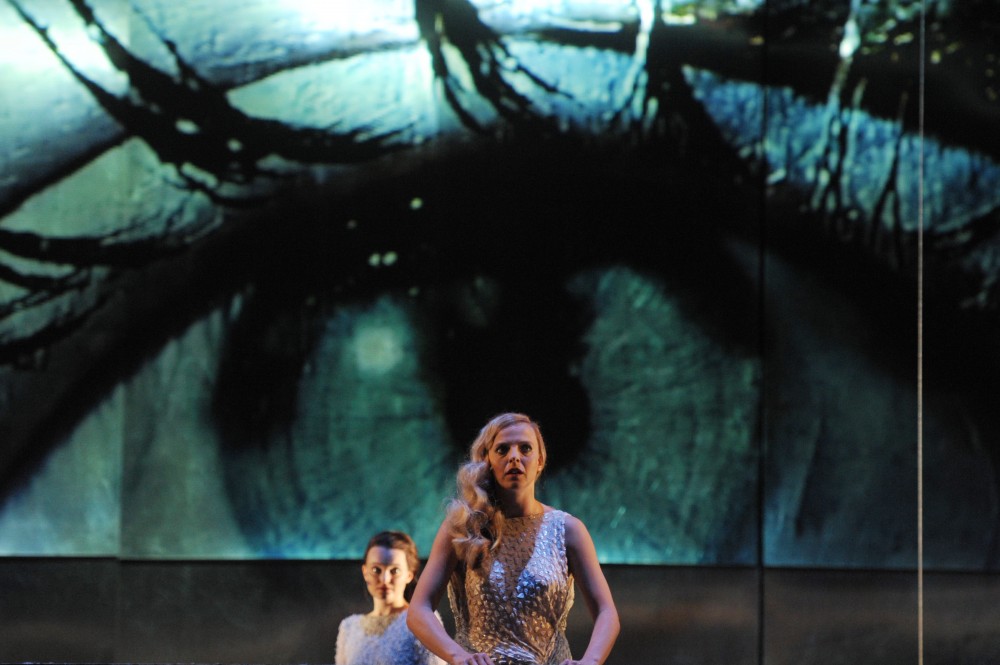 Worn down by the limitations of his own knowledge, unsatisfied by people and love, Faust tirelessly carries on. The devil’s wing should carry him further and further, no time, no space to evade availability. Nevertheless, Faust will not stop. The most beautiful woman won’t shackle him, no war, no still so outrageous ‘cultural achievement’ – not the magical creation of money, nor the artificial creation of a human being – can bring the doubting human spirit to halt. World domination stands before him! Human beings, no, he himself will be God over the land and sea! Faust is blind to the consequences of his actions. And so, by the end, nothing has been gained. Not his assurance, not a beautiful new world. And when the worldwide catastrophe fails to materialise, every line latches onto our anticipating conscience. One day nature will take back what devilish Faust violently snatched from her, will recognise man, who created destruction to repair the absolute freedom of his thoughts and form. The worldly ending of this great Faust epic could not be apocalyptic. Astonished, we discover that, magnificently, Germany’s favourite book is above all a lament on the state of the world.
In collaboration with the Salzburger Festspiele

Invited to the Berliner Theatertreffen 2012