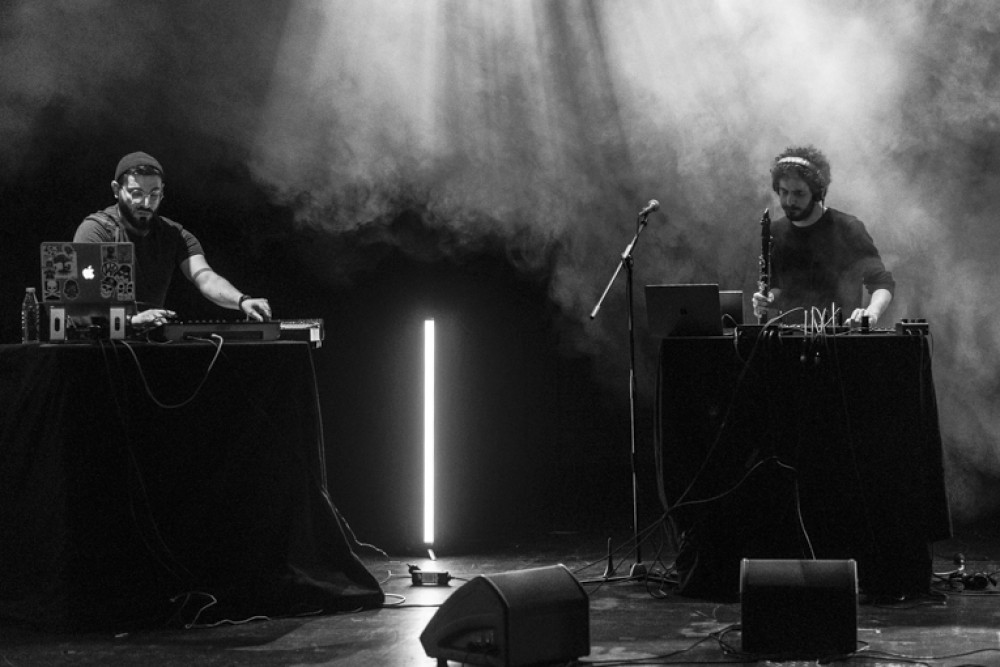 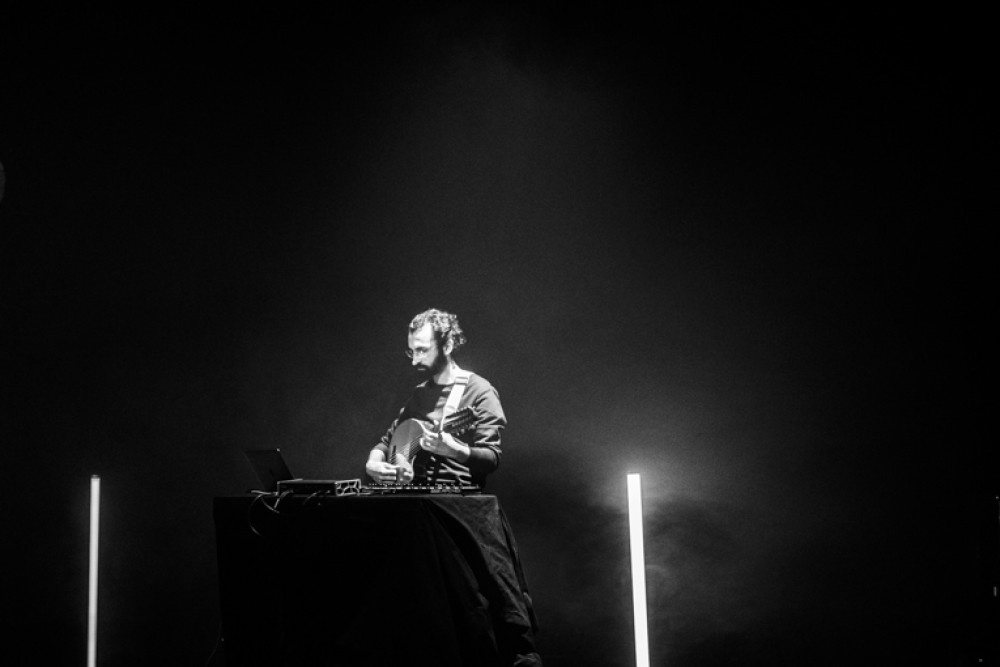 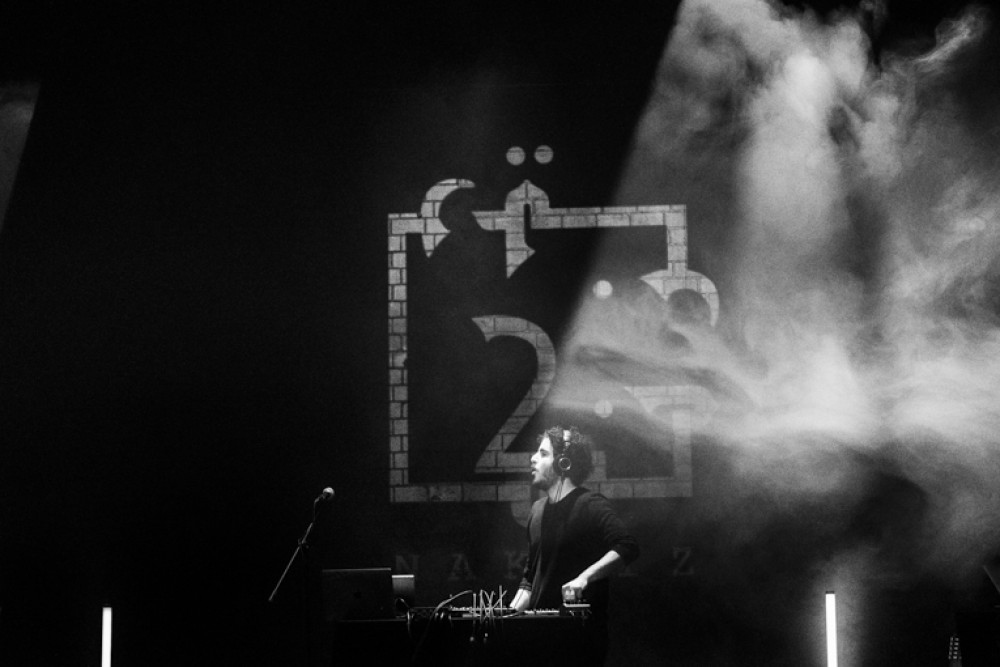 Curator
Mohammed (Ziko) Ghunaim
Please let me know when this play returns to the programme.
Conditions

Musicians, musical instruments and music itself have always been on the move. In music, as in other aspects of culture, the history of the Silk Road is marked by the exchange between two great cultural spheres. The Embassy Lounge focuses on the musical significance of this road, tracing its path from Damascus to the Levant.

Sam, Hasan and Yazan are from Syria and form the Sham Trio. They started playing music together in Damascus during the war. For almost three years they played in Damascus, Homs, Latakia and Beirut. Meanwhile they live in Berlin and introduce their audience to the beauty and spirituality of their musical influences - through the warmth of Damascus and its stony alleys between churches and mosques.

The electric band Nakriz was founded by Yazan Al Sabbagh, Saleh Katbeh and Hasan Al Nour. The three musicians play clarinet, oud and kanoun, sing and bring together the best selection of electronic and oriental melodies. Nakriz brings the best "Arabic Dance Fusion" to the stage. 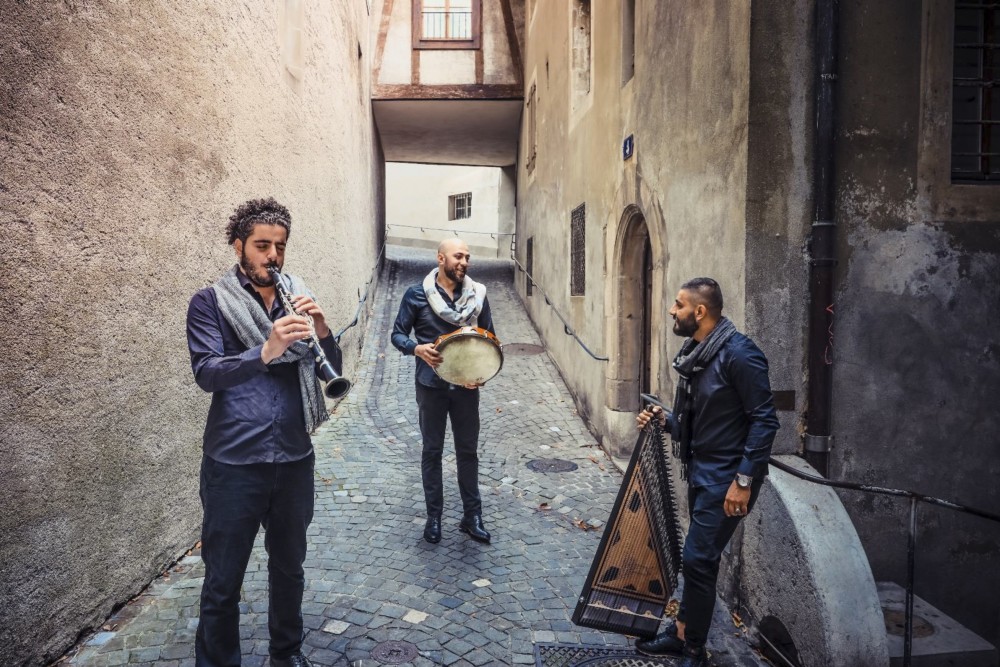 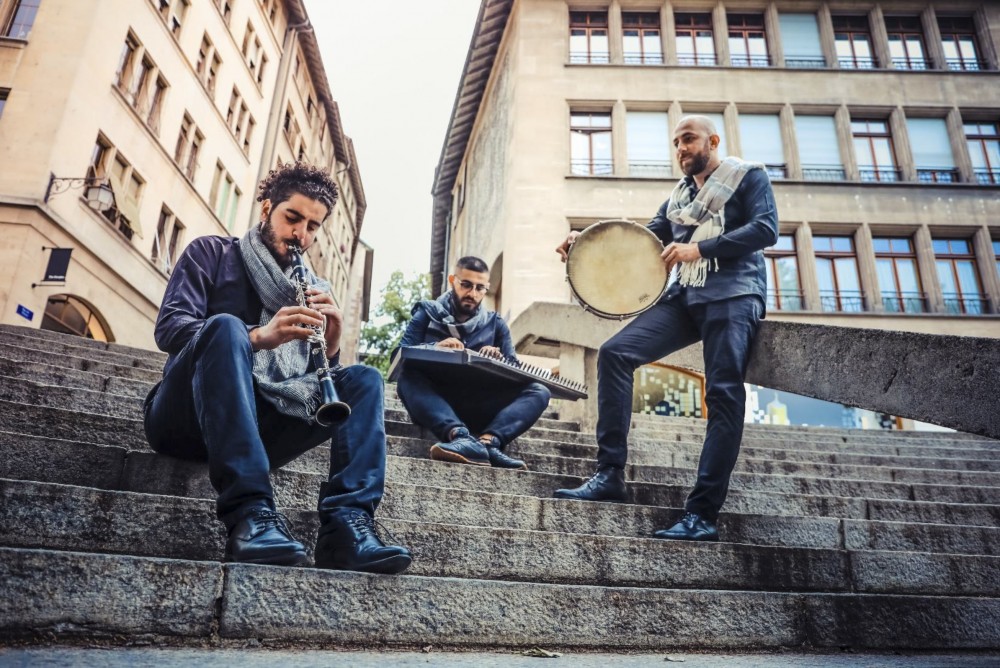 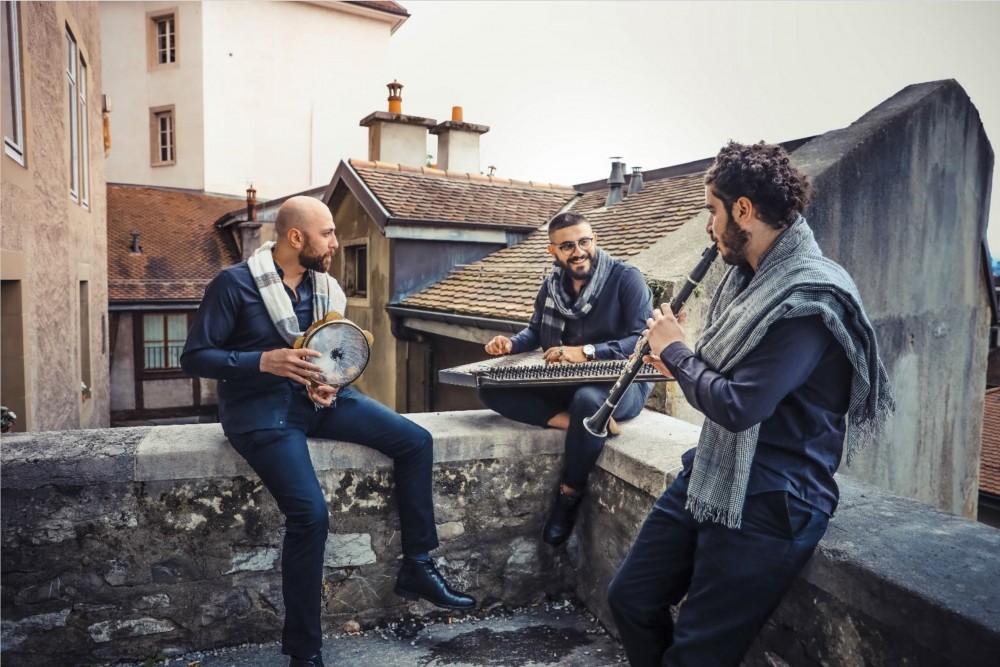 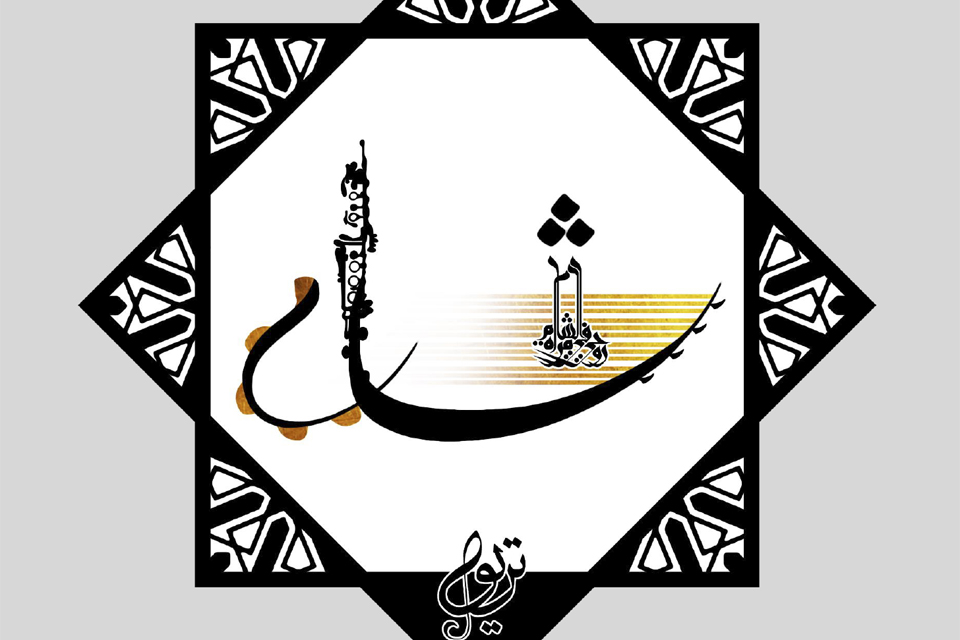 The third edition of the Embassy Lounge presents Mirage Band 8 and Hogir Göregen & Hakan Tu rul. The members of the Mirage 8 Band come from Syria, Iran and Mexico, among other countries - they are united by their passion for jazzy fusion sounds. The Berlin duo Hogir Göregen & Hakan Tu rul play well-known, traditional Persian melodies, their own songs and improvisations on santur and daf/tombak.

Hogir Göregen & Hakan Tu rul
In 2011, Hogir Göregen and Hakan Tugrul founded the band Resonance Collective (Temir Taiksa) in Istanbul. Their first album was released under the name "Coalesce" and is entirely written and composed by the two musicians. With the album in their luggage, Hakan Tugrul and Hogir Göregen have played at various venues and appeared in several TV shows. Currently, both are active in the Berlin music scene and perform as a duo. In this duo formation, they play well-known, traditional Persian melodies on santoor and daf/tombak, their own works but also improvisations.

Mirage Band 8
It's like a mirage, on the stage of Große Freiheit 36, the unique sound of Mirage 8 unfolds, artists from all over the world brought together by fate in the Free and Hanseatic City of Hamburg. Their unusual music does not fit into the category of rock band, and yet Mirage 8 has made it to the final round of the Oxmox competition. Because their melodies reflect the richness of cultures. The universe has sealed the musicians' fate and brought them together with virtuosos from all over the world. They come from Syria, Iran, India, Indonesia, Korea, Mexico and Germany. The guitarist and founder of the band Amir Soltani left his home country Iran. As a boy he played funk and heavy metal at private parties. Amir's singing comes from deep in his heart, he sings in Farsi. Each band member of Mirage 8 sings in a different language and yet they understand each other. "Music is our universal language and connects our souls." Amir Soltani played with many bands after he fled. But it was with Mirage 8 that he found his home "We are living our dream and have found a new family through music." Then in the diaspora in Hamburg, he met Abed Harsony, a classical Arabic oud player from Syria.

Embassy Lounge Vol. 2 with Bu Kolthoum und Jundi Majhul
Bu Kolthoum is a well known Syrian music-producer, singer and rapper within the Arabic Hip-Hop-scene. His energy and music inspire the Arabic underground scene, he plays of the middle eastern “Makamat” and his expertise with Arabic traditional Sofi-singing. His work varies from soulful Arabic R’n’B tracks to hardbody Boom bap Hip Hop with everything in between. The Syrian producer was also a member of the band “Latlateh”. Bu Kolthoum is best known for his album “Inderal”, which was released in 2015. Today, he is based in the Netherlands.
https://open.spotify.com/artist/58UPSgCUefEHXrtQkPd64B...
Jundi Majhul is a rapper, hip-hop artist, beat maker, and music composer from Damascus, Syria. He is known for his jazzy hip hop grooves, mixed with oriental middle eastern texts, adding heavy political and social content. The cu-riosity led him to discover other genres and instruments. In july 2017 he released a solo album titled " EI-Mahatta L'oula", and became the second release after "Classilky", his mix tape from 2015.
He started learning percussions to become a professional Djembe player along with his band “Gebebara Unity Drums”. In 2018 Jundi launched his finger-drumming and live beat making project, using his talents in playing multiple instruments to produce live music on stage. The Syrian MC lives in Paris.
https://open.spotify.com/artist/7r0abG9QWEI67MdSm6589r... 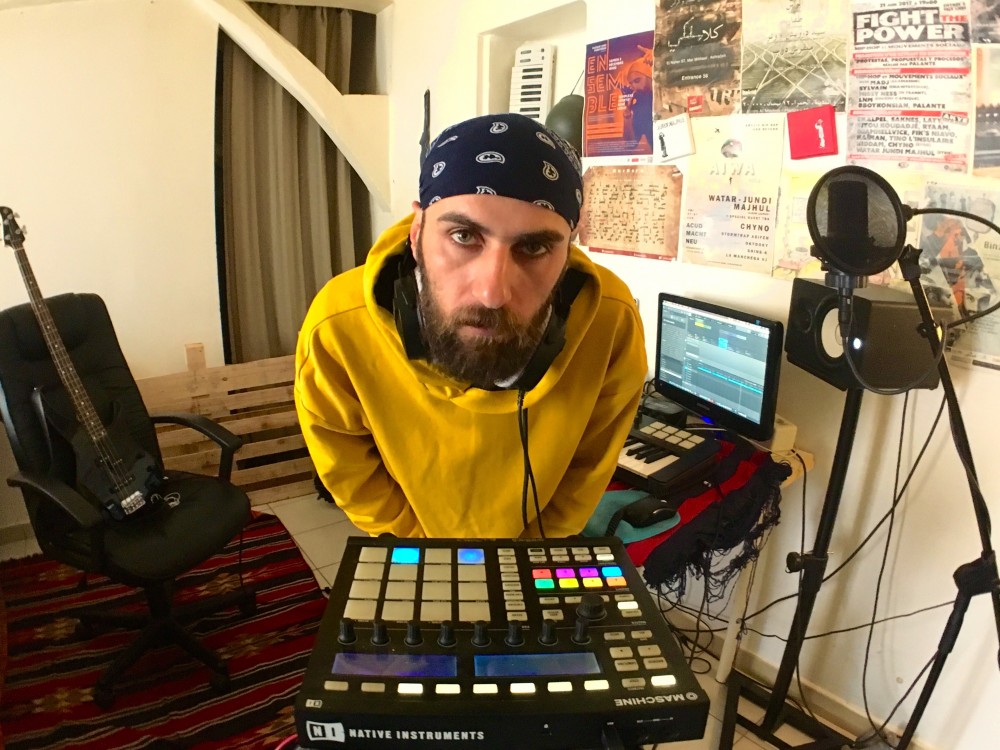 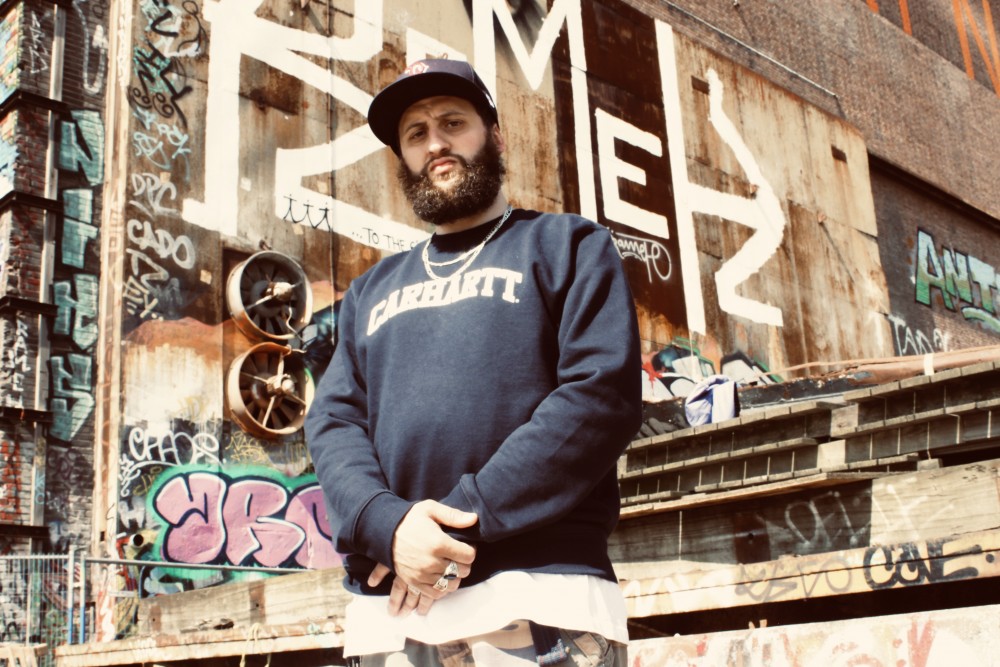 Embassy Lounge Vol.1 Travel in the East
“Music gives a soul to the universe, wings to the mind, flight to the imagination and life to everything.”
The ''Embassy Lounge'' is Musical Salon and a refuge, Where words fail, and music speaks. In our first Event, we will Dance on the Middle Eastern rhythms. This trip is all inclusive from Turkey to Syria, Iran and Palestine, you don’t need a Visa or passport to join our journey. We are the music makers, and we are the dreamers of dreams.
Music Line-up:
Hosain & Elsam 0093 lsam 0093 Hip Hop duo Amini brothers They are engaged in their mixed German / Afghan texts and beats with questions of identity, strangeness and resistance.
#Refugato: Regge Musik A music band by Trigga Di Natured Jbb and Abd Allahghonem and more musicians from different cultural background. Mixing oriental sounds with Reggae Dancehall to talk for the masses.
Paco Hallak and his Crew flamenco guitarist and composer, from damascus, syria. He studied guitar in several music schools, and got lessons from the world-renowned flamenco guitarist paco peña. He had performed many concerts in famous stages, flamenco or jazz or even oriental music.
https://pacohallak.com/
SAFAR BAND (Travels) interprets folklore and series music from the Middle East and Oriental flamenco. So it makes you dance and improvise. https://www.facebook.com/officialsafarband/videos/736480533366432/
DJ HILWI Rasha Hilwi is a Palestinian writer, cultural journalist and DJ. She was born in the city of Akka and now is based in Berlin. She DJs music and songs from the Middle East, North Africa, West and South Asia as well as Eastern Europe.
https://soundcloud.com/jafrasha
Music is … A higher revelation than all Wisdom & Philosophy.
22 June 2019, Nachtasyl 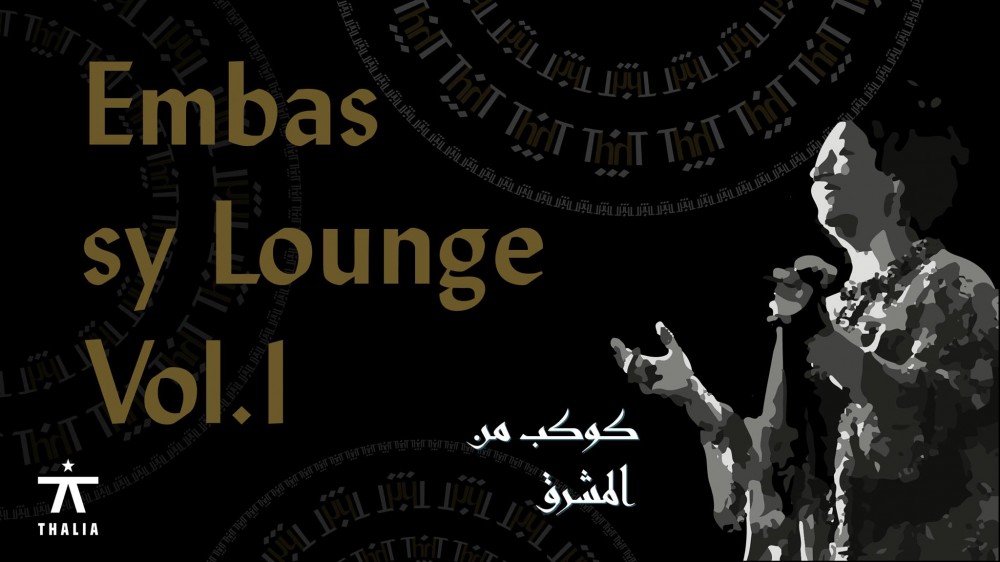 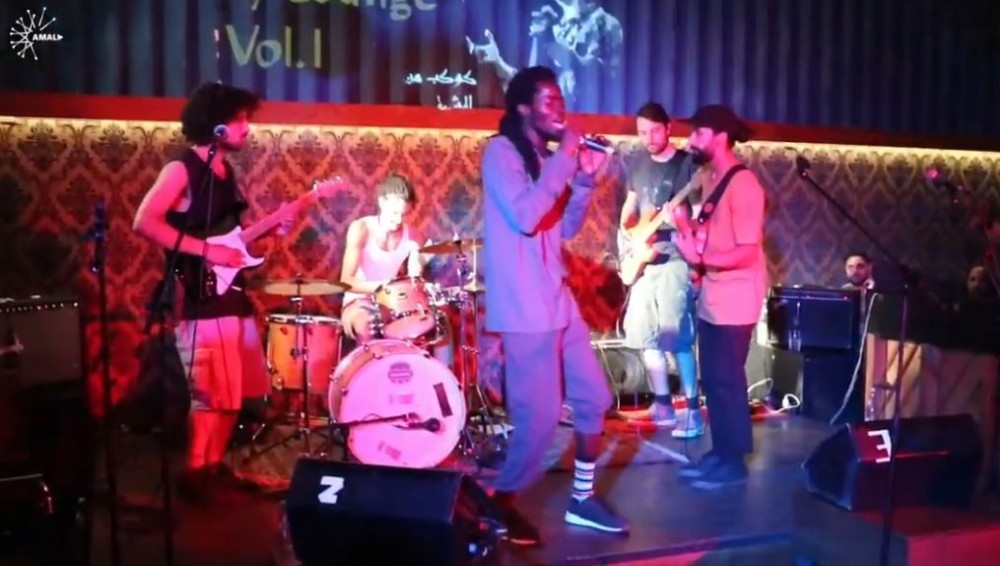 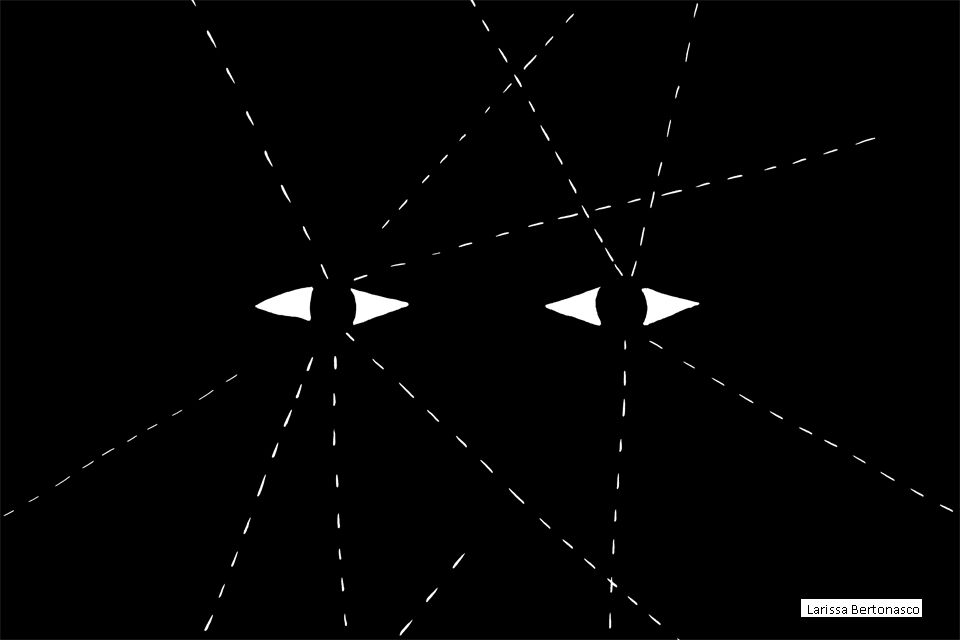 Voices from the Exile