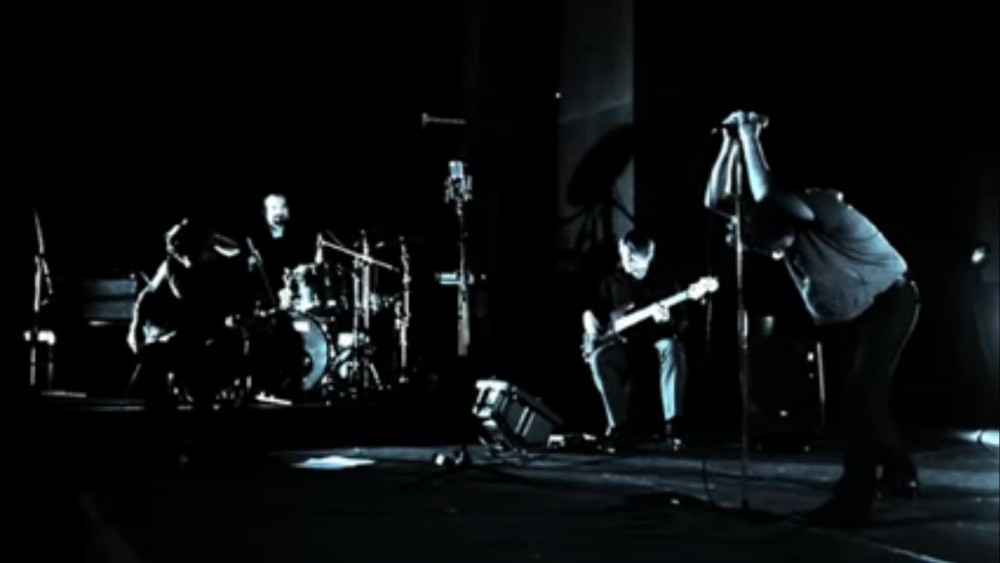 The German army soldiers returning from the war in Afghanistan are forcing themselves more and more into our social awareness. High time too! The opening of the Berlin Trauma Centre for Federal Army Soldiers in 2010 is just one signal of this phenomenon.

Already in 1946, the 26-year-old Wolfgang Borchert was writing about the generation of veterans of another war. Totally without the benefit of trauma research he made the return of war veteran Beckmann to Hamburg palpable as a nightmare. As in a fever he wanders the streets of a lost yesterday and yet remains stuck in the middle: between life and death, past and present, dream and reality. Tortured by always the same dream in which the dead scream and play a gruesome concert on a xylophone made from human bones, he searches desperately for a place where it all may stop. Will nobody, nobody give answer?

In Luk Perceval's Production, this inbetween-ness becomes an absurd circus, a scenic concert in which spent life passes before us as dreamscapes. Beckmann sings, screams, whispers and rhymes his desperation off  his chest. The requiem of a beginner. A concert. Felix Knopp is simultaneously Beckmann and the singer of the band "My Darkest Star", whose music sends him on a nightmare journey of no escape. And above him soar and around him dance the angels, people with Down-Syndrome from the Eisenhans Theatre Projects who are performing for the first time on the Thalia Theater's Stage. "Are they beginners? Yes my good man, life isn't always as easy as all that. No, you're thinking that a bit too simply." 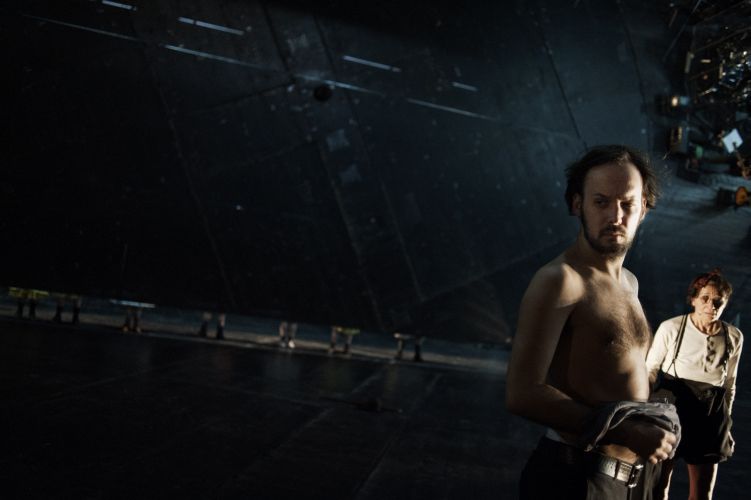 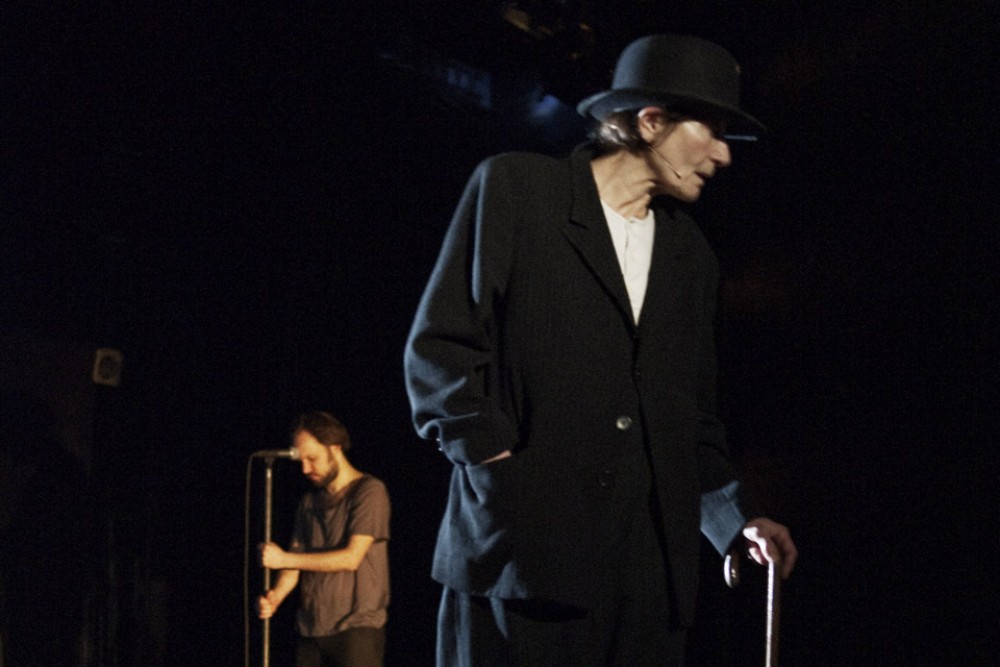 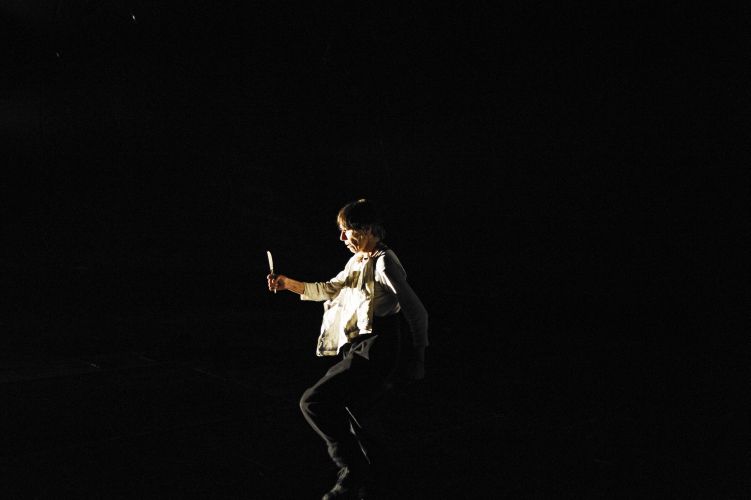 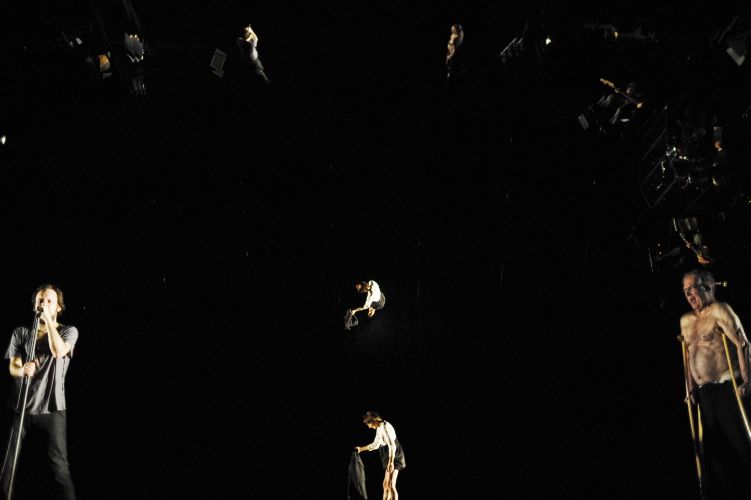 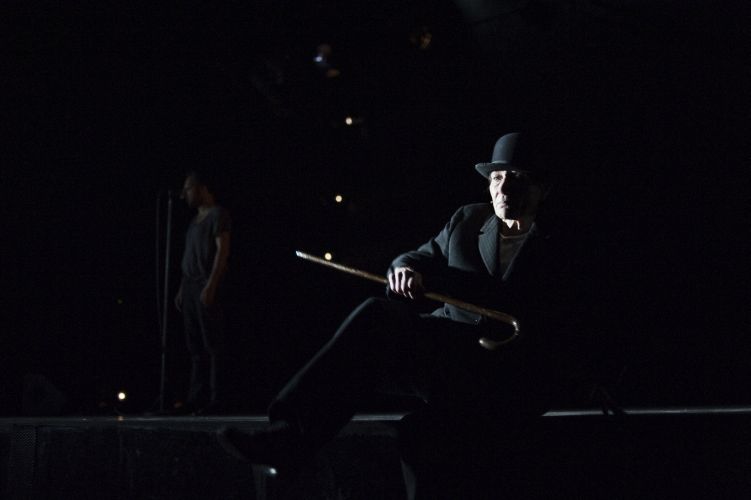 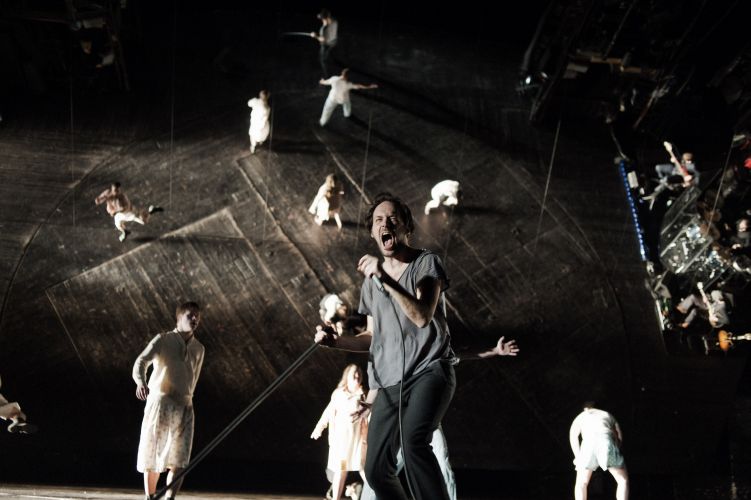 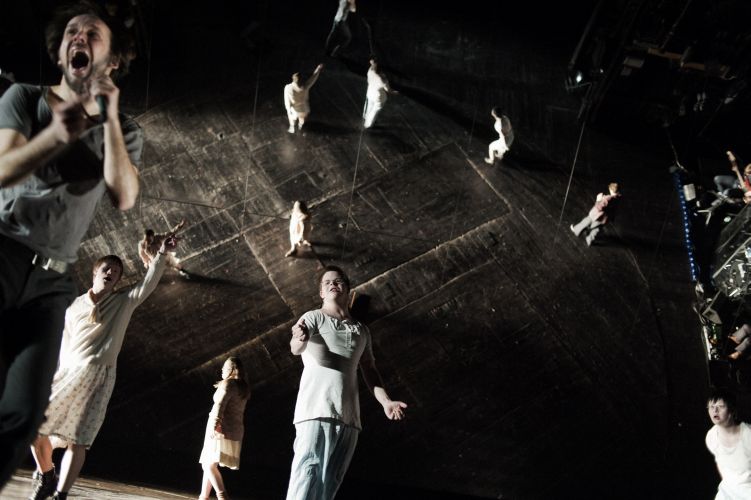 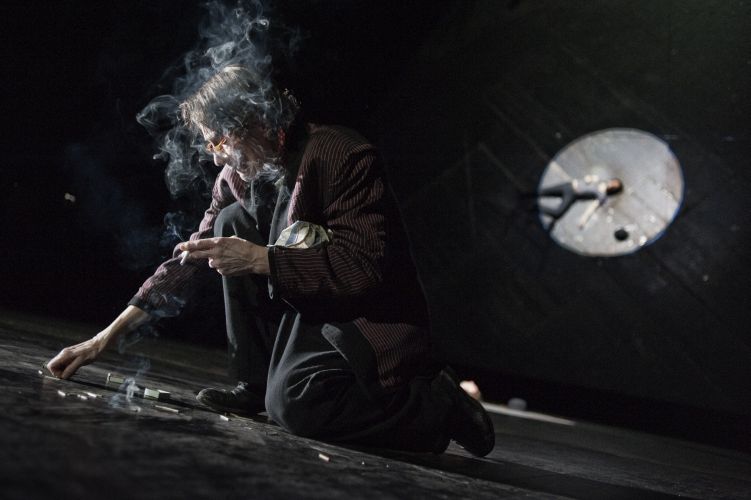 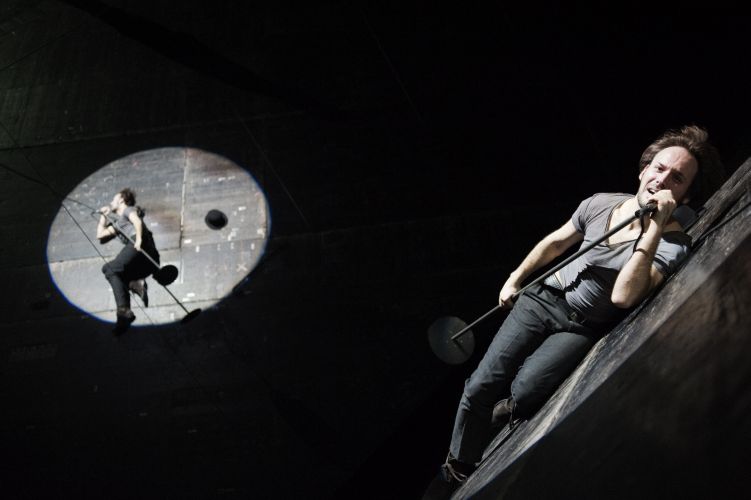 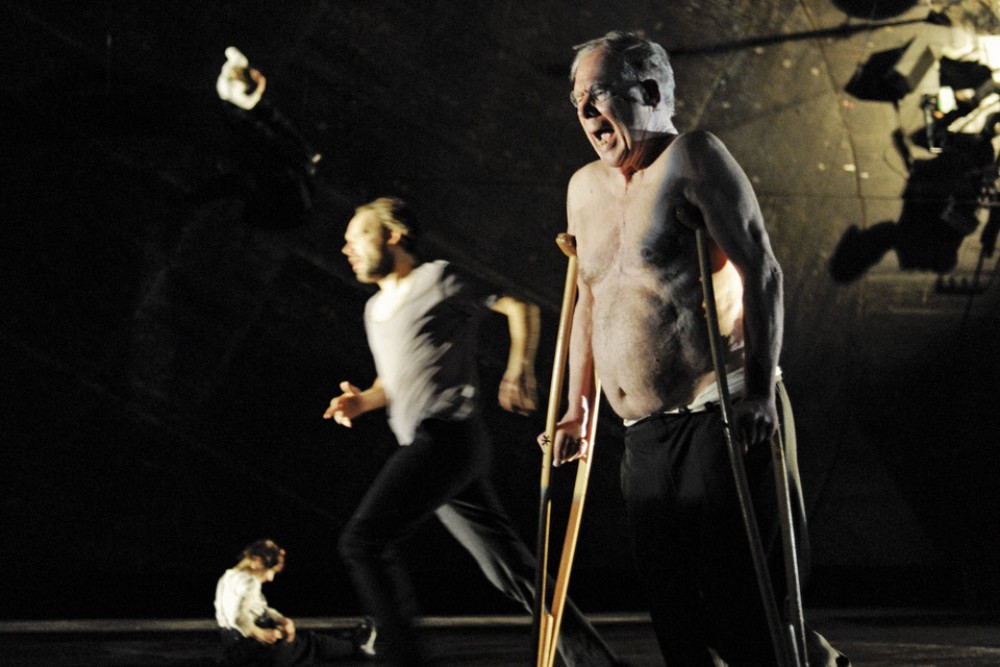 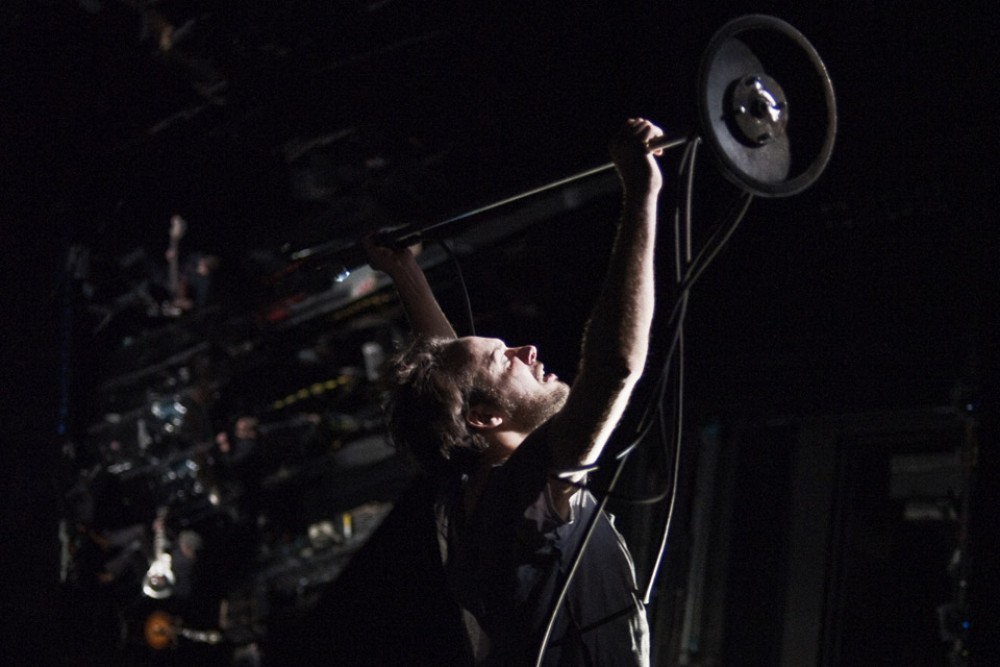