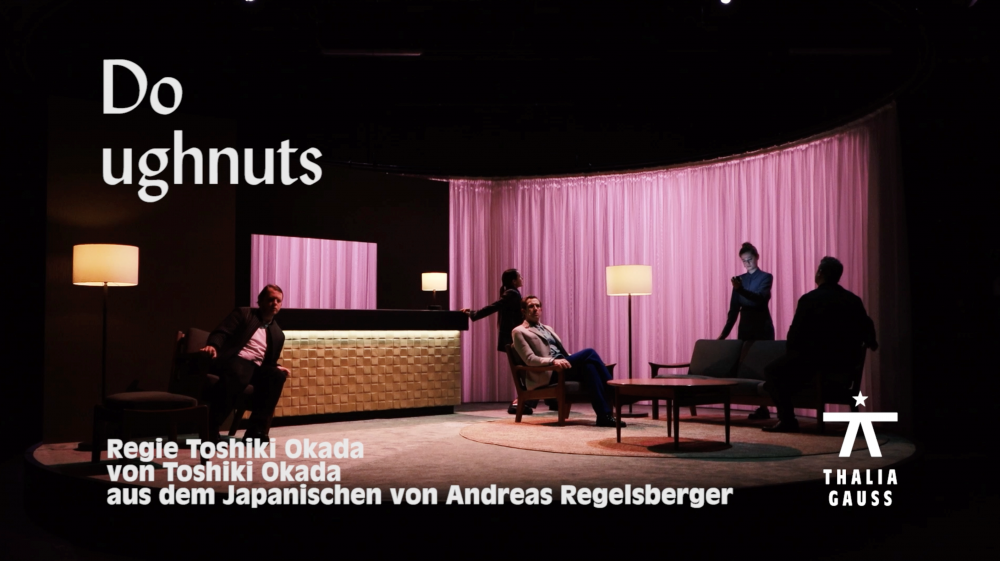 Japanese theatre star Toshiki Okada invites his audience to encounter the hypermodern in real concrete spaces: at a late-night tube station in Tokyo (“Nō Theatre”), in a karaoke bar (“No Sex”), in a residential house (“The Vacuum Cleaner”). There, he approaches them with the tools of the contemporary version of the Japanese Nō Theater technique. For “Doughnuts” he is gathering a handful of conference guests in a hotel lobby.

The world is like a doughnut: lots of edge and a hole in the middle. An empty space that grows ever bigger, with the increasing erosion of all certainties. A perfect image for a modern phenomenon: A species takes over a foreign living space and causes confusion. A bear in the supermarket, a mutating virus or social media without a heart. It reaches a point where nobody knows anymore whether their own way of thinking is still valid – not least because humanity demands a redefinition of its values at high speed. Or even: because humans lose the connection to speed.

Okada came to international attention with his company ‘Chelfitsch’, and regularly performs his work in Asia, North America and Europe. “The Vacuum Cleaner” (Munich Kammerspiele) was invited to the 2020 Berlin Theatertreffen. “Doughnuts” is Okada’s first production at Thalia. "Doughnuts" on the studio stage at Gaußstraße is Okada’s first production at Thalia.

Invited to the Theatertreffen 2022

A foray into cutting-edge absurdist theatre: For ‘Doughnuts’, Toshiki Okada gathers together an illustrious group of internationally renowned, brilliant Japanese performers in a hotel foyer. Sophisticated, cosmopolitan types, representing either the academic establishment or the business elite, or both, we’re not exactly sure. It’s only something banal that slows them down – their taxi doesn’t arrive, possibly because of the fog outside. They can only wait, talk and move. They deliver sentences while performing complicated, highly-concentrated choreography from conflicting yet perfectly organic arm, leg and hip contortions. On top of this they build complex, incredibly precise sentences. They weigh up whether it would now be better to take the bus or wait a few minutes longer for the taxi, approaching the issue with steadfast rationale and relentless kindness. This regularly leads them to cleverly evaluated alternatives, which are so effectively blocked that nothing actually happens. Only the hotel sauna and the wifi function properly here: the world of doughnuts is smooth and circular, with a hole in the middle. 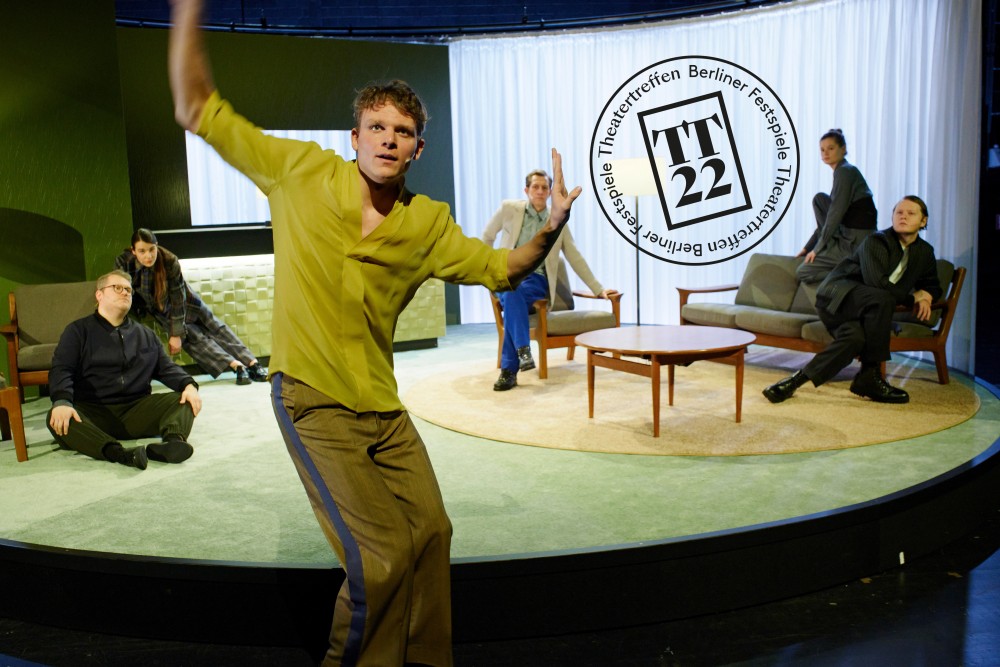 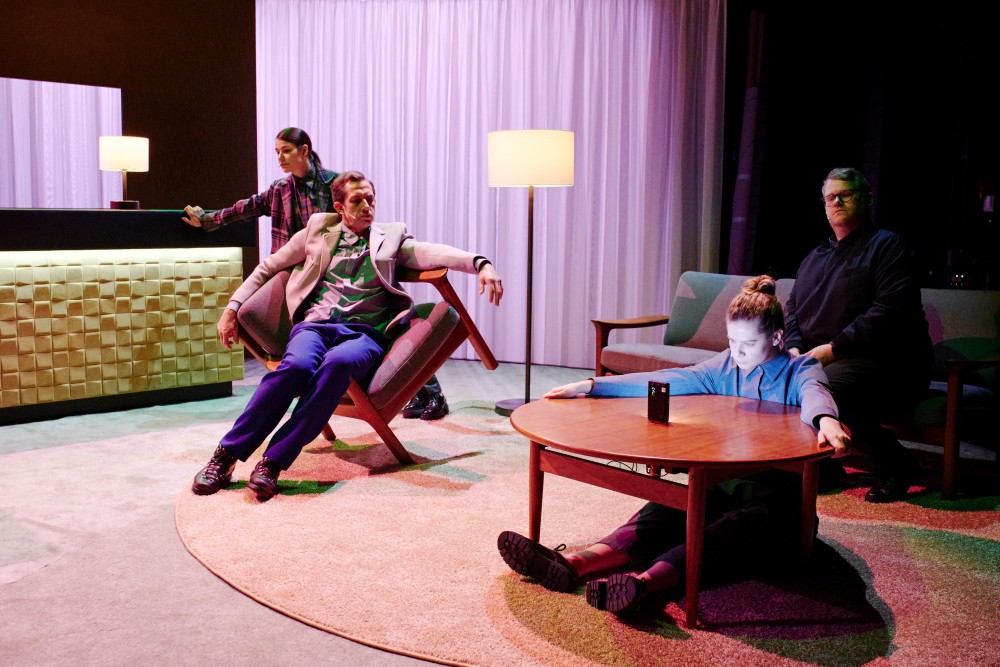 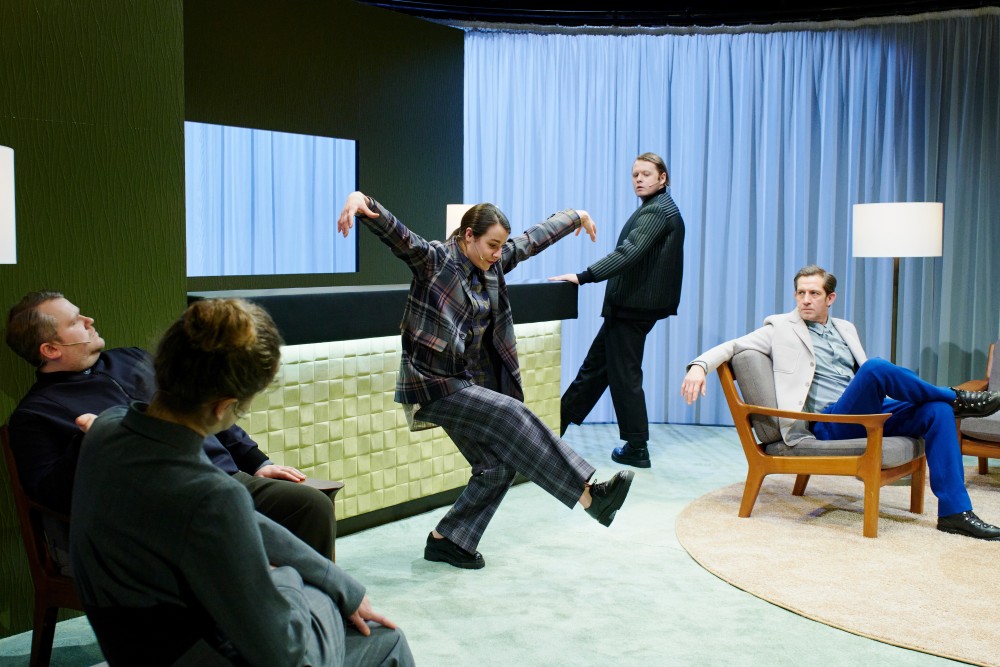 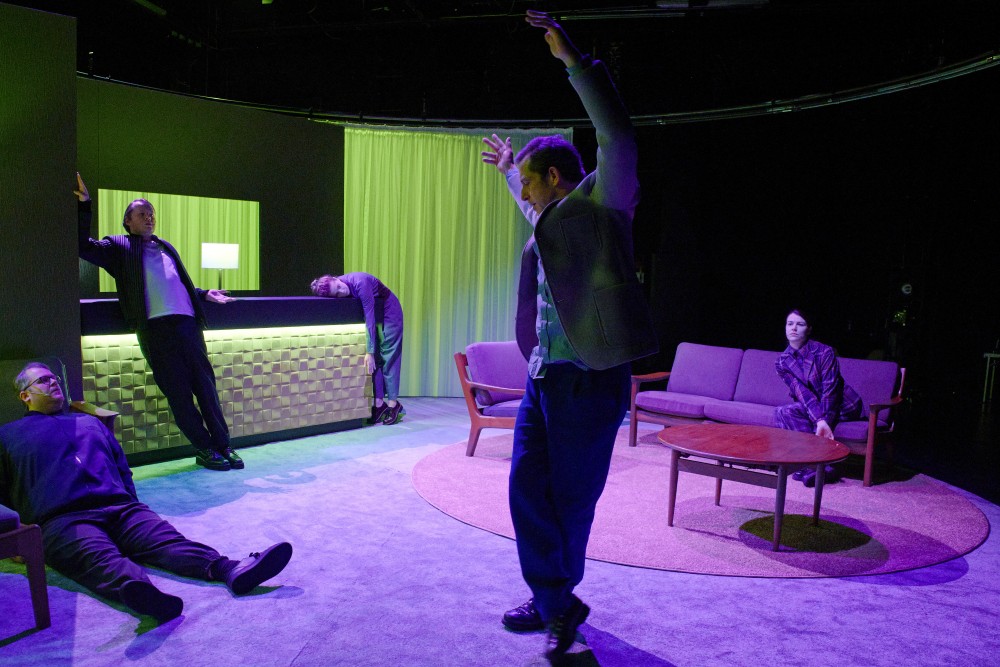 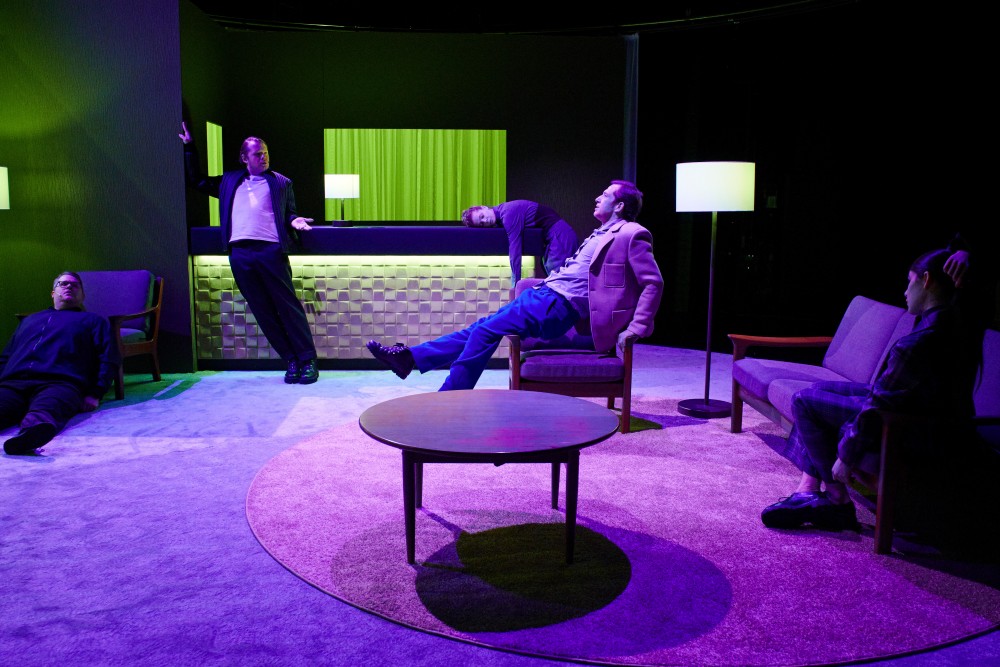 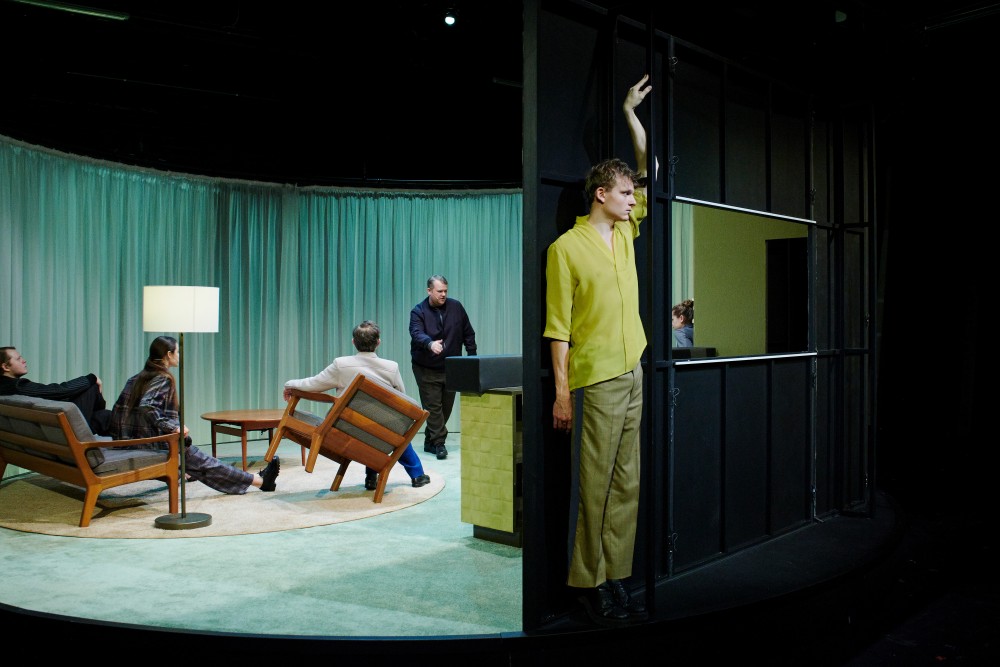 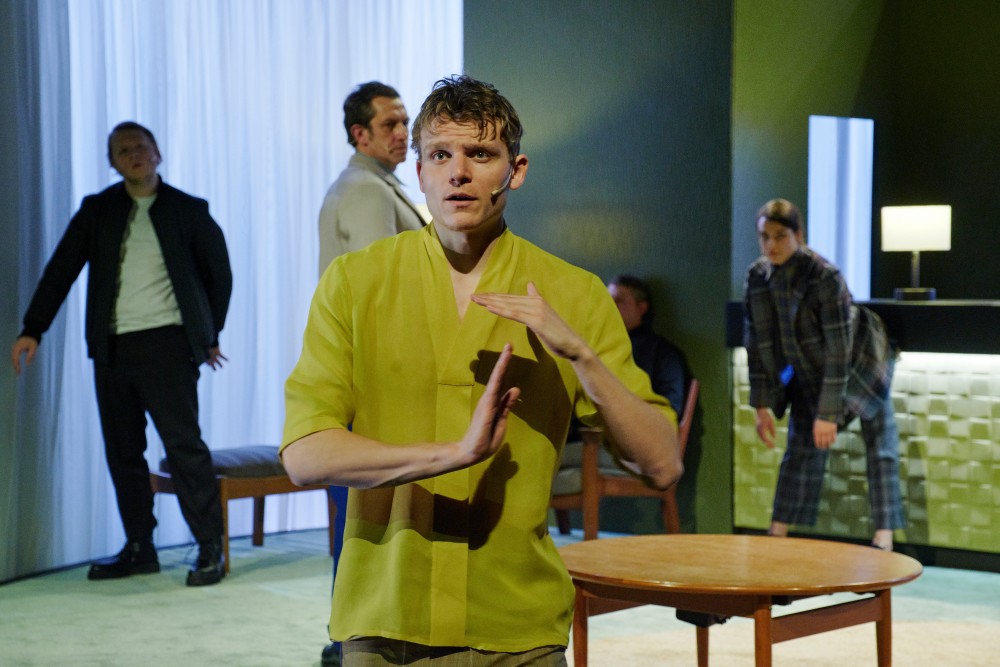 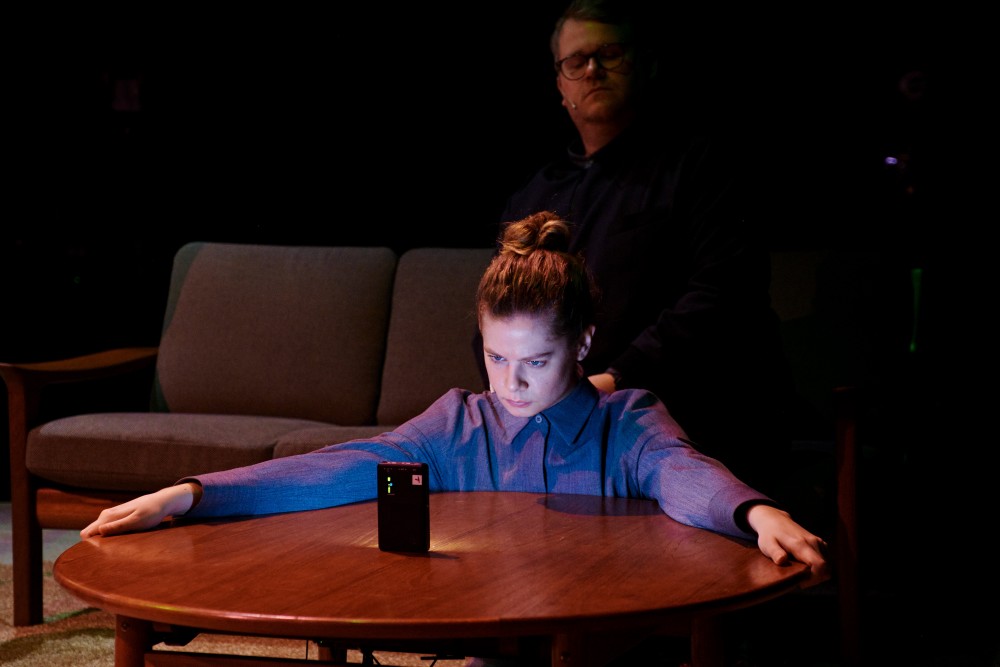 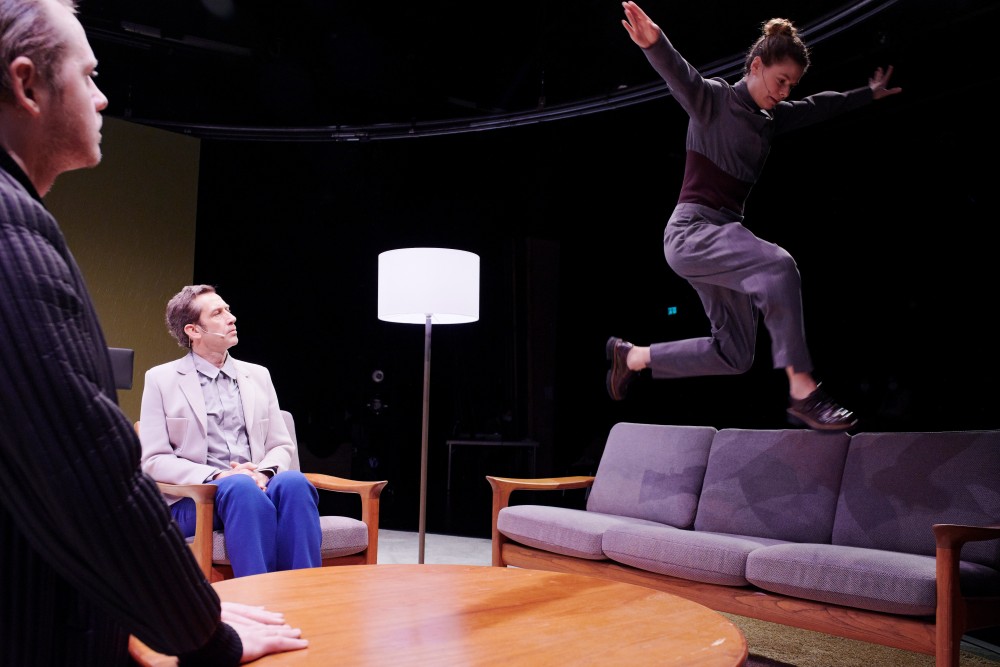 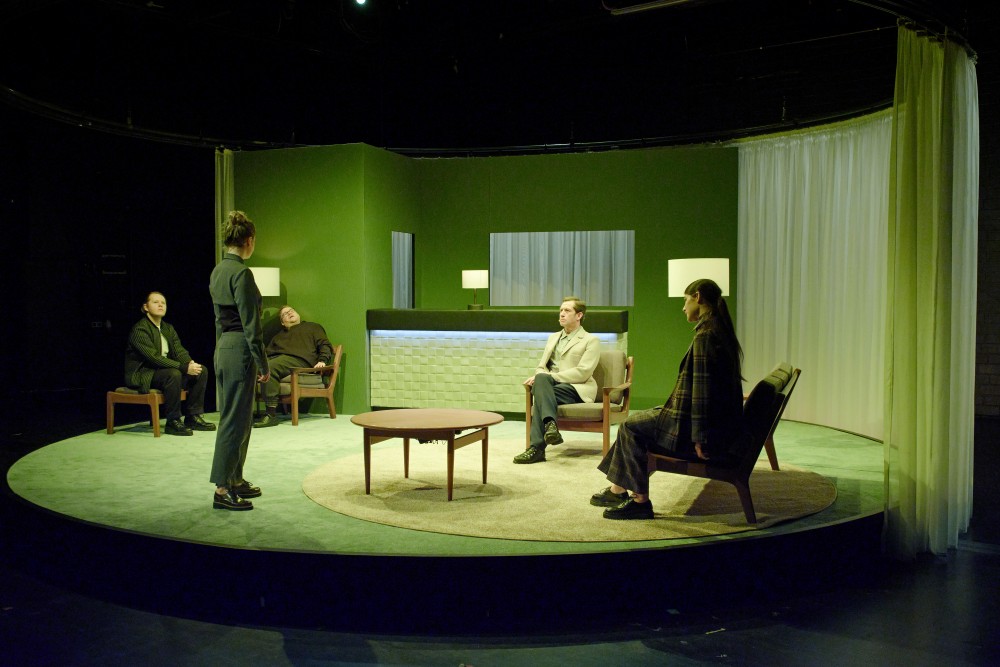 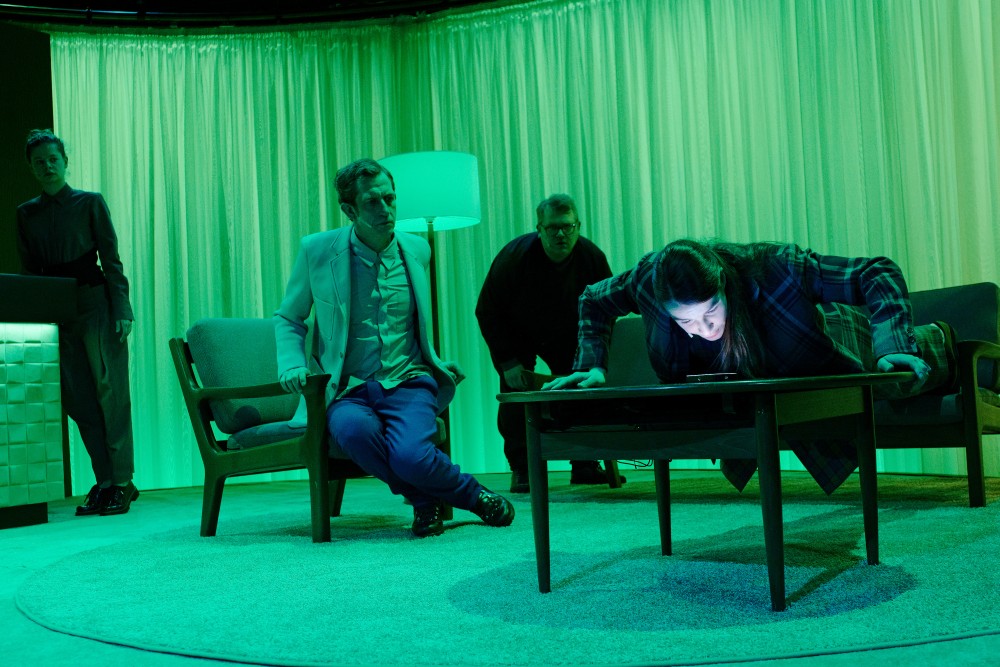 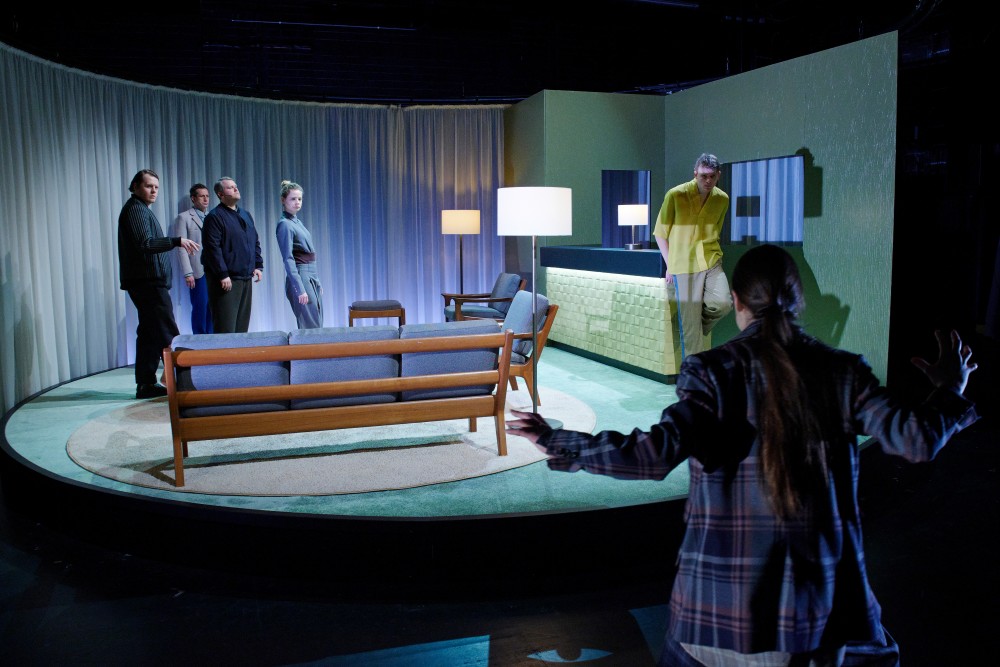 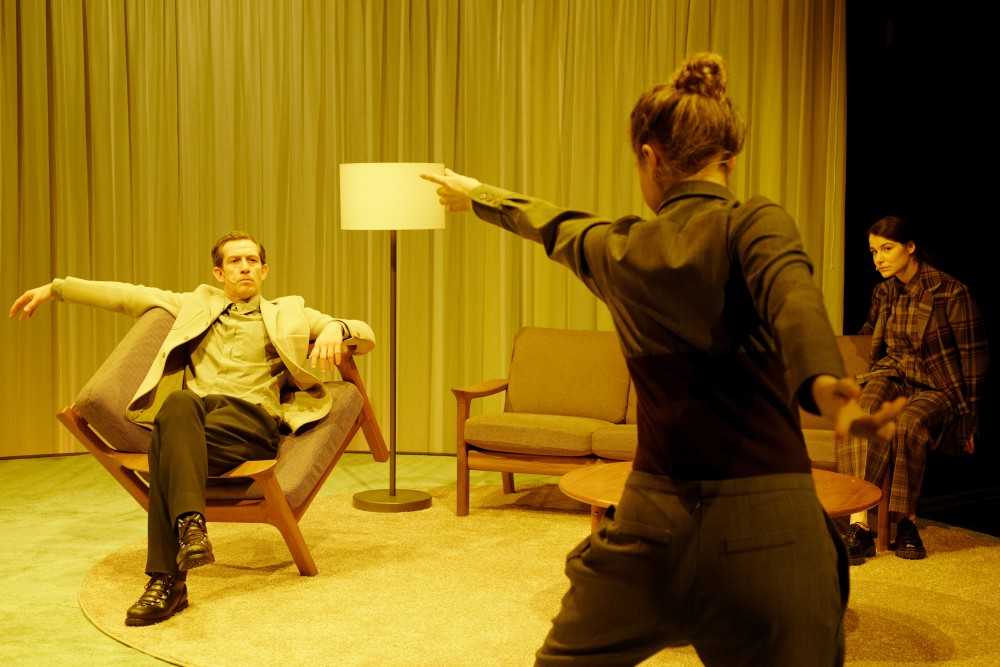 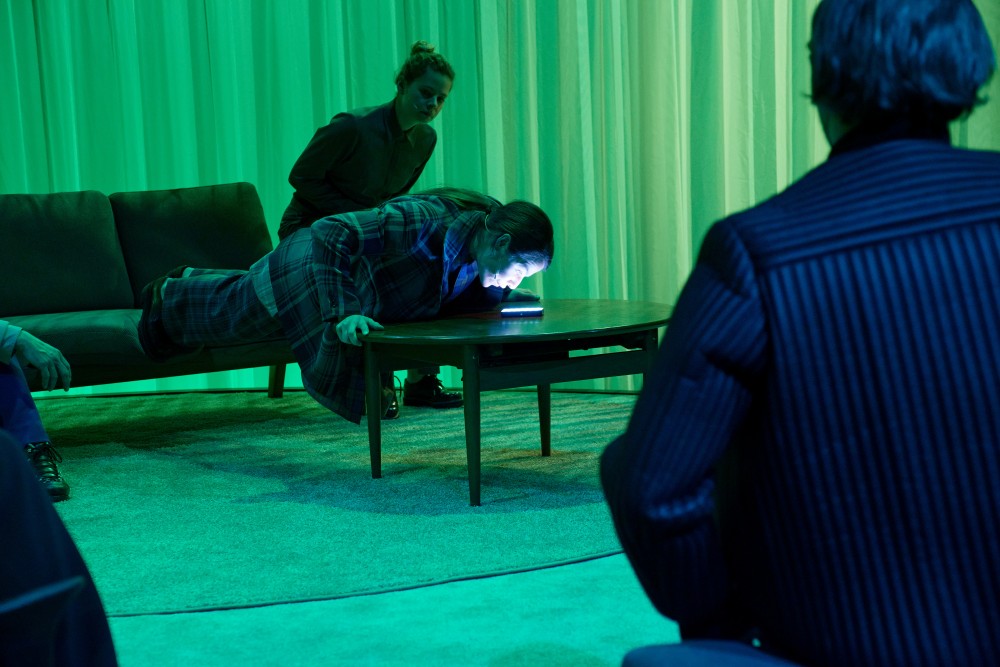 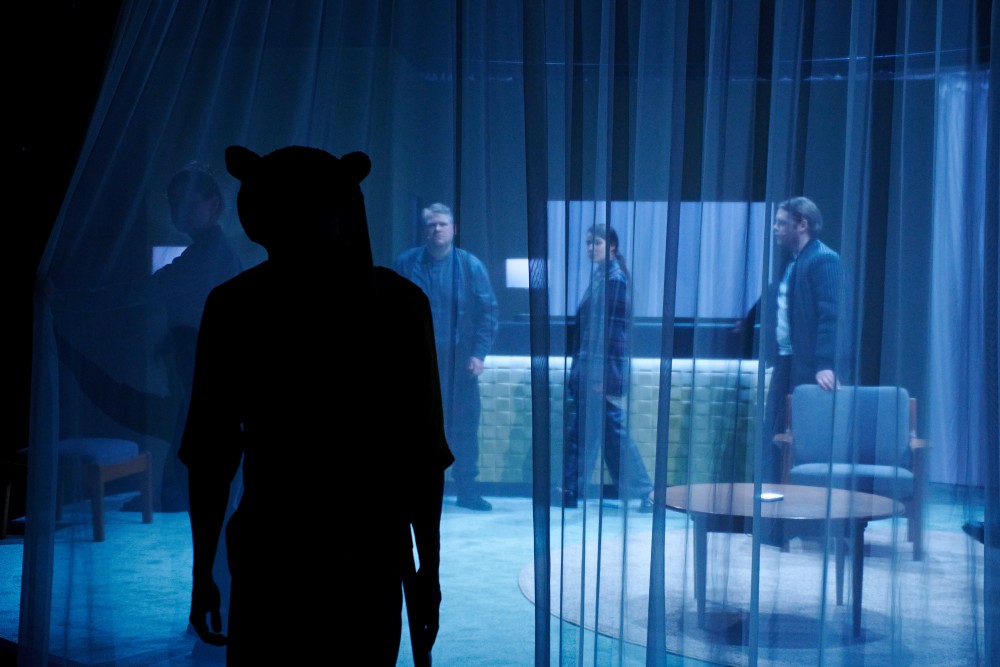