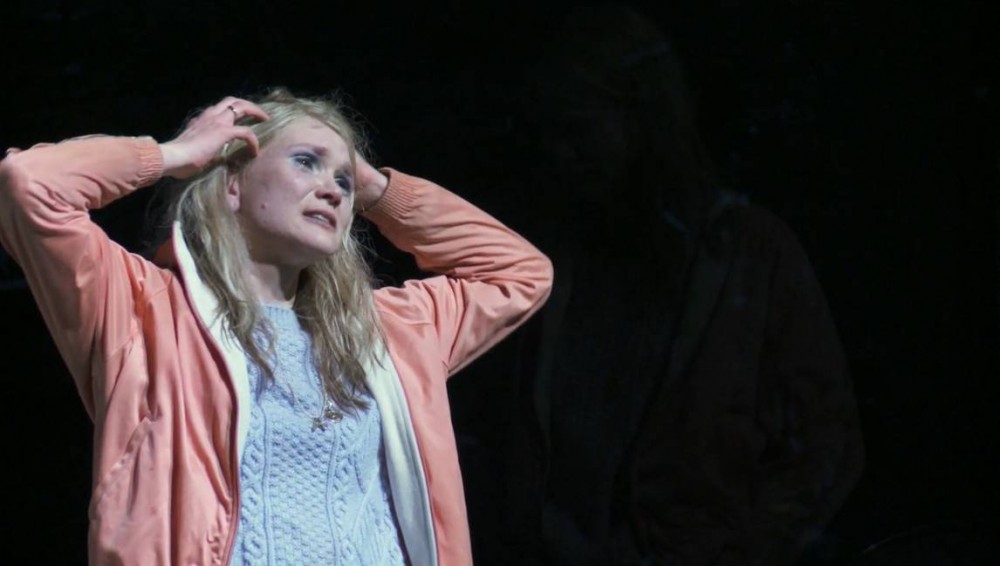 With these references to the architecture of the theatre, theatre artist Einar Schleef answers the question of what it means to him to be an actor. Considered this way, it’s no wonder that the primary subject matter of theatre is tragedy. Two generations before Schleef, Gerhard Hauptmann used similar symbolism in his tragicomedy ‘The Rats’.  The Berlin tenement building in which this play is based has three levels. The attic is has-been theatre director Hassenreuter’s realm. As a director with classical feelings and pragmatic thoughts he rules over his followers and his students from there. In the middle, the ‘bel etage’, live Mr and Mrs John, a picture-perfect, intact, happy family, but one that is crumbling at the roots and could implode at any time. And downstairs in the so-called ‘Basement of Bones’ gather those who have gone to ruin from the upper floors. They live here uninhibited because every day could be the last. They are free, at least free of responsibility and the pressure to perform, but without a future or perspective. In Hauptmann’s play, all three worlds exist under one roof. They are secluded from each other but also open, at least downstairs in the cellar – which for some of them appears to be not only a threat but also a desired destination.

Hauptmann only ever talks about this cellar on stage. But it is never shown. Almost 100 years after the premiere and after the 500 or so productions this classic has enjoyed, Jette Steckel’s version attempts to complete Hauptmann’s underlying plan, and also to bring the ‘cellar of human feelings’ to the stage. Einar Schleef has also provided material. His 1984 play ‘Die Schauspieler’ (‘The Actors’), based on original documents from the Moscow Künstlertheater, deals with actors from the world premiere of Gorki’s ‘Nachtasyl’, who go down into the cellar for rehearsal preparations. In asking actors to study ‘tramps’, Schleef brings this question to the stage at the same time: ‘Can you mistake an actor for a real vagrant?’ 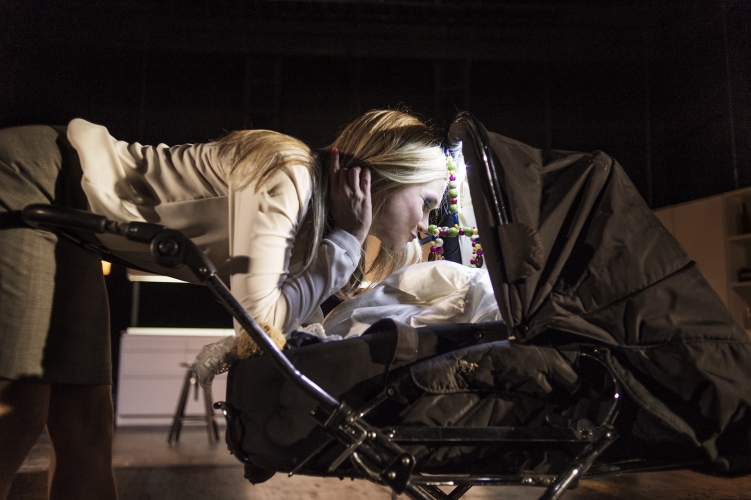 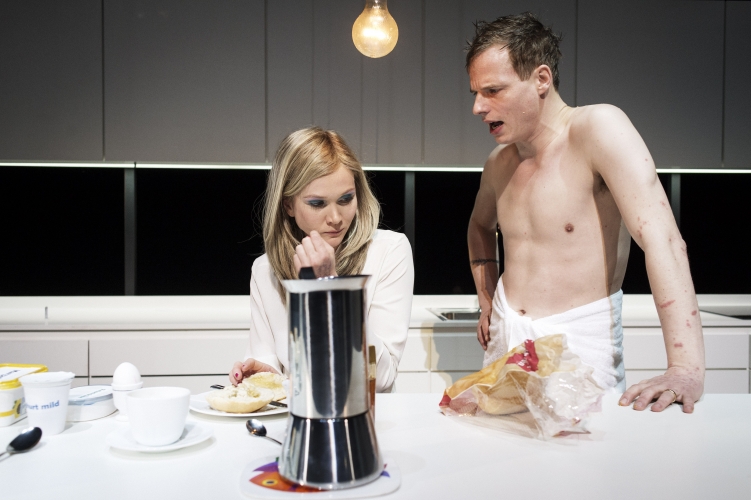 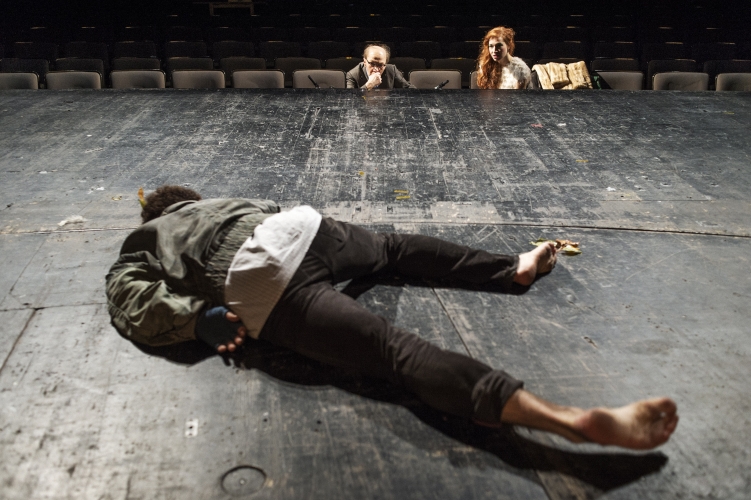 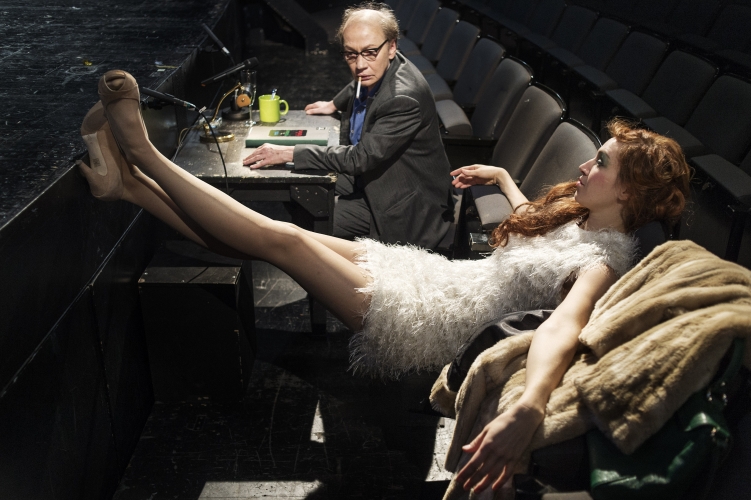 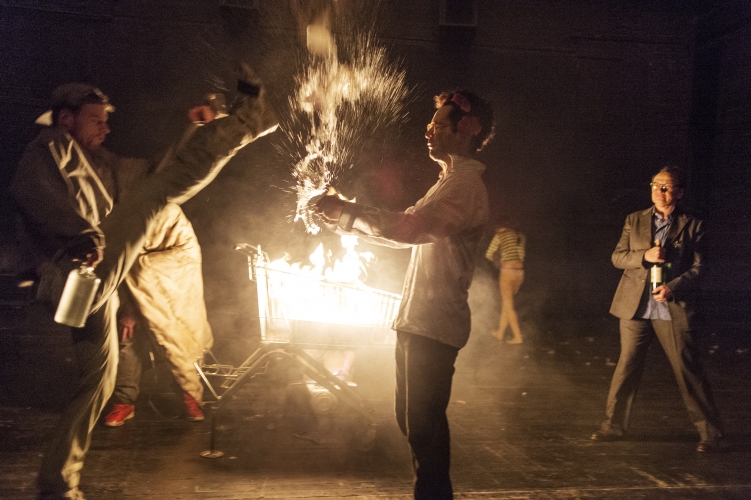 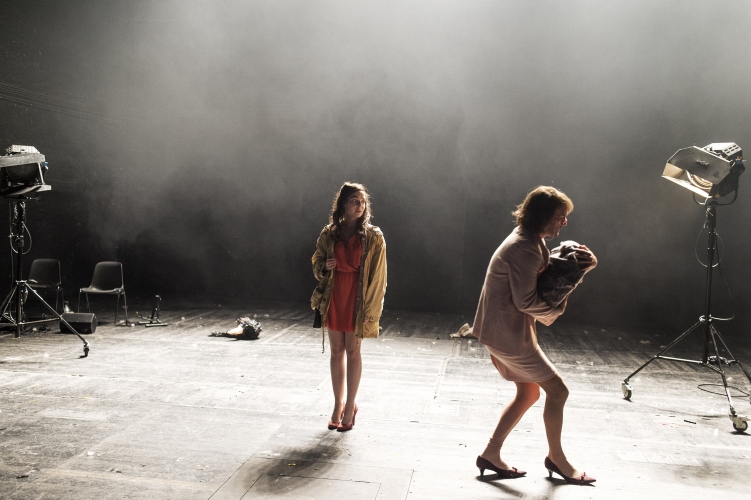 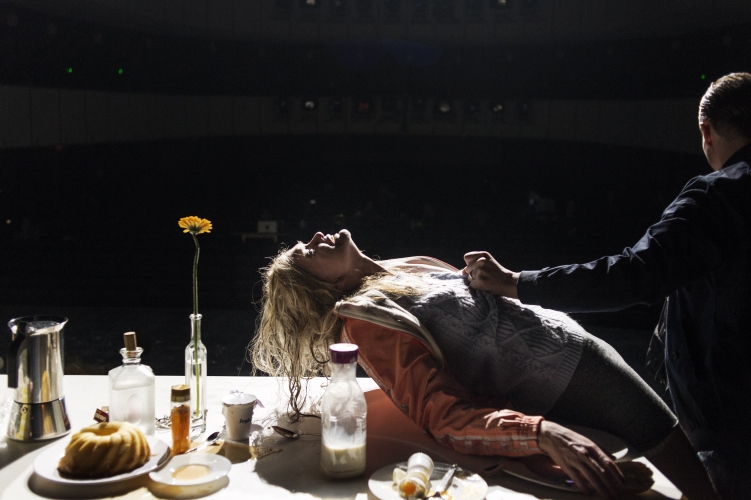