The Ride
r on the w
hite horse 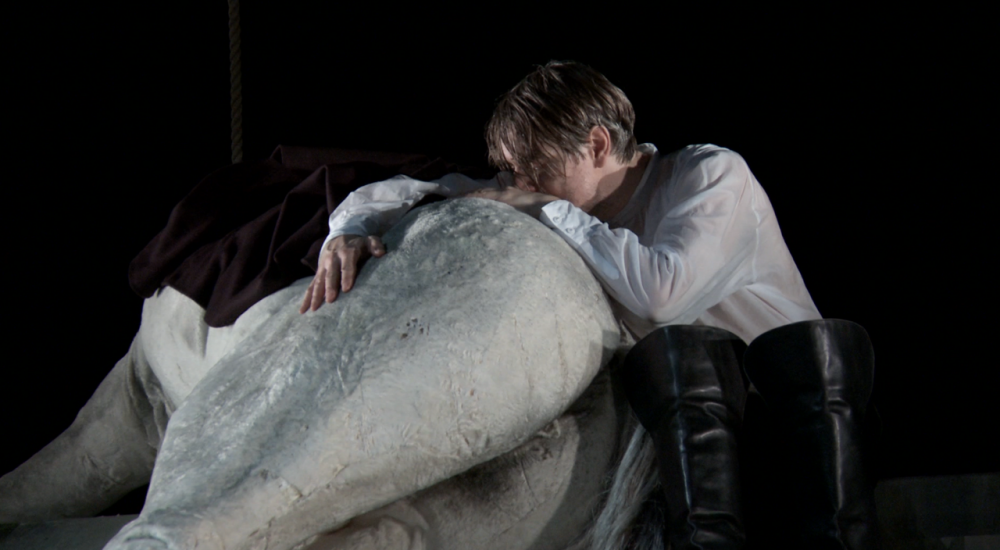 Hauke Haien, the son of a rural marshland farmer, has read Euclid and is fascinated by the clear-cut world of mathematics. He meets Elke – the dyke master’s daughter and a woman who shares his enthusiasm for calculations – and together they start working on the neglected dyke. When the old dyke master dies the two of them marry, and with Elke’s inheritance secured Hauke Haien is named the new dyke master.

But Ole Peters is among many people who envy his appointment, and Hauke must prove that he is worthy of the position of dyke master. He calculates a new dyke outline, diverts the tideway and wants to dam up safe land in ‘Hauke-Haien-Polder’. The village community is suspicious, putting up resistance and trying to preserve time-honoured traditions. Hauke is a lone wolf, seen to be challenging the omnipotence of God with his knowledge, and everyone regards him as rather sinister. When the skeleton of Jevers Hallig’s old horse appears to be alive in Hauke Haien’s
stable, it’s the last straw. Representing the community, Ole Peters fights against the innovations and the arrogance of the strange rider on the white horse. Only Elke stays unerringly loyal to her husband and their shared vision for a new dyke.

Seven times we find ourselves in the year 1756, just before the devastating storm tide. The sea keeps rolling in, threatening to destroy everything. Seven times the bell tolls, calling on the past, on funerals, on weddings, on contemplation and on death. How much blame must Hauke Haien bear on Judgement Day? Is Ole Peters right to avert disaster at the last minute, wanting to sacrifice the Hauke Haien Polder?

Theodor Storm’s novella, published just before his death in 1888, presents a selfcontained world, anchored in beliefs and superstitions, facing not only the natural power of the sea but also the threat of a new way of thinking.

“Jens Harzer captures the character of a broken man with captivating virtuosity.” - Till Briegleb, Süddeutsche Zeitung, 29.11.16

“Simons’ team creates a powerful triangle of belief, depression and desire for a new start. It generates a heavy atmosphere and sociological avenues of thought, poetically condensing each phase of economic history moving towards progress.” - Till Briegleb, Süddeutsche Zeitung, 29.11.16

“…a timeless parable on the futility of human endeavour in the face of God – strict in form, appealing in aesthetic and virtuoso in performance.” - Jenny Hoch, Die Zeit, 1.12.16 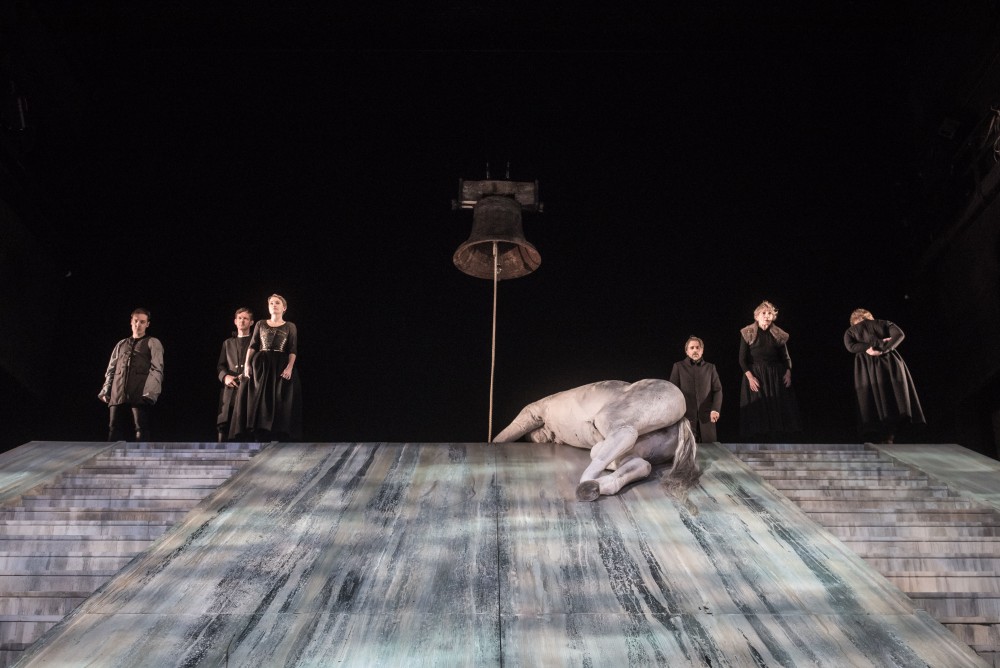 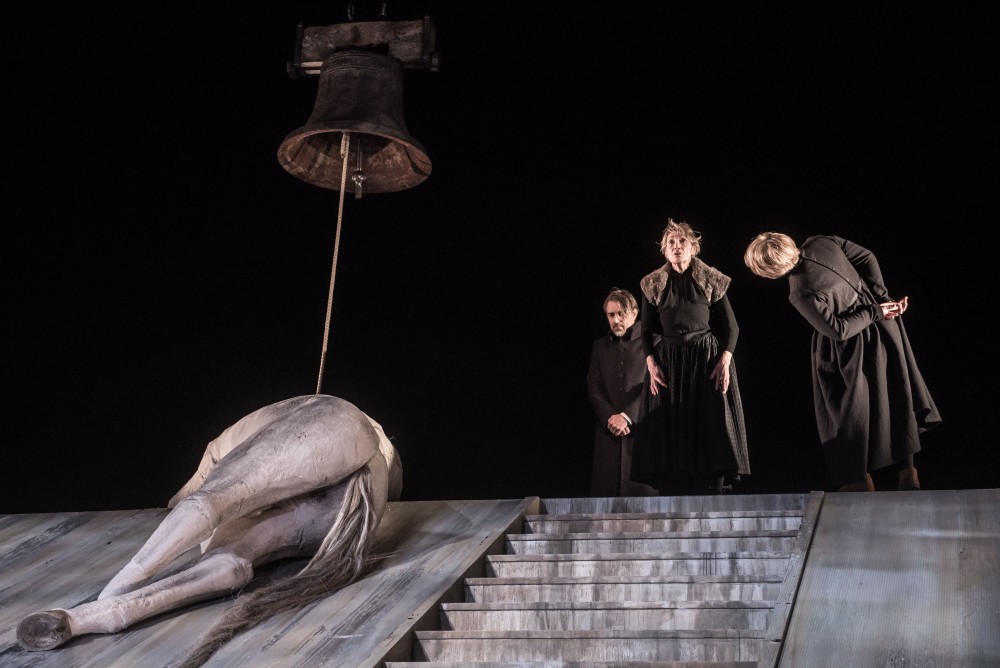 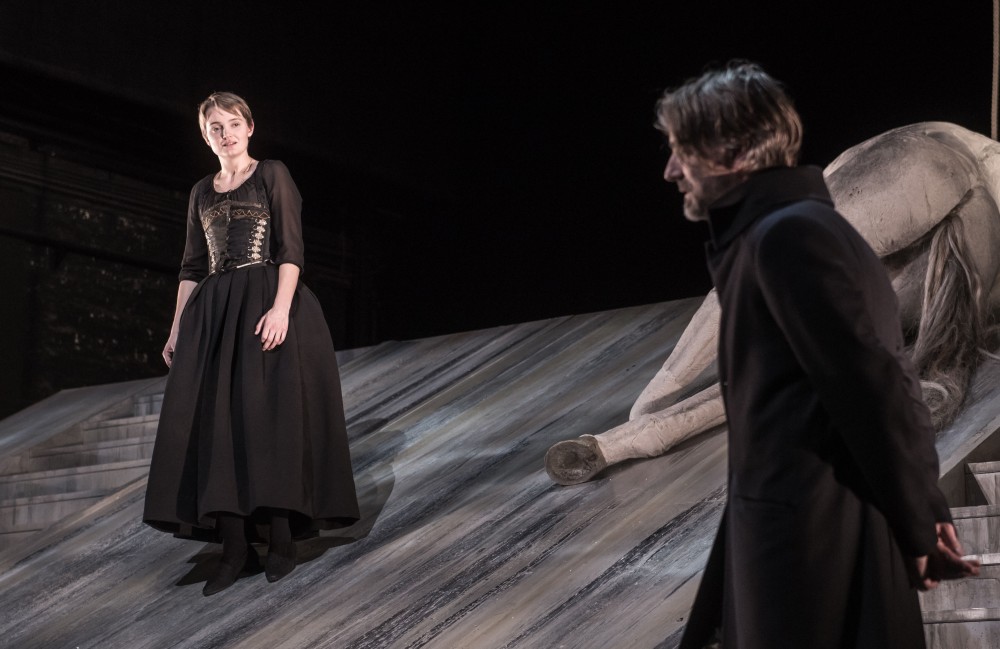 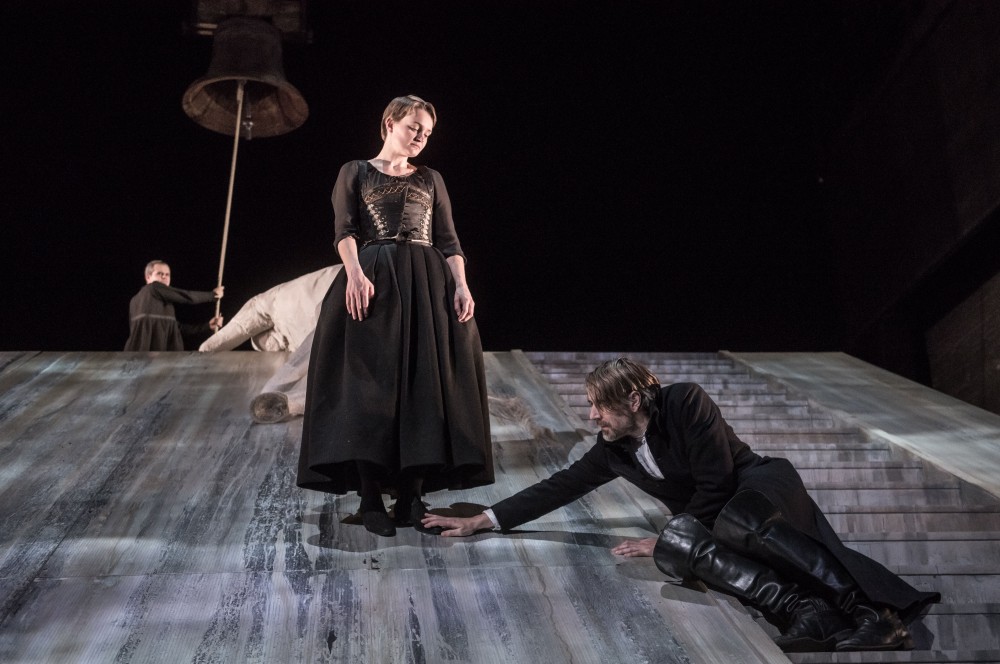 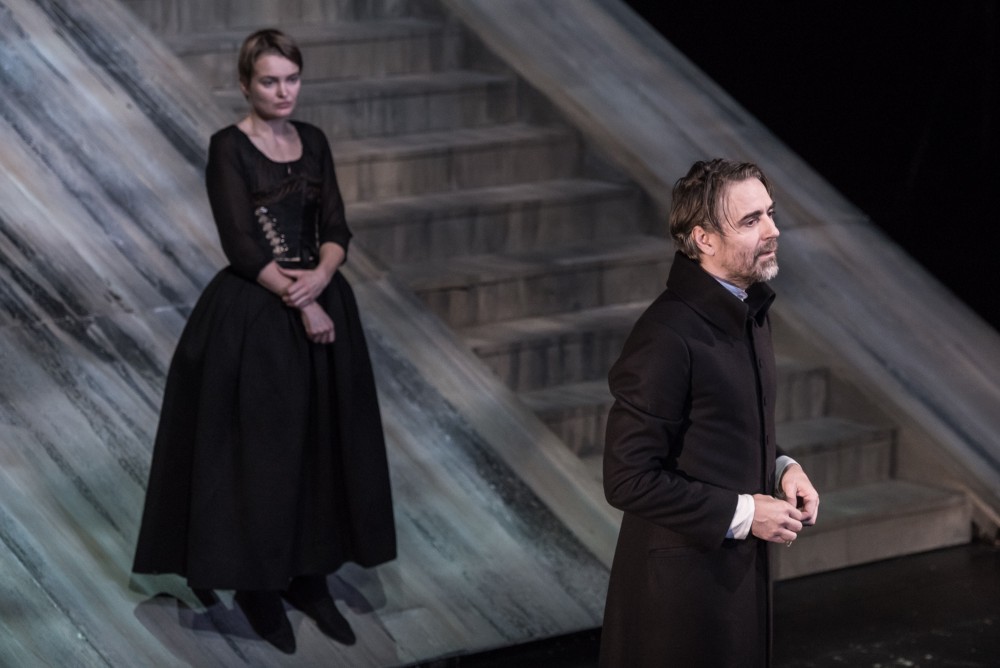 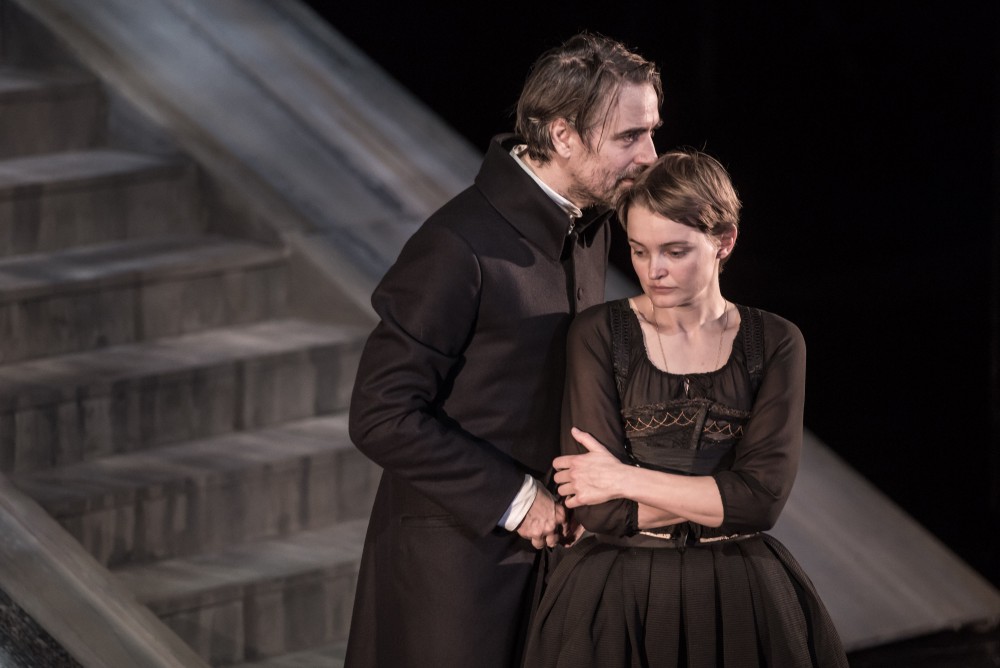 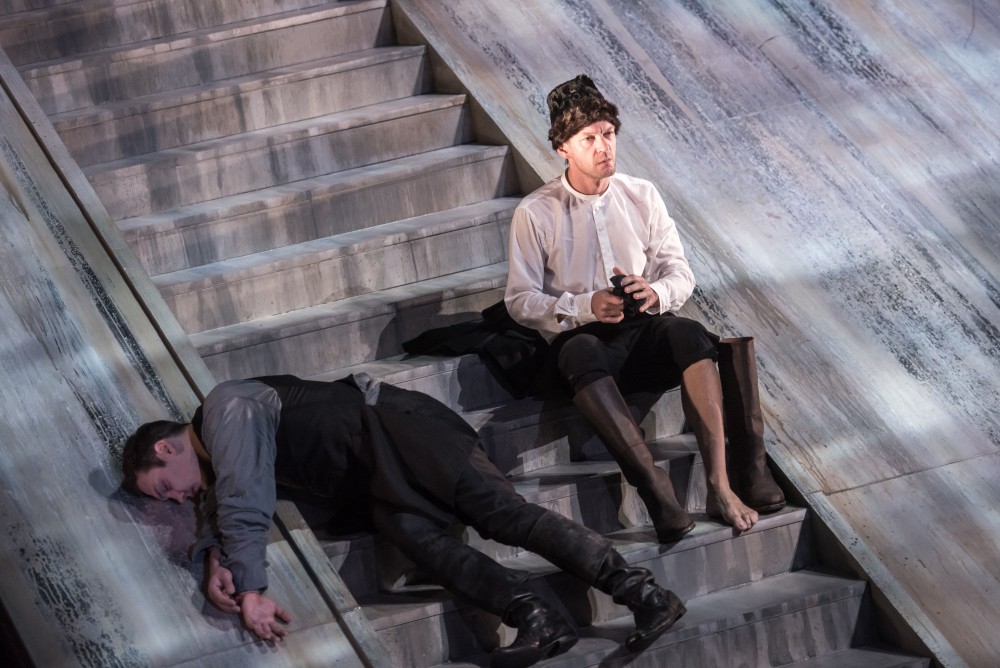 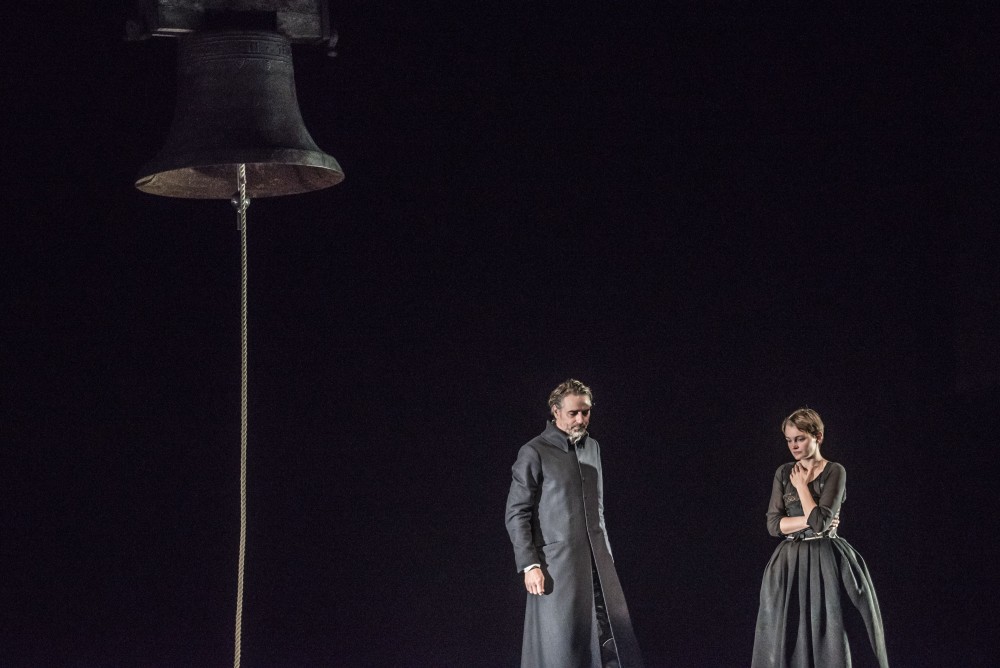 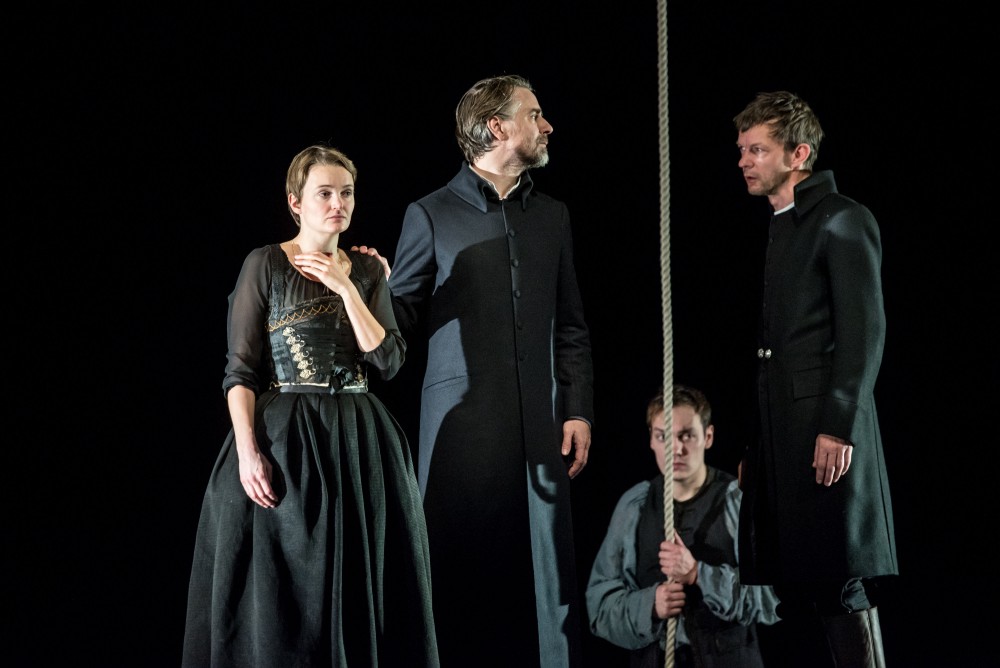 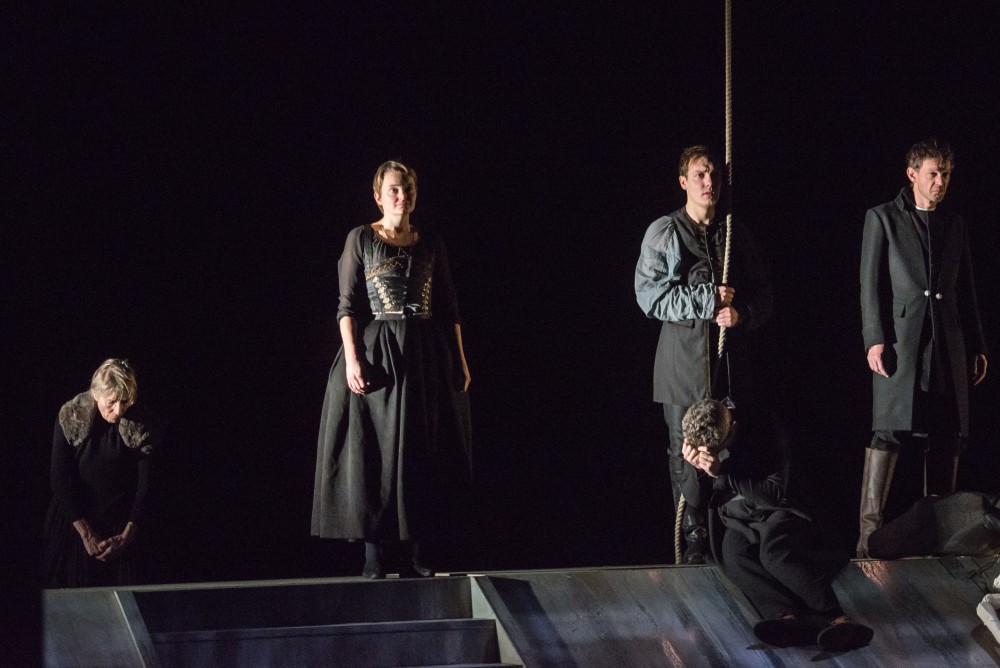 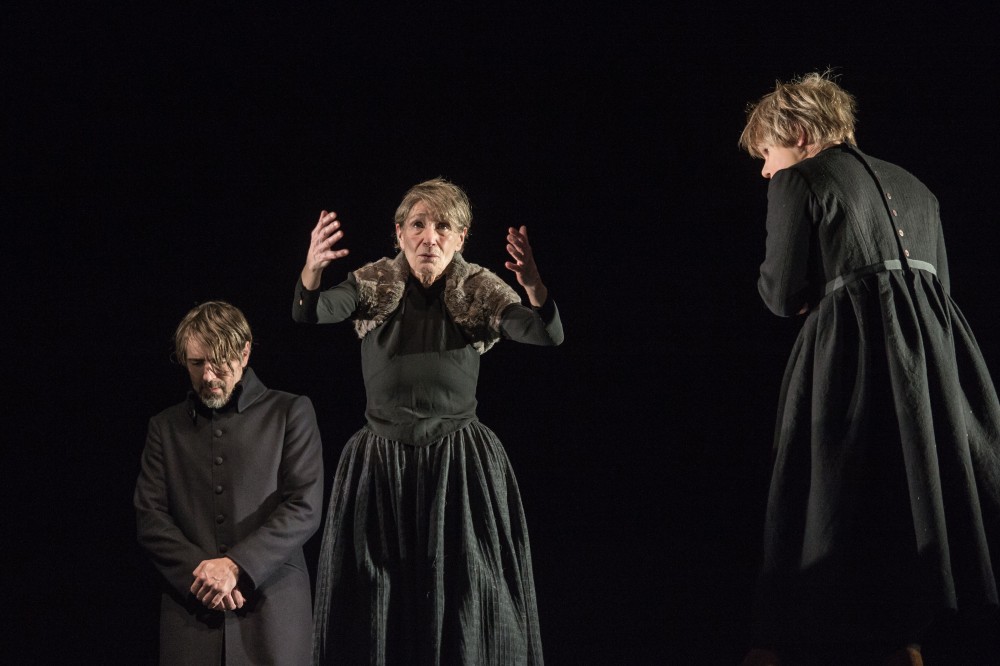