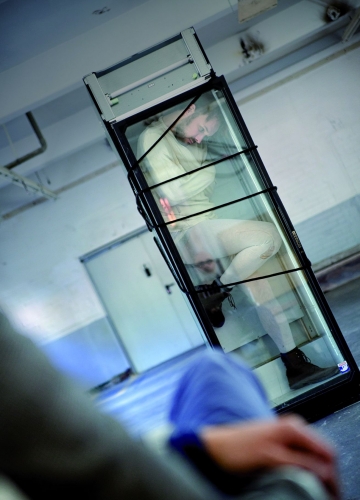 One performer, two characters, a double monologue. Meyer&Kowski ask actor Felix Knopp to reconstruct two experiences on stage, which he has already had himself as a spectator – Felix Knopp presents us with two almost tragic entertainers, whose fundamentally different performances no longer release them. The first covers a few months, the second more than ten years. The protagonists, who at that time make such a strong impression on him – an illusionist, who performs magic on the spectator, and an escapologist who frees his audience from the fear of being afraid – pose one simple question: Can we escape ourselves?  Hamburg company Meyer&Kowski formed in 2008 and stage productions of unique stories about unusual people.