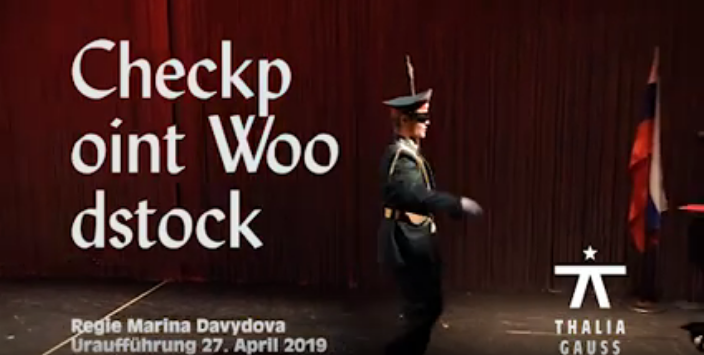 Thanks to Gogol Center Moskau And

“Russia loves celebrating anniversaries and birthdays. To mark the upcoming 50th anniversary of Woodstock, we are opening the Checkpoint Woodstock Museum here in Moscow, on the personal order of Vladimir Putin and dedicated to US President Donald Trump’s visit. We also extend a warm welcome to all foreign guests at this, the most important cultural event in our capital city.” This is the greeting to visitors at the ceremonial opening of the Woodstock ¬Museum in Moscow.
The ceremony is stylistically reminiscent of the TV series ‘Santa Barbara’, the Oscars ceremony and the concert gala that takes place in the Kremlin every year on the ‘Day of the Police’. American farmers are being greeted, waving little Russian flags and singing ‘Imagine’, there are women’s choirs from small Russian towns, who have rehearsed songs by Janis Joplin and Jimi Hendrix, Moscow students reciting biographies of famous Beatniks off by heart, writing the formula for LSD on the board and talk of psychedelic effects.
At a time when more and more right-wing movements are forming in both the East and West, ‘Checkpoint Woodstock’ is a requiem to the ‘68 era. The performance installation tells the story of social utopias and lost illusions, and is also an invitation to change your perspective: working with an international ensemble, Russian theatre practitioner, author and NET Festival Director Marina Davydova, set designer Zinovy Margolin and composer Vladimir Rannev look westwards from Moscow and take a fresh look back and also ahead, into all of our futures.

Co-production with the Lithuanian National Drama Theatre in Vilnius, in collaboration with the HAU Hebbel, Ufer Berlin and the Gogol Centre in Moscow. 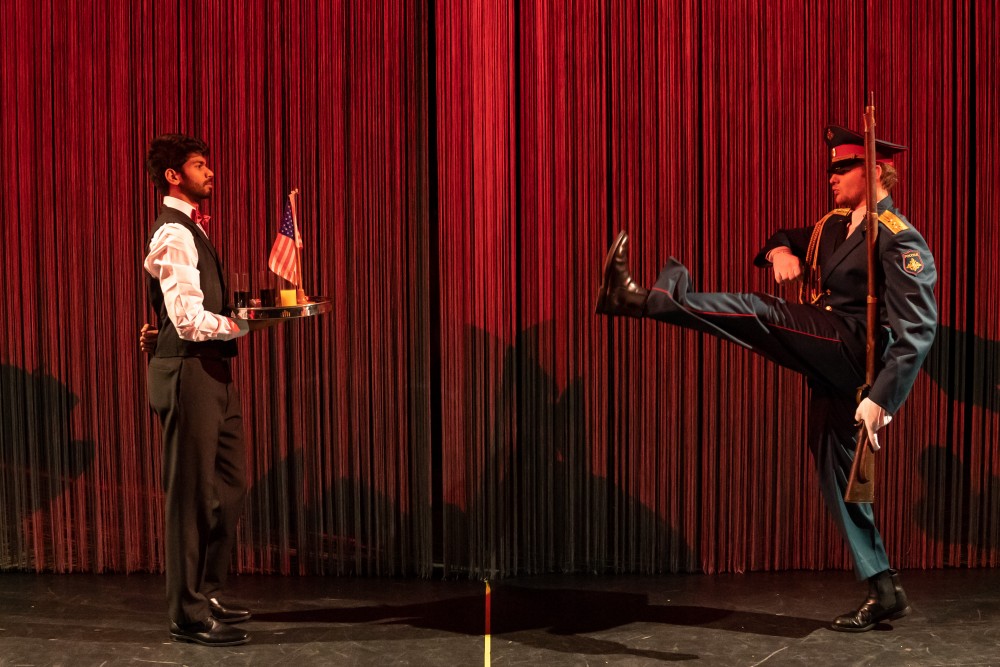 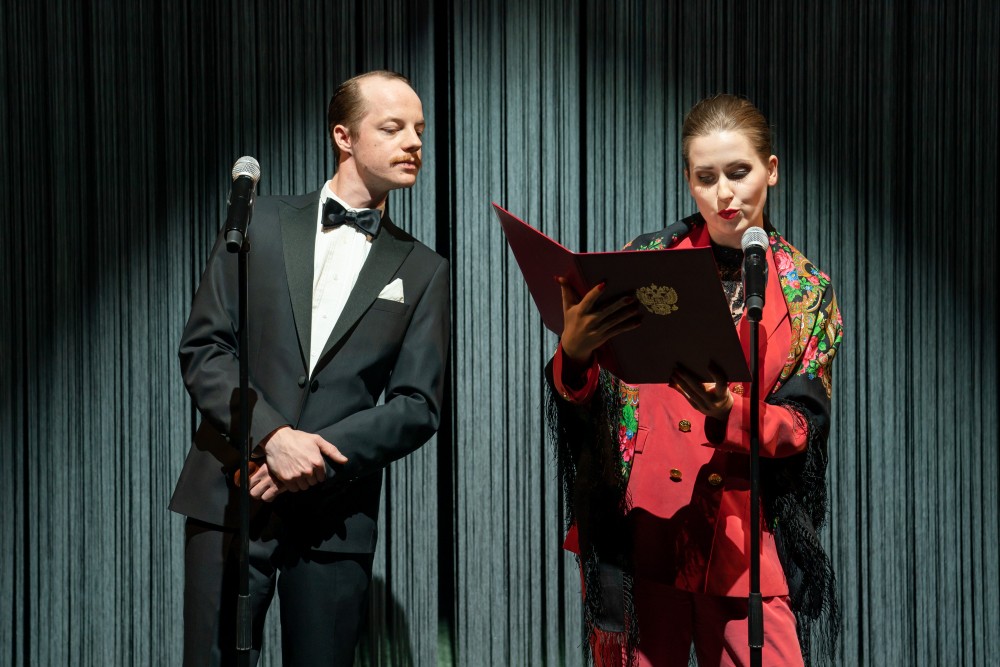 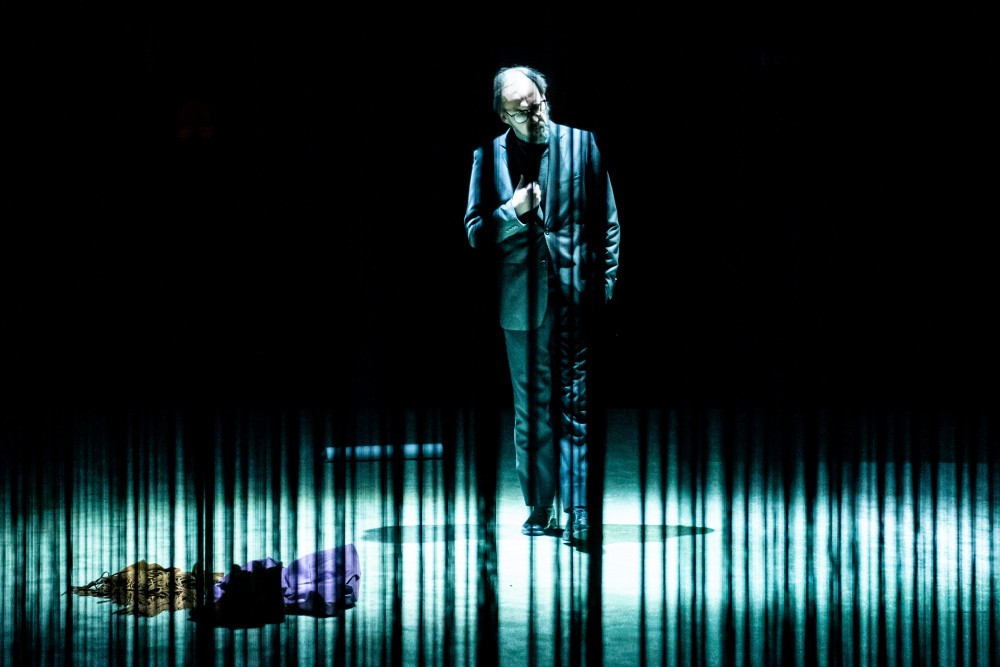 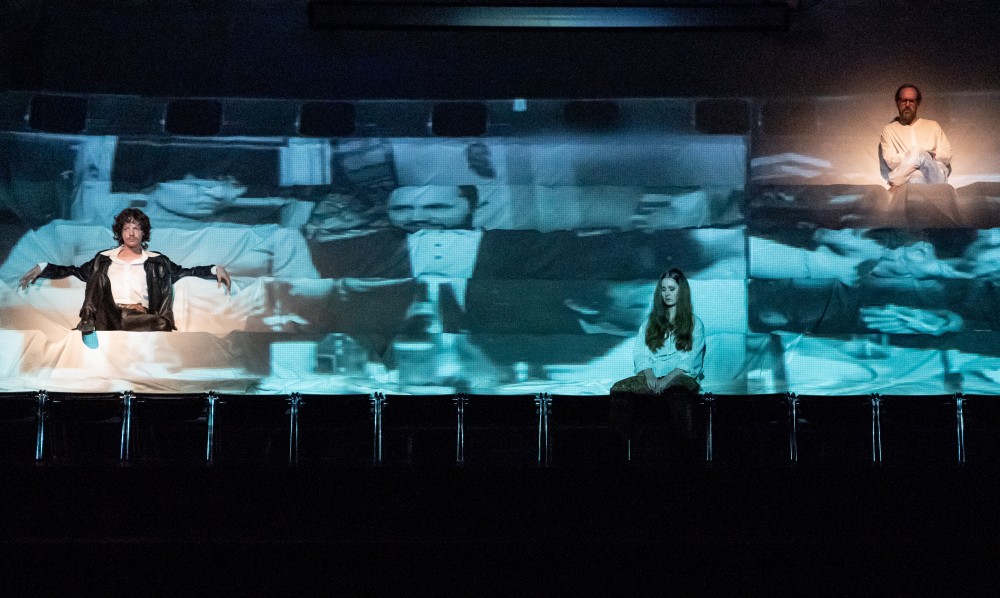 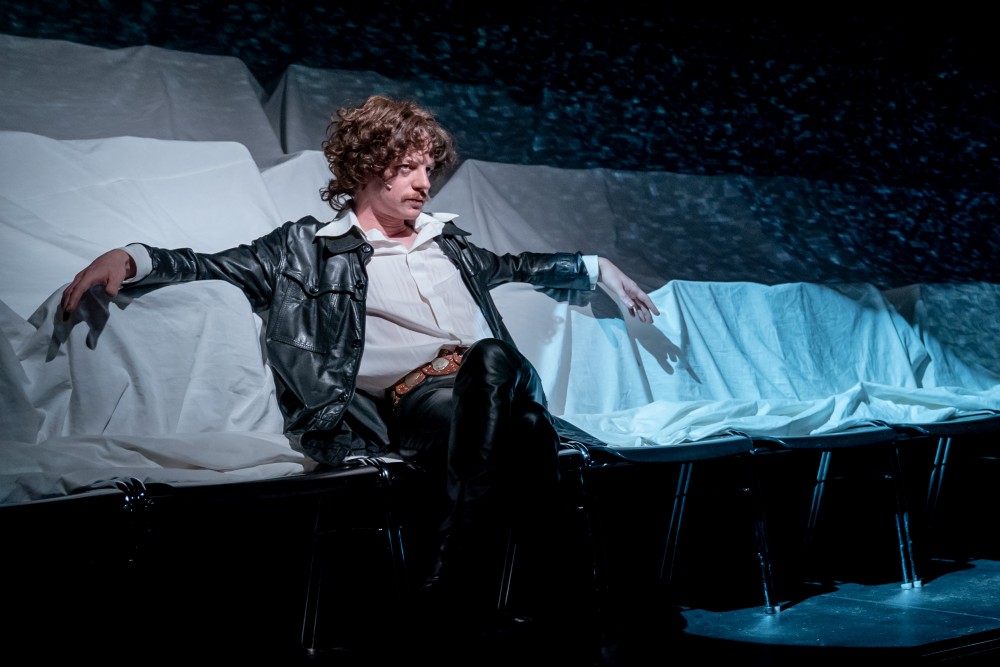 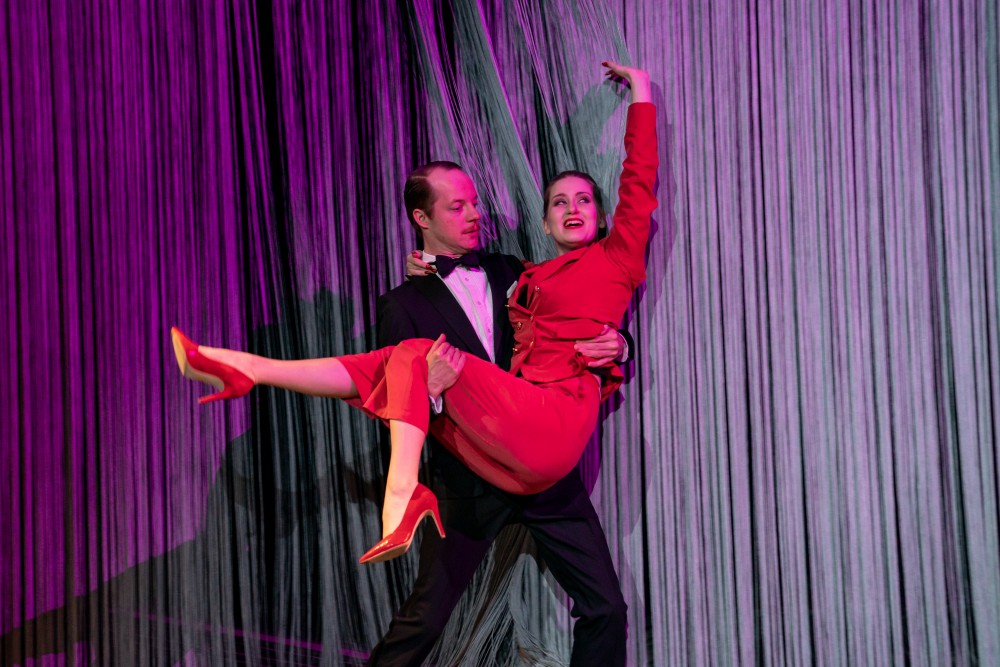 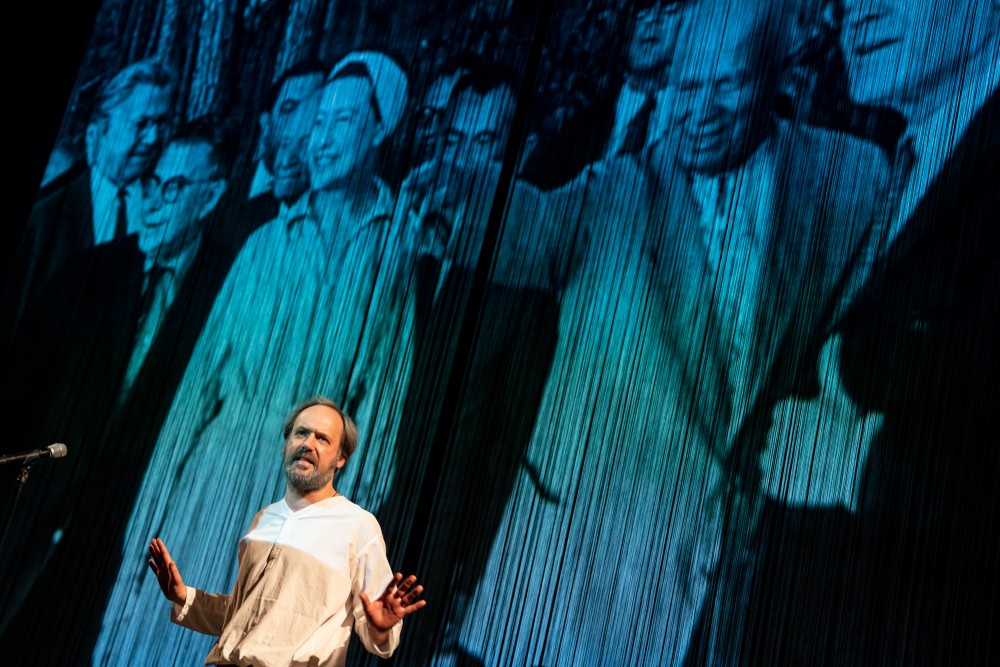 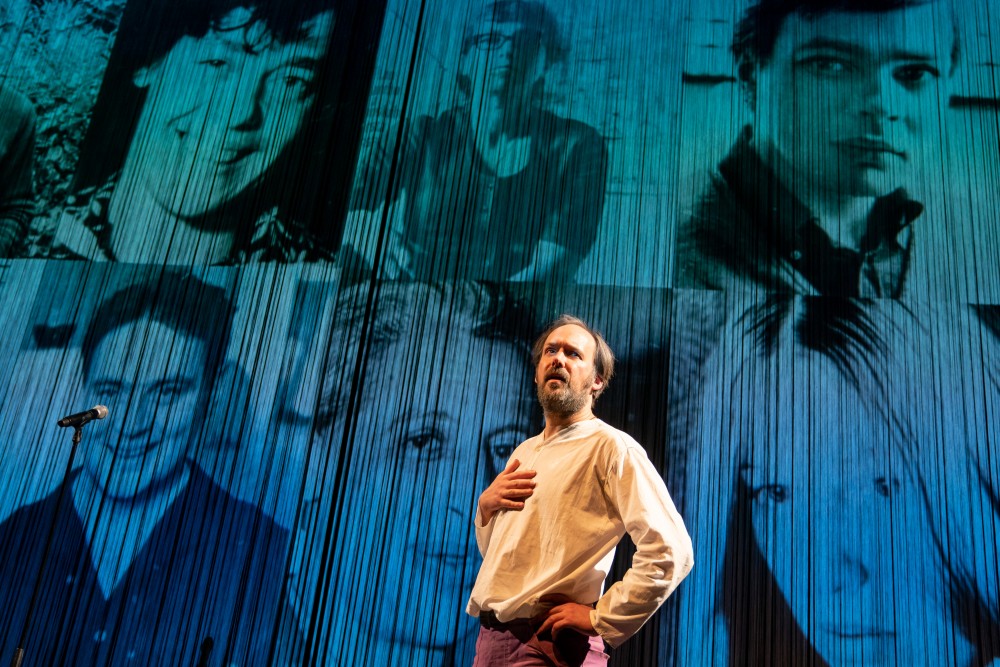 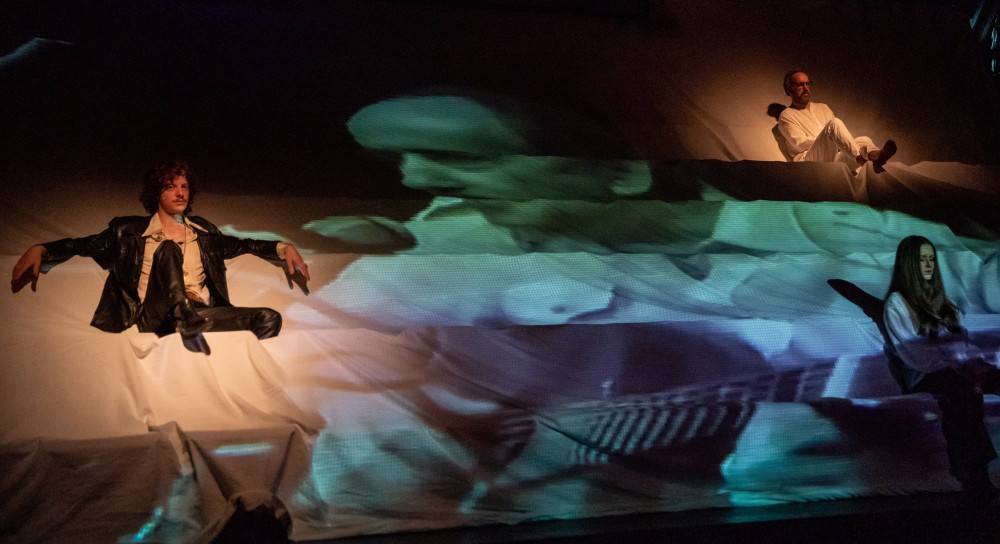 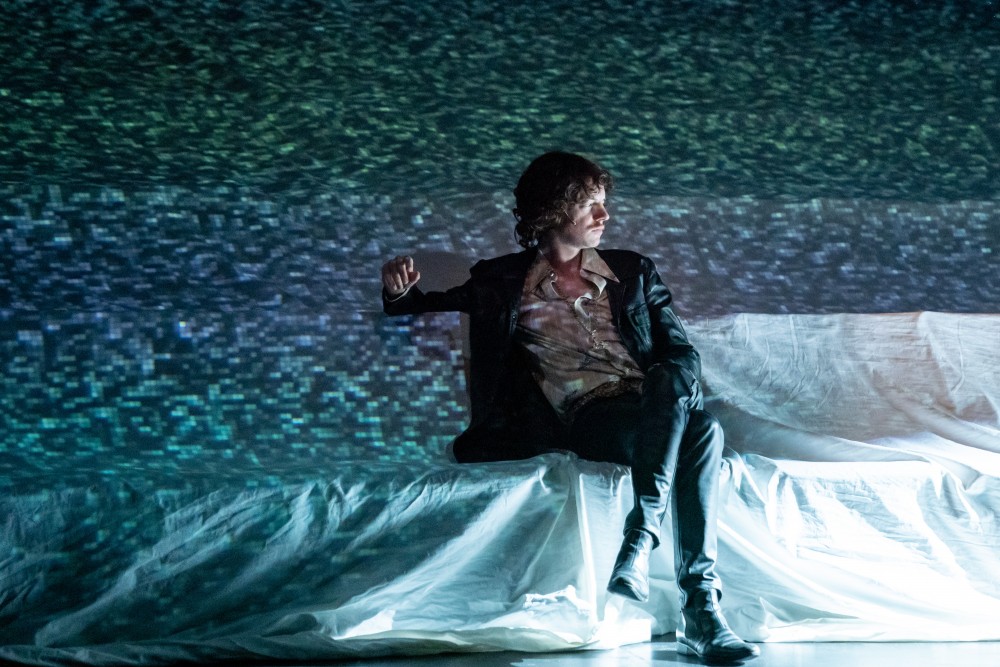 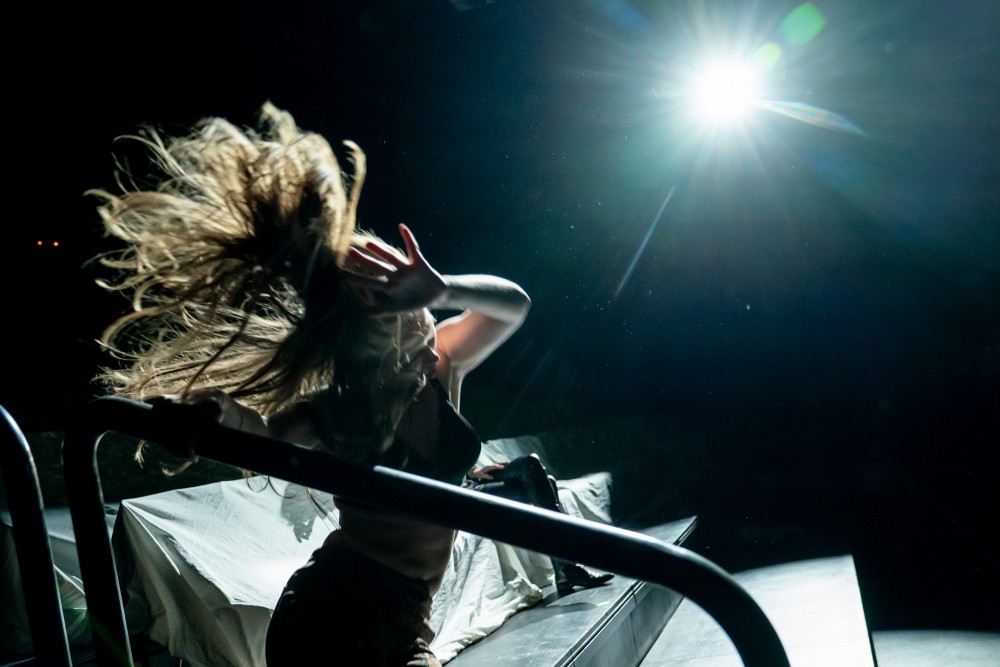 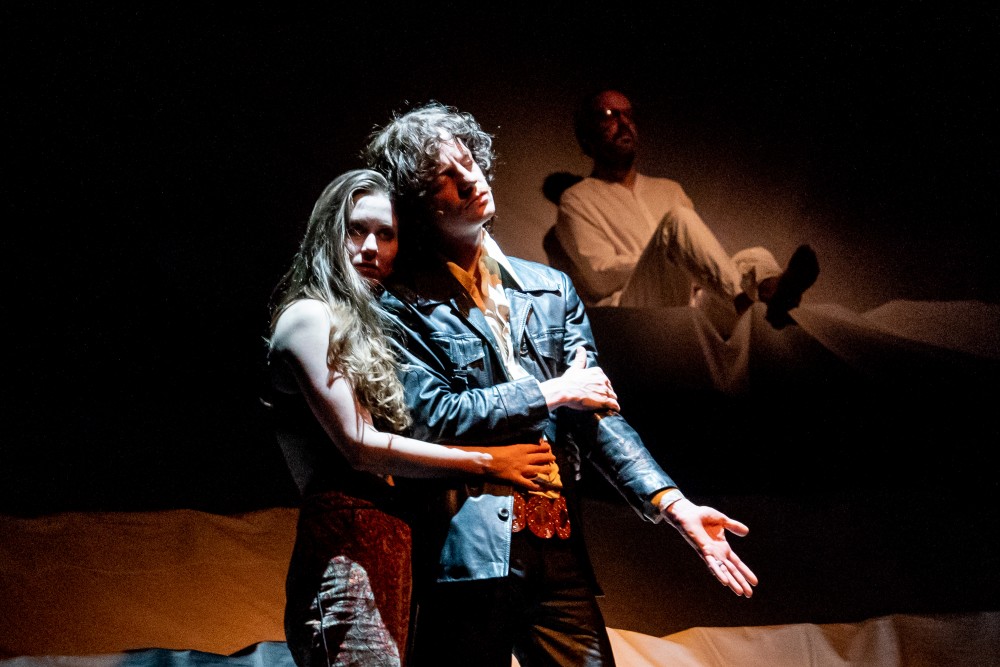