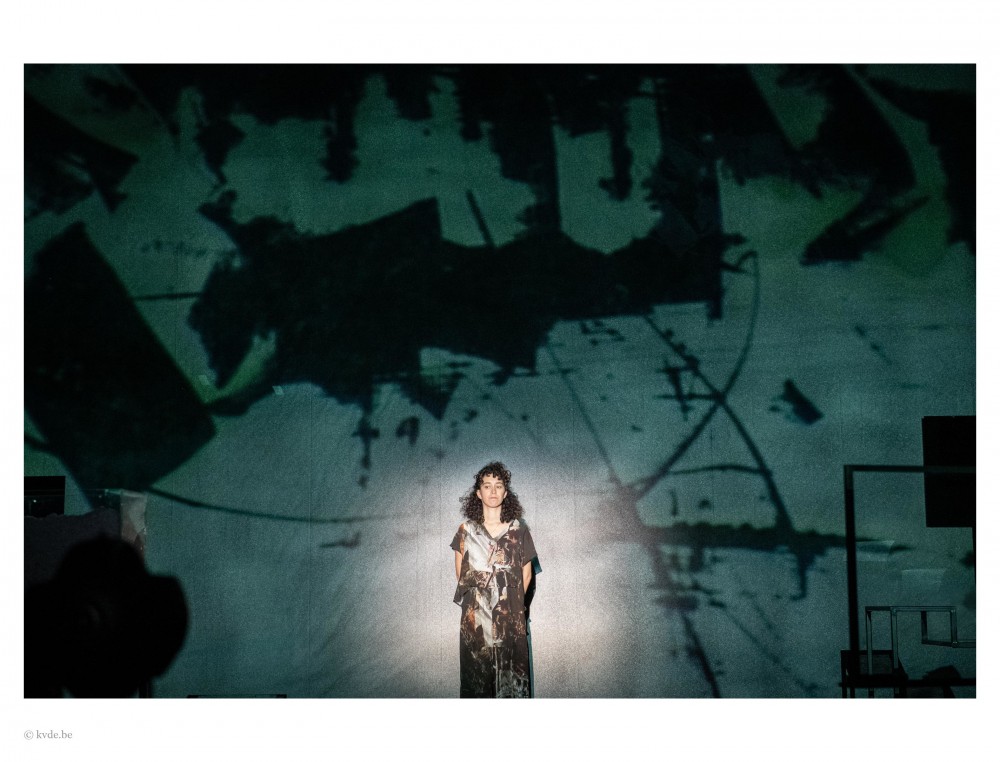 Guy Cassiers, director and artistic director of Toneelhuis, is known for a distinctive, extremely visual theatrical idiom. Together with his actors, he creates a sensory universe, combining his great passion for literature and music with his fascination for the possibilities of visual technology. In this double-bill, Stefan Hertmans and Kate Tempest rewrote classic myths in a contemporary language and placed them in an urban context.

Stefan Hertmans and Kate Tempest rewrote these classic myths in a contemporary idiom and placed them in an urban context. Director Guy Cassiers tells the stories in a double bill of monologues.
From their isolated positions, Antigone and Tiresias each expose the suppressed sexual, social and political prejudices in society. Besides the visual technology, music also plays an important role. The two narratives enter into a dialogue with String Quartet No. 15 by the Russian composer Dmitri Sjostakovitsj.

Antigone in Molenbeek
Stefan Hertmans places Antigone in the midst of contemporary multicultural society. Here, Antigone’s name is Nouria and she is a law student. One of her brothers had turned radical, gone to the Middle East, fought for ISIS and now has died in a terrorist attack. Nouria is determined to bury the remains of her brother. When authorities refuse to release his body, everything goes wrong.

Tiresias
In Tempest’s spoken poem, Tiresias is a fifteen-year-old boy who transforms into a woman and ultimately turns into a prophet that no one listens to. A role that is cut out for actress Katelijne Damen, with whom Guy Cassiers previously made the production Orlando, after Virginia Woolf. Like Tiresias, Orlando told the story of a transformation from man to woman and pointedly asked all sorts of questions about identity.

in Dutch with English subtitles

duration of Antigone in Molenbeek 1:00h 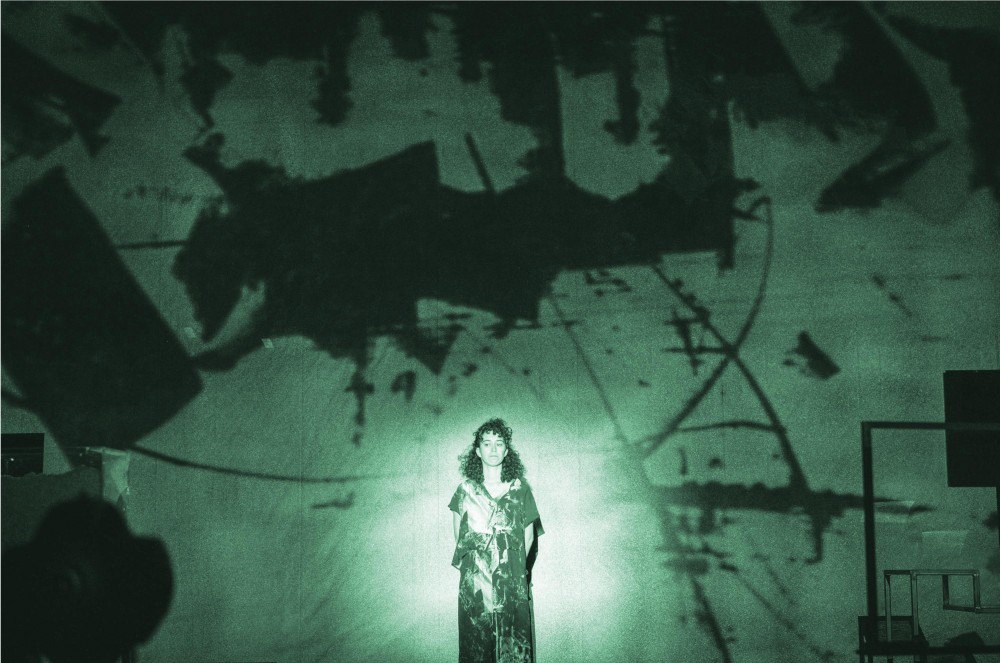 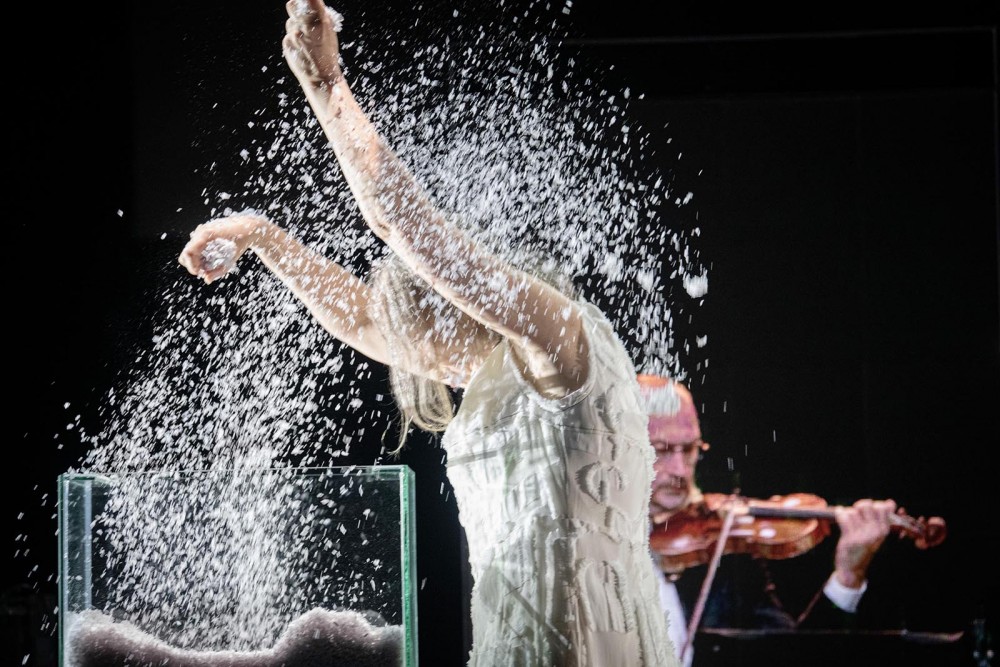 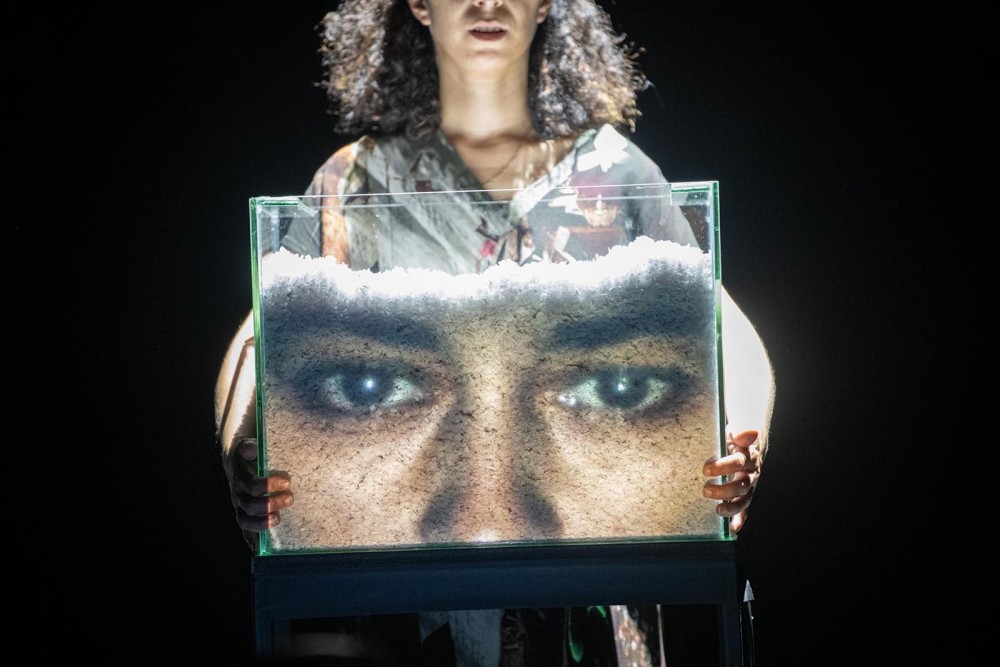 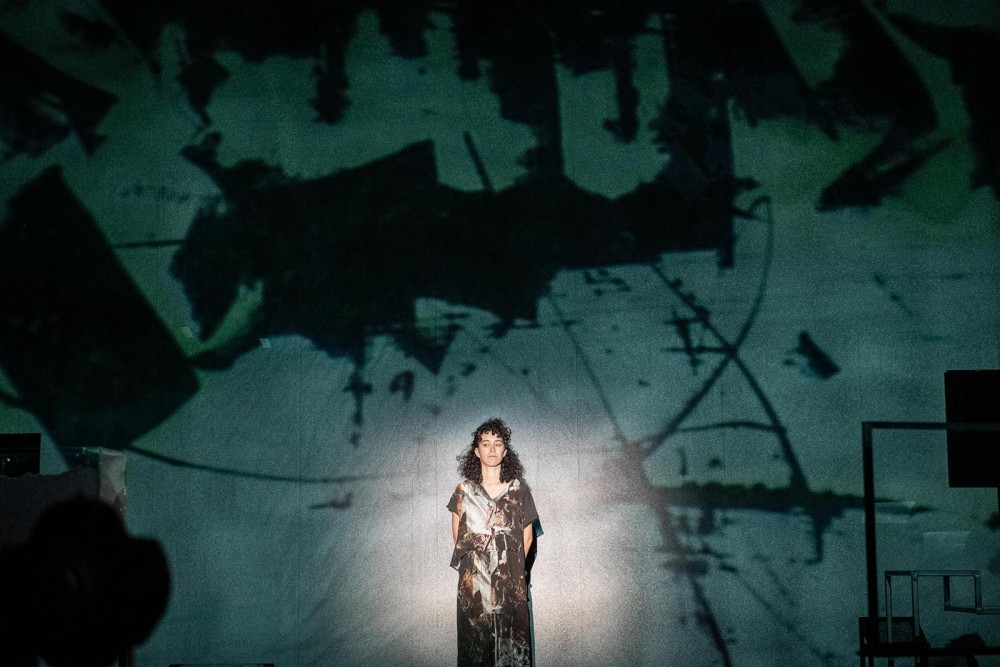 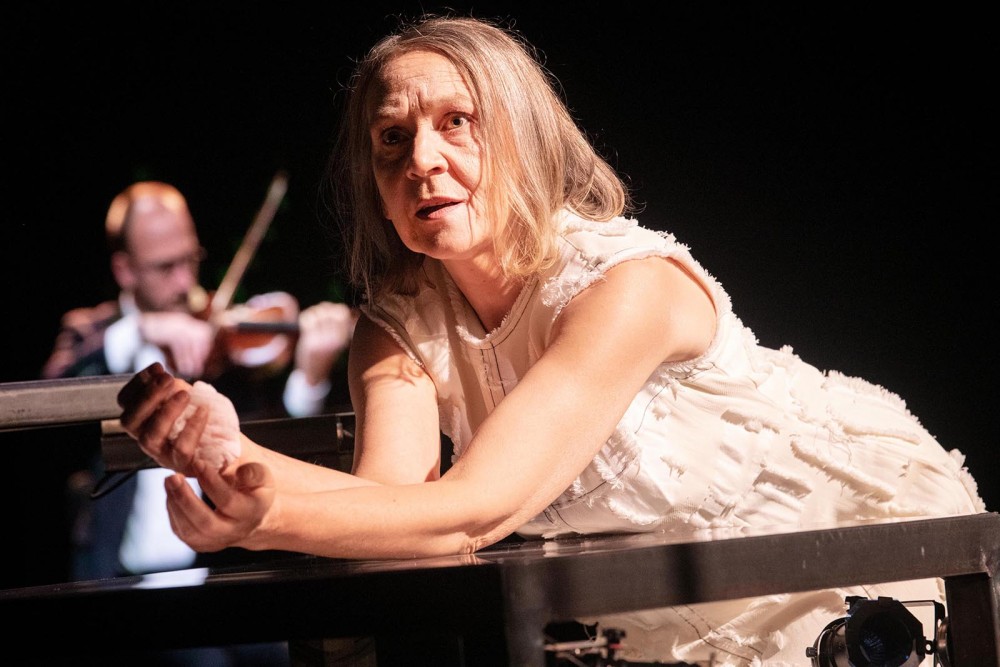 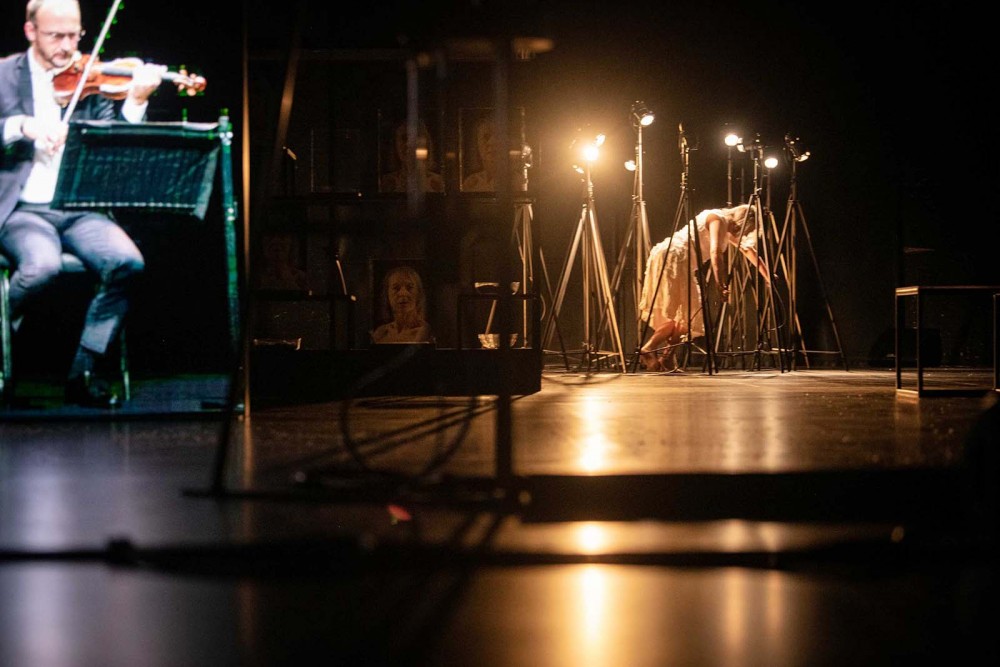 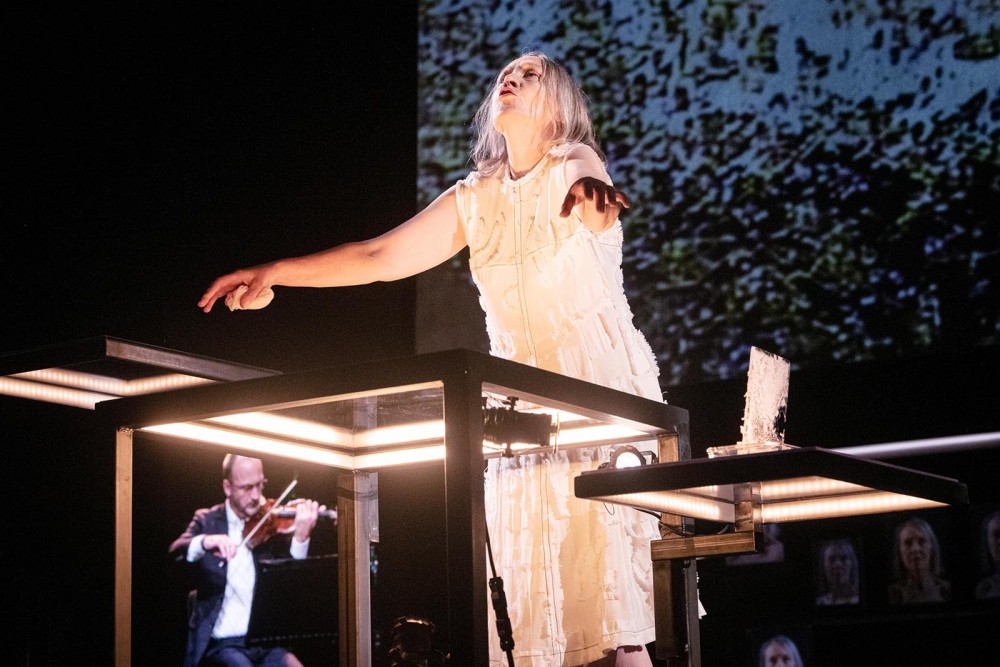