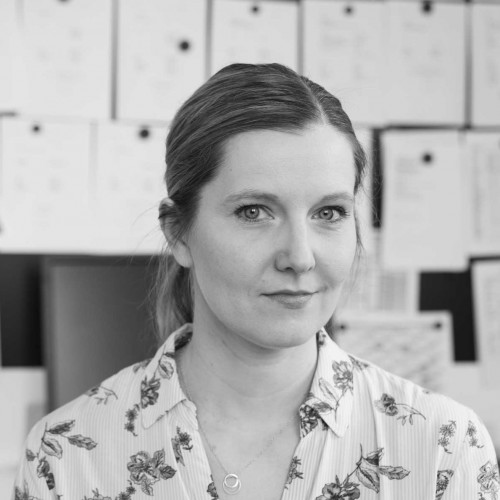 Nora Hertlein was born in Austria in 1982 and earned degrees in Theatre, Film & Media Studies and Romance Studies from the University of Vienna and the University of Bologna. After years as an assistant director (most notably at the Burgtheater Vienna), she expanded her scope to encompass international festival production. She worked as a production manager and tour director for the Nature Theater of Oklahoma company (New York), Vegard Vinge and Ida Müller (Oslo/Berlin), the Salzburg Festival, and Romeo Castellucci at the Schaubühne Berlin. In 2015-2018 she lived in the US where she got her MA in Social and Cultural Analysis as a Fulbright Scholar at New York University. During that time, she consulted for Thalia Theater’s 2017 Theater der Welt festival and Berliner Festspiele as a curatorial scout and production broker. She became the curator for international programs at the Thalia Theater in 2018.