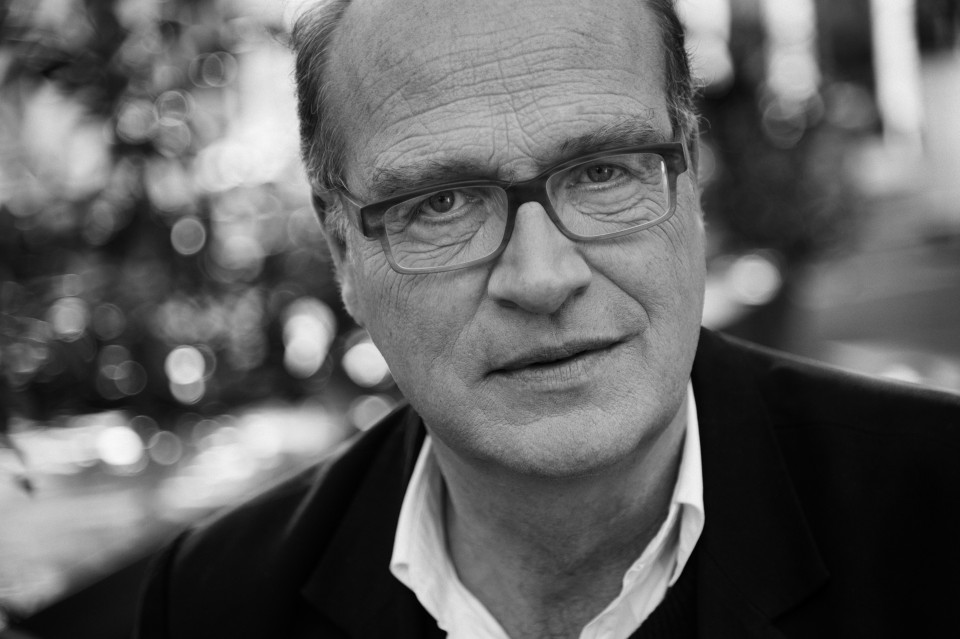 Born in Münster in 1957, Joachim Lux studied German and History from 1976 to 1982 in Münster and Tübingen, where he also directed theatre and music festivals. He then went on to work as a Dramaturg, Head Dramaturg and director at the Cologne Schauspiel, Düsseldorf Schauspielhaus and the Bremen Theatre. He also worked as a dramaturg for the Salzburg Festival.

From 1999 to 2009 he spent ten years assisting with the artistic direction at the Vienna Burgtheater, initially as a Dramaturg and then as a Head Dramaturg from 2006.

During this time, he worked with some of the most important directors on the contemporary theatre scene. He was particularly keen to support the work of contemporary authors like Elfriede Jelinek, Gert Jonke, Tankred Dorst, Händl Klaus and Vladimir Sorokin.

In 2009 Joachim Lux became Artistic Director of the Thalia theatre in Hamburg, the successor to Jürgen Flimm and Ulrich Khuon. Under his direction, Thalia has become a successful classic ensemble and repertory theatre, which is more connected to the city and its people.

From 2009 to 2018 the lead director was Belgian director Luk Perceval, but Thalia has also staged work from directors including Jan Bosse, Dimiter Gotscheff, Leander Haußmann, Kornél Mundruczó Sebastian Nübling, Yael Ronen, Johan Simons and Nicolas Stemann. During the 2021/22 season we welcomed dissident Russian theatre, film and opera director Kirill Serebrennikov, who became an ‘artist in residence’ at Thalia. During his tenure, Lux has also prioritised collaboration with many extraordinary young directors, and Jette Steckel and Antú Romero Nunes have really made an impact. Over the years, this young, up-and-coming generation of directors has been well-represented on the Thalia stage by the likes of Gernot Grünewald, Bastian Kraft, Anne Lenk, Ersan Mondtag, Christopher Rüping and Charlotte Sprenger. In the final phase of his directorship, which continues up until 2025, Joachim Lux is inviting back two directors who worked closely with his predecessors Jürgen Flimm and Ulrich Khuon: Robert Wilson and Michael Thalheimer.

Thalia has reacted to our increasingly international urban society in times of globalisation, reflecting this in the programme. In 2009 we began the annual international Lessingtage theatre festival, acknowledging Hamburg’s very first cosmopolitan hero. Over the years, we have also welcomed countless directors from around the world to work with us in Hamburg, including Thorleifur Örn Arnarsson, Marina Davydova, Amir Reza Koohestani, Ewelina Marciniak, Tiit Ojasoo/Ene-Liis Semper and Toshiki Okada.

Furthermore, Thalia is well represented across the globe with our productions invited to stages in places like Sydney, Beijing, Shanghai, Bogotá and Santiago de Chile, as well as all of the major European festivals in Avignon, Edinburgh, Salzburg, Vienna, Moscow, St. Petersburg and Amsterdam. Thalia has already received invitations for the summer of 2022, including a fourth appearance at Avignon. Thalia will open the festival at the Cour d’Honneur du Palais des Papes – one of the biggest open-air theatres in Europe.

In 2011 Joachim Lux was awarded the Max-Brauer Prize for services to the cultural life of Hamburg, in particular his work on the Lessingtage Festival. In 2021 he was presented with the ‘Baltic Star International Award’ at the State Hermitage Museum in St. Petersburg for outstanding achievement in developing and consolidating humanitarian relationships in the Baltic region.