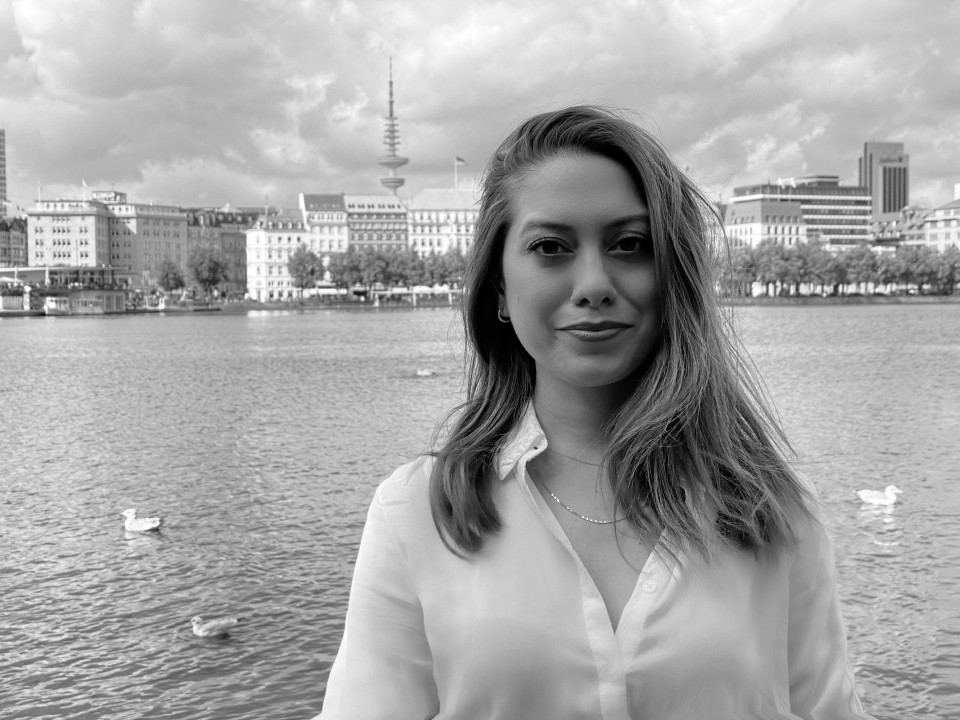 Born in Antalya in 1991, Elvin İlhan came to Germany for the first time in 2003, where she went to school in Bavaria until 2008. In 2009 she began to study ‘German Language and Literature’ at the Hacettepe University in Ankara. In 2013 she returned to Germany under a TEV-DAAD scholarship, to take a Masters in ‘German-speaking Literature’ (with a focus on cross-cultural literature and media studies) at the University of Hamburg. There, she worked as an undergraduate assistant on a project called ‘Shared experiences of migration in German-Turkish and Turkish film’ in co-operation with the German Institute at Istanbul University.

She worked at Thalia for the first time in 2017 during the ‘World Theatre’ Festival. She then took on dramaturgy placements on productions of ‘Orpheus. An artistic bastard tragedy’ (directed by Antu Romero Nunes) and ‘Six Suitcases’ (directed by Elsa-Sophie Lach).

Elvin İlhan joined Thalia as a permanent dramaturg’s assistant in 2020. In the season she is doing the dramaturgy of "Salon Tülüfülükülümülü" and "Purpurrausch oder Du stiller Ort geliebter Einsamkeit".

She has also been co-curating the transcultural festival "Nachbarşchaften - Komşuluklar" since the 2021&2022 season.