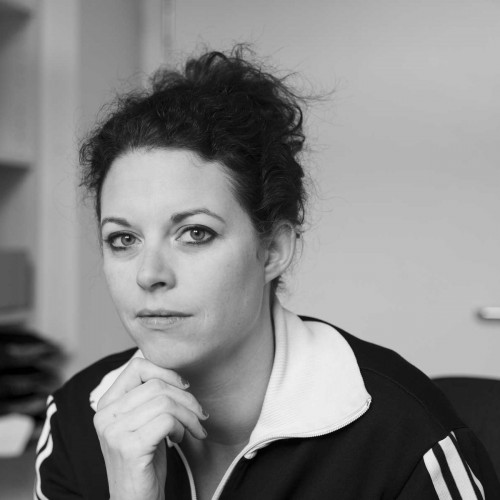 Christina Bellingen was born in Hilden in 1980. She studied Modern German Literature, Drama and Sociology at the Free University of Berlin, where she spent two years as a research assistant and tutor, focussing on the theory of comedy and tragedy. From 2006 to 2009, she worked as a director’s assistant at the Berlin Schaubühne, where she began her working relationship with Luk Perceval – when he moved to Thalia in 2009, she went with him as a permanent director’s assistant. She also worked as a dramaturg in a freelance capacity, on various different projects in Hamburg and Berlin. At Thalia she worked on the concept, dramaturgy and staging for productions of ‘Love Letters to Karl Marx’, the Randy Newman evening of song ‘American Derangement’, as well as the monthly ‘Thalia Actors’ Studio’ series. Working with director Luk Perceval, she wrote the stage adaptations of Hans Fallada’s ‘Every Man Dies Alone’ (invited to the 2013 Theatertreffen) and ‘FRONT’, a Thalia co-production with the NTGent in Belgium. They also collaborated on the adaptation of Günter Grass’ ‘The Tin Drum’ (2014/2015) and Fallada’s ‘The World Outside’.

In 2012, she worked with Jette Steckel and Carl Hegemann to set up the ‘Herzzentrum’ series, a journey through the work of author Navid Kermani, which has now had ten instalments.