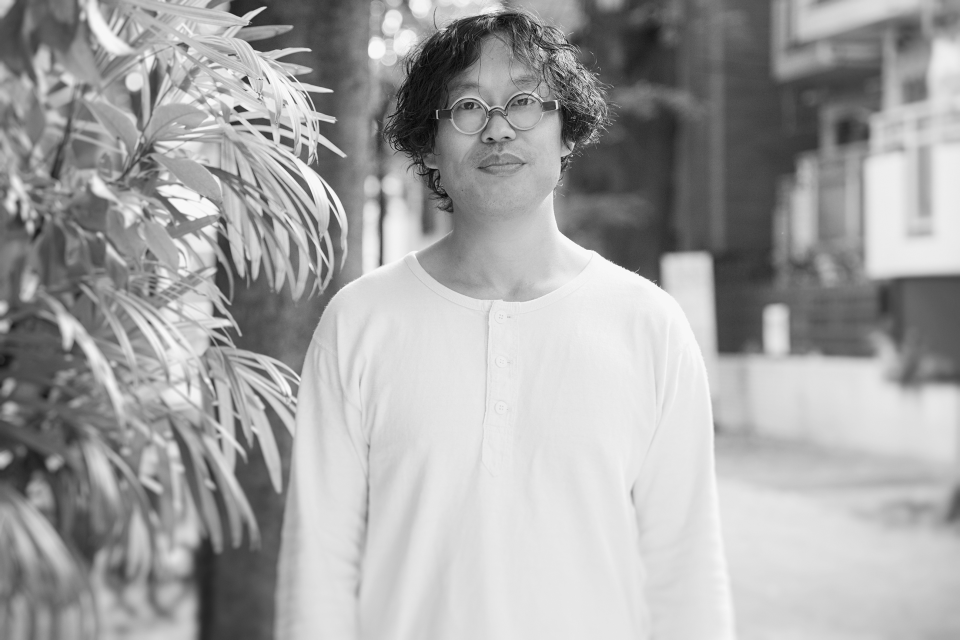 Born in Yokohama in 1973, Toshiki Okada is a dramatist and director. In 1997 he founded the Chelfitsch Company, where he writes and directs all of the plays. He is renowned for his idiosyncratic use of language and examining cultural change. Together with Chelfitsch, Okada has gained international recognition, and alongside performances in Asia and North America he regularly brings his productions to Europe, guesting at Hebbel am Ufer in Berlin, at the Vienna Festival, at the Kunstenfestivaldesarts Festival in Brussels and the Paris Festival d’Automne.

Toshiki Okada has received many awards for his work. His 2005 production of ‘Five Days in March’ was honoured with the renowned 49th Kishida Drama Award, and in the same year ‘Air Conditioner’ received the Kishida-Kunio Prize. Most recently, in 2020, he was given the Special Recognition Award at the Yomiuri Theatre Awards for his stage adaptation of ‘Pratthana - A Portrait of Possession’ by Uthis Haemamool.

From 2006 to 2007 he worked as the director of Summit, an annual theatre festival hosted by the Komaba Agora Theatre in Tokyo. Alongside his work as a director, he is also well known as an author. His story series ‘The End of the Special Time We Were Allowed’, translated into German in 2012 under the title ‘Die Zeit, die uns bleibt’ earned him the Kenzaburo Oe Prize.

From 2015 to 2020, Toshiki Okada regularly staged plays at the Munich Kammerspiele, most recently ‘The Vacuum Cleaner’, for which he received an invitation to the 2020 Berlin Theatertreffen.

„Doughnuts“ at Thalia Gaußstraße is his first Thalia production. It is invited to the 2022 Berlin Theatertreffen.

Invited to the Theatertreffen 2022

A foray into cutting-edge absurdist theatre: For ‘Doughnuts’, Toshiki Okada gathers together an illustrious group of internationally renowned, brilliant Japanese performers in a hotel foyer. Sophisticated, cosmopolitan types, representing either the academic establishment or the business elite, or both, we’re not exactly sure. It’s only something banal that slows them down – their taxi doesn’t arrive, possibly because of the fog outside. They can only wait, talk and move. They deliver sentences while performing complicated, highly-concentrated choreography from conflicting yet perfectly organic arm, leg and hip contortions. On top of this they build complex, incredibly precise sentences. They weigh up whether it would now be better to take the bus or wait a few minutes longer for the taxi, approaching the issue with steadfast rationale and relentless kindness. This regularly leads them to cleverly evaluated alternatives, which are so effectively blocked that nothing actually happens. Only the hotel sauna and the wifi function properly here: the world of doughnuts is smooth and circular, with a hole in the middle.