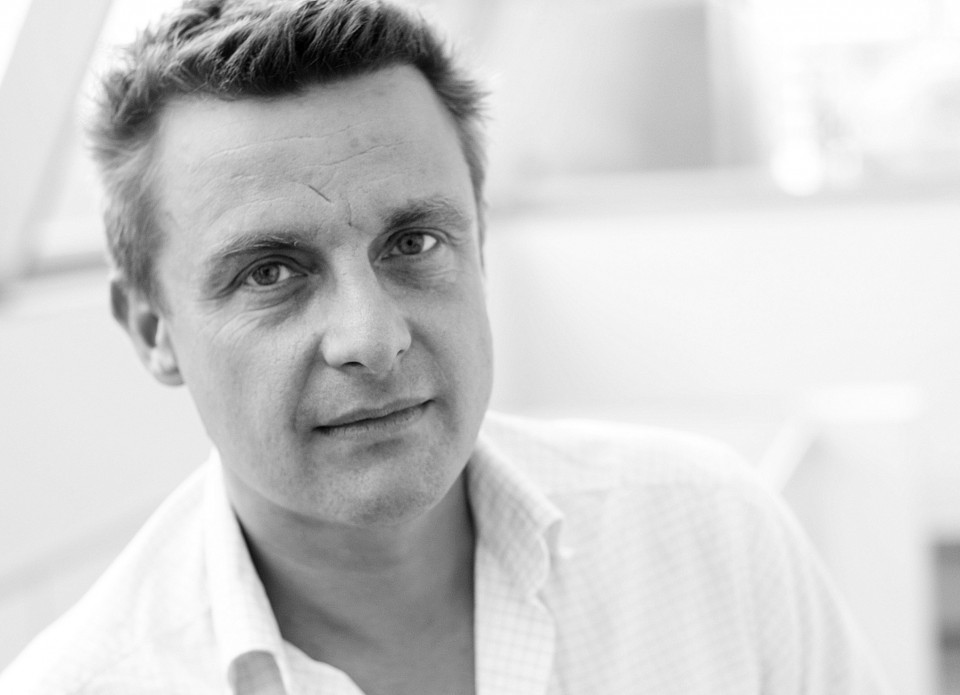 Born in Gießen in 1965, Stefan Pucher studied Theatre and American Studies in Frankfurt. During his studies, he began collaborating with Tom Stromberg, initially at ‘Theatre in the Tower’, then later at the Hamburg Schauspielhaus.

In the 1990s, Pucher experimented with various performance projects, playing with video, music samples and spoken texts. The highpoint came in 1997 with the ‘15 minutes to comply’ campaign at documenta x in Kassel, which opened the doors of the big city and state theatres for Pucher as a director.

Pucher began to apply his tried and tested methods to the classics of the theatre. In 2000 he began working closely with the Zurich Schauspielhaus, staging important productions including Shakespeare’s ‘Richard III’ and Frisch’s ‘Homo Faber’. Furthermore, this is where Pucher’s engagement with the work of playwrights Chekhov and Shakespeare began, which has continued through to the present day, with productions at notable theatres, for which he has developed his own artistic vocabulary; always in close collaboration with the set designers, costume designers and video team.

In 2005, the critics of ‘theater heute’ magazine named Stefan Pucher ‘Director of the Year’ for his production of Shakespeare’s ‘Othello’ at the Deutsches Schauspielhaus in Hamburg.

Stefan Pucher came to Thalia for the first time during the 2009/10 season with the project, ‘Andersen. Trip between worlds’ and returned in January 2012 with his production, ‘Quixote. Trip between worlds.’. This was followed by ‘A Midsummer Night’s Dream’ by Shakespeare, the world premiere of ‘Charles Manson: Summer of Hate - The Musical. A musical trip between L.A. and the Death Valley’ as well as ‘Waiting for Godot’ by Beckett.

In September 2017, Stefan Pucher brought Molière’s ‘Tartuffe’ to the main stage as well as Miller’s The Crucible in September 2018. In October 2020 he staged ‘Measure for Measure’ by William Shakespeare.