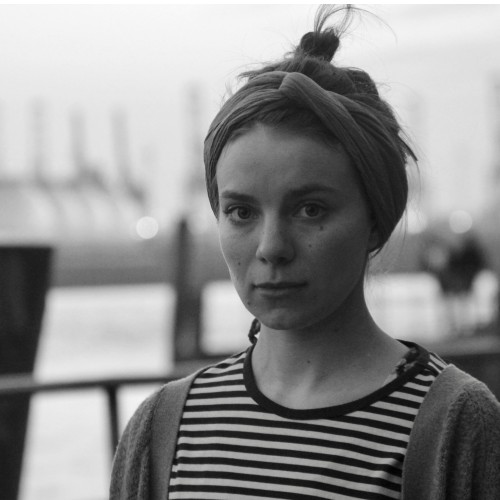 Born in 1991, Sophie Pahlke Luz completed her Masters in Scenic Arts at the NOVA University in Lisbon. While studying for her BA in Language, Literature and Cultural Studies in Lisbon, she assisted on productions at venues including the Deutsches Schauspielhaus and Thalia. Later she worked as a freelance assistant director at the Hamburg Kammerspielen.

In 2017 she directed the Embassy of Hope at Thalia. She began working as an assistant director at Thalia during the 2018/19 season, collaborating with directors including Antú Romero Nunes, Yael Ronen, Charlotte Sprenger and Kornèl Mundruczó.

During her time as an assistant director, Sophie directed a diverse range of staged readings and performances, including “European Balcony Project”, “Sober on World No Smoking Day” by Benjamin von Stuckrad-Barre and “Vision of A Future”. She is the co-founder of the “Voices from Exile” series and the “Collective | All That”, which she conceived and staged in the Nachtasyl bar as part of the support programme, "360° - Fund for Culture in the new urban society".

In 2021, she and Mohammed Ghunaim became Thalia’s diversity consultants.