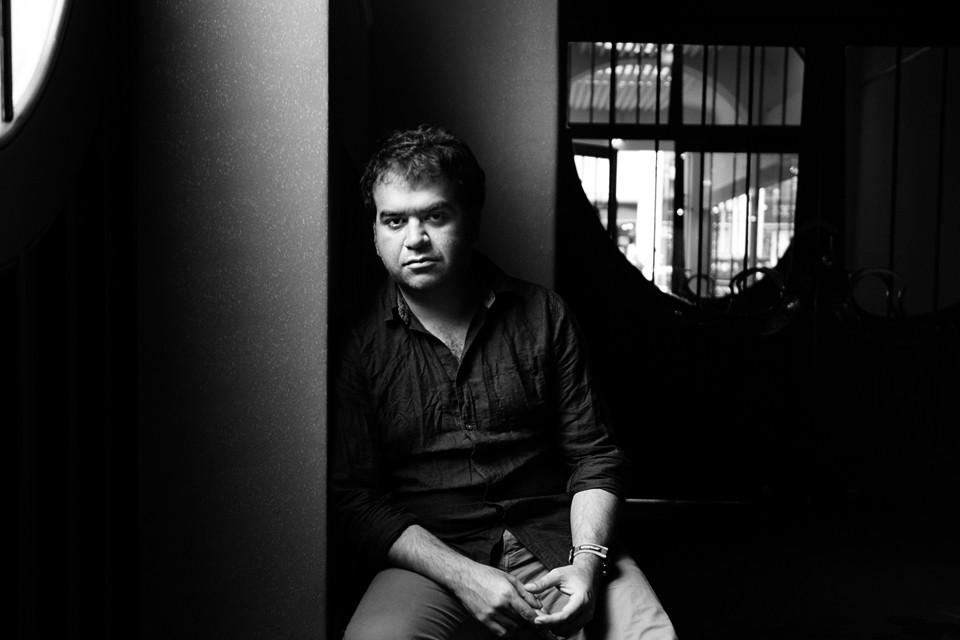 Amir Reza Koohestani was born in 1978 in Shiraz in Iran, and is now one of the most important Iranian theatre practitioners of his generation. Drawing on his experiences as a performance artist and filmmaker, he founded the Mehr Theatre Group in Tehran in 2001, whose first production, ‘Dance on Glasses’ brought Koohestani international recognition. After studying in Manchester for two years, he returned to Tehran, where he once again had success developing plays.

Koohestani has also presented his work across Europe for the past 15 years. Productions including ‘Amid the Clouds’, ‘Timeloss’ and most recently ‘Hearing’ received their premiere in Iran before being performed at events including the Kunstenfestivaldesarts Festival in Brussels, the Vienna Festival, the Oslo International Theatre Festival, the Zurich Theatre Spectacle, the Santarcangelo Festival in Italy and the Festival d’Automne in Paris. Koohestani has staged productions at many German theatres, including the Darmstadt State Theatre, the Freiburg Theatre and the Munich Kammerspiele. His work includes adaptations of Kamel Daoud’s novel ‘The Meursault Investigation’, Yasmina Khadra’s ‘The Attack’ and Shakespeare’s ‘Macbeth’. At the start of 2017, Koohestani collaborated with the ‘Tannhäuser’ at the Darmstadt State Theatre to stage his first opera. In 2019, he staged ‘Philoctetes’ by Heiner Müller at the Deutsches Theater in Berlin. In December 2020 he staged his production of ‘Woyzeck Interrupted’ by Georg Büchner, which was highly acclaimed for its examination of violence against women.

‘Transit’ based on the novel by Anna Seghers, is Amir Reza Koohestani’s first production at Thalia.