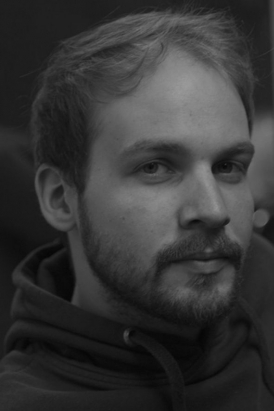 Born in Husum in 1986, Simon Janssen studied media technology and subsequently worked as a video assistant for the likes of Riedl&Ulfig and Meika Dresenkamp.

He has worked as a video artist since 2013, principally for theatres and opera houses. He creates his own video pieces for productions directed by the likes of Frank Düwel, Luise Kautz and Franz von Strolchen.

His collaborations with Franz von Strolchen have taken him to Austria and Macedonia. In 2017, a research trip to the Balkans led to the creation of a video and a production called ‘Impossible Vastness’. Simon Janssen collaborated with Frank Düwel on the project, ‘Storm – The Sea – The Spirits – You!’ in Hamburg, Husum and Sehgran.

Alongside his work on stage productions, he also creates theatre trailers, ‘Making Of’ films and completes other editing and camera work.