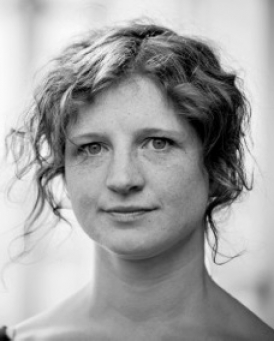 Raised in Hamburg, Ute Radler studied Visual Communication at the Weissensee Academy of Art in Berlin and the Universidad del Pais Vasco in Bilbao. During her studies she was already designing sets for short films. She designed an exhibition for the Art House Tacheles to mark the 20th anniversary of the reactor disaster at Chernobyl, and collaborated on exhibitions in Tokyo, Stuttgart and Berlin. After she graduated and earned her diploma, she designed her first sets at the Hamburg Laeiszhalle and the Hamburg Theatre Academy. She assisted Raimund Bauer and Jörg Kiefel at venues including the Zurich Opera House and Thalia in Hamburg. From 2011 to 2014 she worked there as a set design assistant, working alongside the likes of Annette Kurz, Stéphane Laimé, Matthias Koch and Florian Lösche. During this time, she also created her own set designs for productions such as ‘Story of the Festive Season’ (Directed by Maria Ursprung) and the TV series ‘TV Terra Pi’ and ‘World Journeys’. In 2014 she went freelance, working successfully as a set and costume designer at theatres including Lichthoftheater Hamburg (‘Animals United’, Directed by Maria Ursprung), the Darmstadt State Theatre (‘Paradise. Play Me the Song from the Start’, Directed by Maria Ursprung) and Thalia Theatre, Hamburg, (‘The Three Musketeers’, Directed by Peter Jordan and Leonhard Koppelmann and ‘The Animal Kingdom’, Directed by Christina Rast). Furthermore, she has designed scenery for productions including ‘In the End, you’re Dead’ (Directed by Daniel Lommatzsch) and exhibitions (at the Thalia Lessingtage Festival).