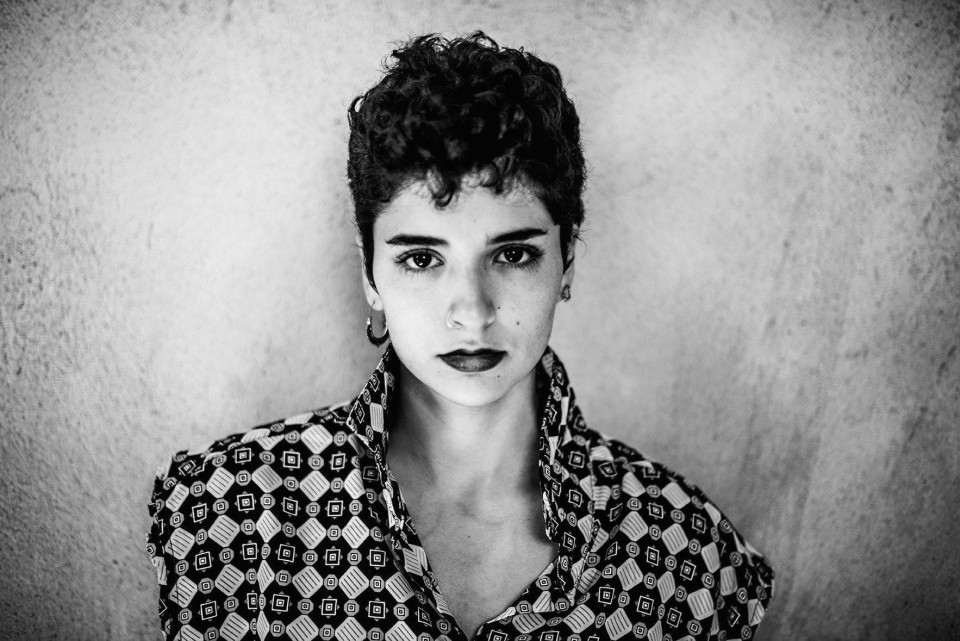 The Palestinian singer, composer and instrumentalist Rasha Nahas grew up in Haifa, where she developed her unique artistic identity and distinctive sound. Her sound consists of electric guitar combined with classical technique and a preference for violent as well as intimate storytelling paired with bold, blatant poetry and howling violins. Her tone moves seamlessly between the resonances of early rock n' roll and the echoes of free jazz.
Rasha Nahas has performed her music on many stages and internationally acclaimed festivals around the world including Glastonbury Festival, MIDEM, Sziget Festival, Palestine Music Expo, Sim Sao Paulo and countless performances in Europe, South and North America and the Middle East. Her debut album "Desert" will be released on 29. 01. 2021. Poetic vocalization, atmospheric, delicate passages of guitar and violins, and captivating tones of her Middle Eastern homeland run throughout her musical oeuvre.

In the production "Birds" she made her house debut at the Thalia Theater Hamburg.