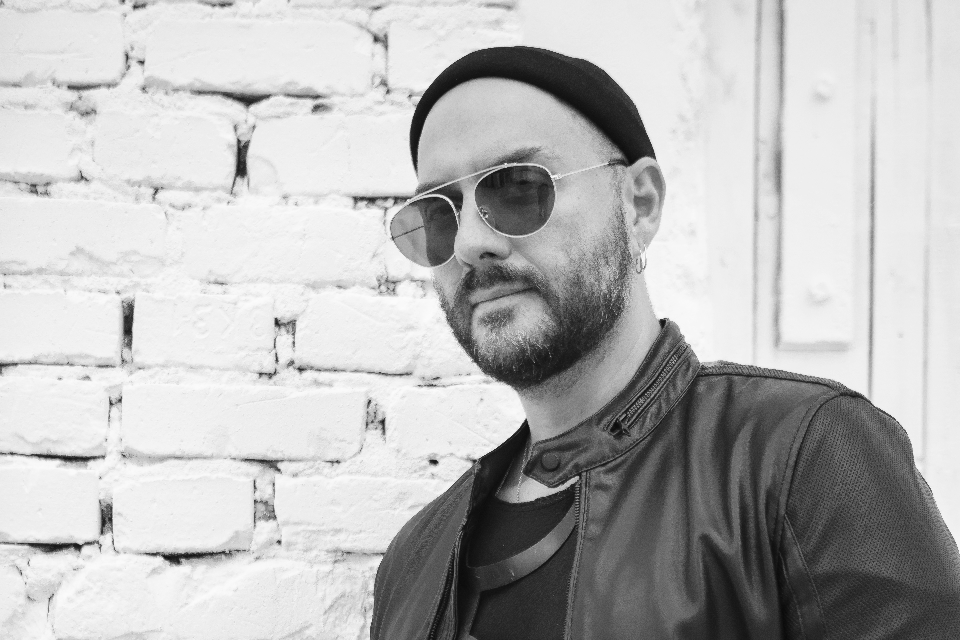 Born in Rosotov-on-Don in Russia in 1969, Kirill Serebrennikov is one of the most acclaimed directors of his generation. He works across all genres – theatre, opera, ballet, film and TV.  As a student he was already directing at a local theatre studio, and then at Rostow theatres from 1994. In 2001 he directed his first production in Moscow – ‘Plastilin’ by Wassilij Sigarjow – which was invited to European theatre festivals and recognised by arte.

He developed a particularly close collaboration with the Chekhov Moscow Art Theatre, where he not only worked as a director, but also stepped up to Acting Artistic Director for the 2011/2012 season, before becoming Director of the Acting and Directing course at the in-house theatre school in 2012. Together with his students, he formed the Seventh Studio, which later became part of the Gogol Centre in Moscow, which was under his artistic direction from 2012 through to 2021. In 2011 he began an experimental workshop project in Moscow by the name of ‘Platform’, which was part of the Winsawod Centre of Contemporary Art, where he was artistic director until 2014.

Kirill Serebrennikov has been honoured with countless awards including Russia’s National TV Award for Directing (1999), the East of West Award at the Karlovy Vary Film Festival (2005) and the Russian Theatre Prize, the Golden Mask (2012). His films have been recognised at the most important festivals including Cannes, Rome, Locarno and Venice. His musical theatre productions have gained recognition, in particular ‘The Golden Cock’ at the Bolshoi Theatre, ‘Falstaff’ at the Mariinsky Theatre and ‘American Lulu’, his first opera in Western Europe.

Kirill Serebrennikov’s theatre productions are regularly invited to international festivals including the Vienna Festival, the International Festival of New Drama at the Berlin Schaubühne and the Avignon Theatre Festival. In 2017 he was awarded the European Theatre Prize for his production, ‘New Realities’.

In 2012, Serebrennikov  helped establish the Gogol Centre in Moscow, which became Russia’s leading avantgarde theatre and a multi-faceted centre for international cultural exchange. In 2017 he was arrested on charges of alleged misappropriation of funds, and after a year-long house arrest he was sentenced to a three-year suspended sentence. In 2020 he was forced to give up directorship of the Gogol Centre; and he was not allowed to leave the country. The proceedings against Serebrennikov are an example of how Russia handles critical liberal artists, and this case inspired a wave of solidarity in the international artistic community, as well as many protests and petitions lodged to the highest political levels.

Despite all of these restrictions, Serebrennikov is active as an artist and is constantly working on new productions staged internationally, which he directs via digital communication, including ‘Nabucco’ at the Hamburg State Opera (2019), ‘Decamerone’ at the Deutsches Theater in Berlin (2020) and ‘Parzival’ at the Vienna State Opera (2021).

Kirill Serebrennikov has only been able to stage one production in Western Europe in person – Anton Chekhov’s ‘The Black Monk’ at Thalia in Hamburg. The rehearsals proved adventurous, and became something of a historic document: They began in Moscow in November and December 2021, because Kirill Serebrennikov was not allowed to leave Russia on political grounds. In the end, the Hamburg team travelled to Moscow in the middle of a Russian coronavirus lockdown. In January, to everyone’s surprise, Kirill Serebrennikov was given permission to travel for the first time, and could oversee the premiere of his production in Hamburg himself. One day later he returned to Moscow, despite his difficult situation. As the political circumstances and the Russian invasion of Ukraine intensified, Kirill Serebrennikov protested against the war, left his home country and moved to Germany. He is currently ‘Artist in Residence’ at Thalia and is staging two new productions in the 2022/23 season, both of which will be performed by German-Russian mixed ensembles.