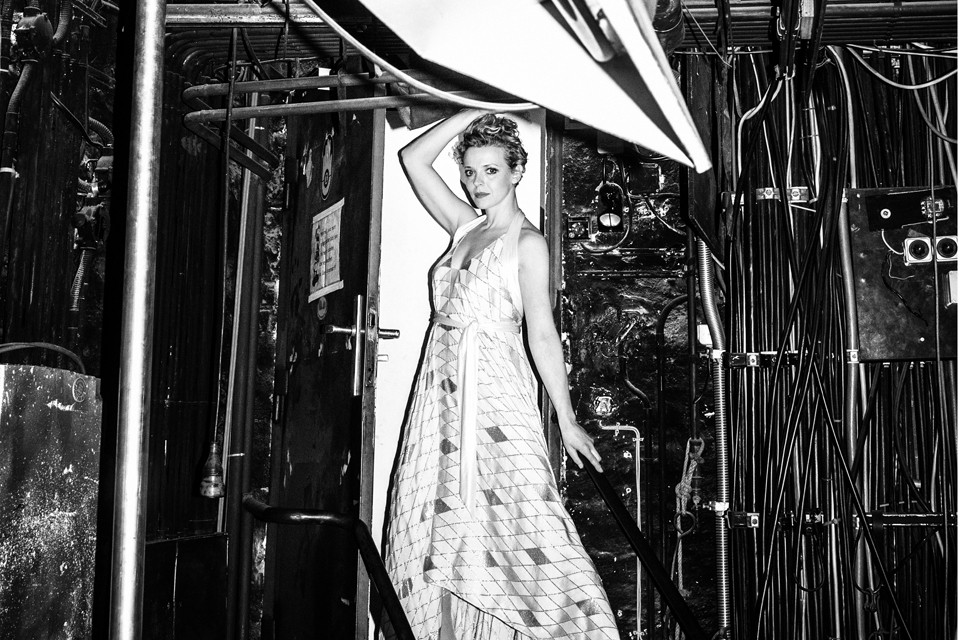 Patrycia Ziolkowska was born in Poland, near the Belarus border, in 1979. She was still very young when she and her parents left the town she was born in, Sokolow Podlaski, and headed in the direction of the Rhineland. She was 17 years old when she began her course at the Westphalian School of Drama in Bochum. She worked with Leander Haußmann on his production of Shakespeare’s ‘Measure for Measure’ while she was still a student. This was followed by guest roles at the schauspielhannover, the Deutsche Schauspielhaus in Hamburg and the Volksbühne in Berlin. At the Schauspiel Bonn she eventually got to know directors Thirza Bruncken and Stefan Otteni, who made her their leading lady. Ziolkowska played Polly in Brecht/Weill’s ‘Dreigroschenoper’, Ellida Wangel in ‘Frau vom Meer’, Marie in Büchner’s ‘Woyzeck’ and starred in Schiller’s ‘Johanna von Orleans’. In 2007 Luk Perceval signed her up for his Molière project, which had its premiere at the Salzburg Festspielen and was then performed at the Berlin Schaubühne. At the Schauspiel in Cologne she played Kreimhild in Hebbel’s ‘Nibelungen’ under the direction of Karin Beier, for which was named ‘Best Lead Actress’ at the NRW Theatre Festival and was nominated for the German theatre prize, the ‘Faust’. Further plays with Karin Beier, Laurent Chetouane and Nicolas Stemann followed in Cologne. As early as 2001, Fatih Akin discovered her and cast her in ‘Solino’. In 2006 the multi-award winning film ‘Auf der anderen Seite’ had its premiere in Cannes and earned Ziolkowska a nomination for the ‘Undine Award’.

Patrycia Ziolkowska joined the Thalia ensemble as a regular member during the 2009/2010 season.

She was awarded the 2012 Rolf Mares Prize for Outstanding Dramatic Achievement in ‘Faust’.