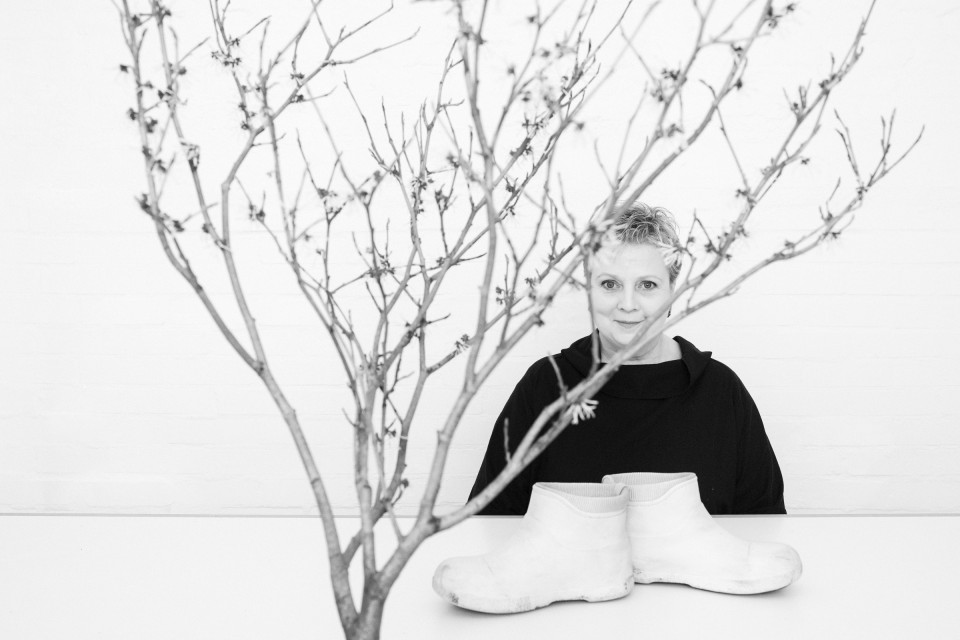 Gabriela Maria Schmeide grew up bilingual, the daughter of Sorbian parents in Bautzen. After her father fled to the West, she was no longer able to study medicine in the former GDR. So when she left school she initially worked as a prompter at the Bautzen Theatre. After training in song and violin she studied at the Ernst Busch Academy of Dramatic Arts in Berlin. She got her first job at the Berliner Ensemble and in 1992 ‘Theater heute’ magazine named her Best Female Newcomer of the Year. In 1994 she was awarded a prize by the Academy of the Arts. From 1994 to 2009 she joined the ensemble at the Bremen Theatre, initially as a permanent member and later as a guest. During this time she worked with the likes of Andrej Woron, Karin Henkel, Peter Palitzsch and Konstanze Lauterbach. In 1996 Friends of the Bremen Theatre awarded her the Kurt Hübner Prize for outstanding artistic achievement. Gabriela Maria Schmeide came to Thalia under the artistic directorship of Joachim Lux. In 2013 her performance as ‘Zerlina’ in Antú Romero Nunes’ production of ‘Don Giovanni’ earned her the Rolf Mares Prize for ‘Outstanding Performance’.

In 2011, her performance in the title role of Andreas Dresen’s film ‘The Policewoman’ earned her the Adolf Grimme Prize. This role led to parts in many other film and TV productions including ‘Halfway Up the Stairs’ (directed by Andreas Dresen), ‘The Uprising’ (directed by Hans-Christoph Blumenberg), ‘Life Would Be Nice’ (directed by Kai Wessel), ‘The White Ribbon’ (directed by Michael Haneke) and ‘The Hairdresser’ (directed by Doris Dörrie). Her supporting role as a social worker in ‘System Crasher’ (directed by Nora Fingscheidt) earned Gabriela Maria Schmeide the 2020 German Film Prize.

Gabriela Maria Schmeide joined the Thalia ensemble as a permanent member ahead of the 2009/10 season.