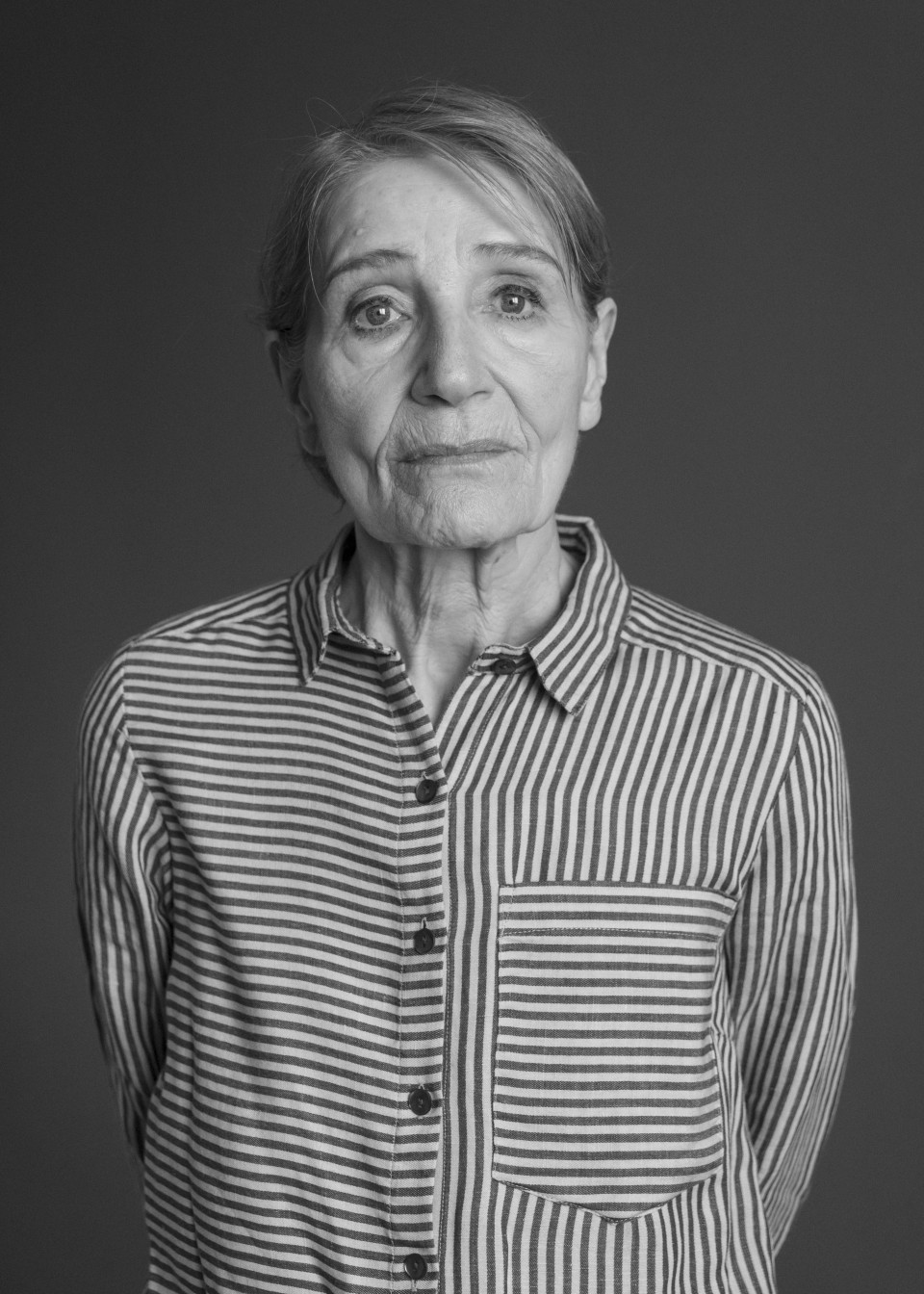 Barbara Nüsse, born in Essen in 1943, studied acting at the Otto Falckenberg School in Munich. She worked with Hans Lietzau at the Residenztheater in Munich, in Cologne with Hansgünther Heyme and Roberto Ciulli, and in Stuttgart and Bochum with Claus Peymann and Niels-Peter Rudolph, among others. From 1980-1985 Barbara Nüsse was engaged at the Schauspielhaus Hamburg and from 1986-1989 at the Schillertheater Berlin. She developed her own projects with the director Ulrich Waller, such as "Penelope", the monologue of Molly Bloom from "Ulysses" by James Joyce, at Kampnagel in 1986. From 1989 she worked in Basel, Düsseldorf, Cologne, Zurich, Munich and Hamburg with Barbara Bilabel, Kazuko Watanabe, Thirza Bruncken, Elke Lang, Werner Schroeter, Wilfried Minks, B.K. Tragelehn, David Mouchtar-Samourai and Christoph Marthaler.

She has been awarded various prizes and honours, including the Gertrud-Eysoldt-Ring 2009 of the city of Bensheim in March 2010, which was presented to her primarily for her performance as "King Lear" (Schauspiel Köln, directed by Karin Beier). In 2018, Barbara Nüsse was awarded the German Theatre Prize Der Faust in the category Best Acting Performance in Drama (for her role "Prospero" in "The Tempest. A Lullaby for Suffering", directed by Jette Steckel).

Since the 2010/11 season Barbara Nüsse has been an ensemble member of the Thalia Theater, where she has worked with directors Nicolas Stemann and Johan Simons, among others. She has a close working relationship with the director Luk Perceval.